From the Archive: When Oregon’s governor moonlit as synagogue president 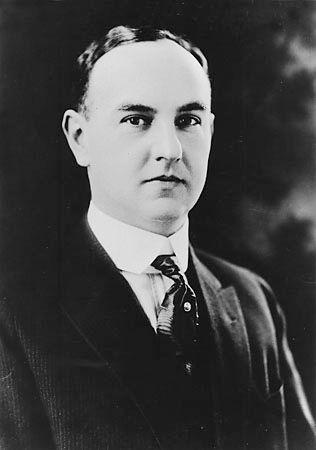 In 1930, Julius Meier was elected Oregon’s first Jewish governor, and at a time when many prominent Jews downplayed their heritage, he openly celebrated his. (Oregon Historical Society)

While Portland’s allure for hipster Jews is a relatively new phenomenon, the Pacific Northwest city and its surrounding state have been hospitable to Jews for decades. In 1930, Oregon elected its first Jewish governor, Julius Meier, and JTA reported that the election “carries on the tradition of Jews holding unusually high political offices in Oregon, one Jew having been United States Senator, several mayor of Portland and others speaker of the legislature and president of the state senate.”

A Republican, Meier headed the Meier-Frank department store, which had been founded by his father. At a time when many prominent American Jews were wary of drawing attention to their background, the Portland-born attorney/businessman was remarkably active in his local Jewish community. In covering his election victory, JTA wrote:

Mr. Meier is very active in Jewish communal life, among his philanthropies being the establishment of a B’nai B’rith center and summer camp for boys and girls. He is a trustee of Temple Beth Israel, president of the Portland Jewish Shelter Home and prominent in B’nai B’rith work. 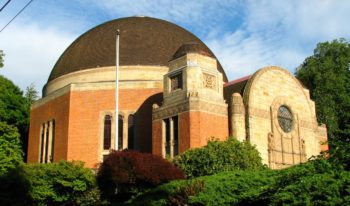 His Jewish involvement continued even after his governorship began, with Meier, soon after his election, welcoming a delegation from Poland’s Chofetz Chaim yeshiva and donating a scholarship to the institution “after listening with great interest to the story of the work that is being done by this Yeshivah in educating rabbinical scholars for Eastern Europe.” (The yeshiva ceased functioning during World War II, but was later re-established in New York.)

Not only did he continue to be active in Jewish life, he even took on the job of synagogue president at Beth Israel, his Reform congregation. And toward the end of his term, he headed the Portland branch of the “American Palestine Campaign for the settlement of German Refugees in Palestine.”

As governor, according to the Oregon Historical Society’s Oregon Encyclopedia, Meier “advanced many progressive innovations and reforms that have since been enacted and have had a tremendous impact on the state”:

Faced with the realities of the Depression, Governor Meier was forced to cut many state services, including higher education, in an effort to address the budget deficit. At the same time, he promoted relief programs to ease the effects of unemployment. He is recognized for his advocacy of old-age pensions and public power and for the establishment of the Oregon State Police, the Liquor Control Commission, and the State Board of Agriculture. He fought for the maintenance of state forests, highway beautification, and the protection of beaches. 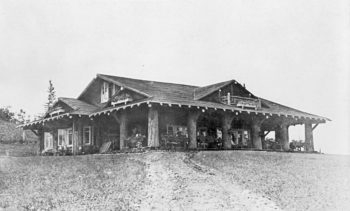 Although he completed his four-year term, Meier chose, for health reasons, not to run for re-election. He retired to the country retreat he had purchased in 1914 and named Menucha, Hebrew for rest and relaxation. The estate, where he died of a heart attack in 1937, hosted such luminaries as Presidents Herbert Hoover and Franklin D. Roosevelt. Somewhat ironically, the Hebrew-named country retreat of Oregon’s first Jewish governor is now owned by Portland’s First Presbyterian Church, which operates a retreat and conference center there.

Menucha still has Jewish ties, however: Portland’s Shir Tikvah holds a Shabbat retreat there every other year.