5 takeaways from the Israeli election 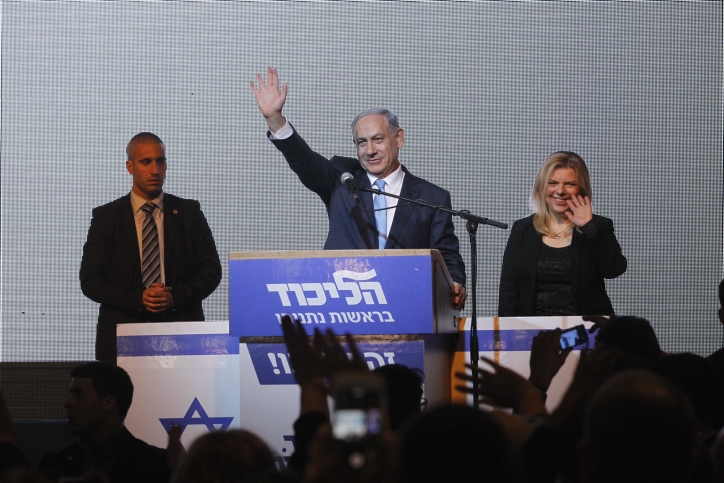 (JTA) – In the United States, the magic number on Election Day is 270, the number of Electoral College votes needed to win the presidency. In Israel, it’s 61, the number of seats needed to capture a majority in the 120-seat Knesset — and with it, the premiership.

With Prime Minister Benjamin Netanyahu’s Likud party at 30 seats, far ahead of Isaac Herzog’s Zionist Union (24 seats), the question now is who will join Netanyahu in the coalition? There are a few things to consider as the next Israeli government takes shape.

1. Netanyahu is in a stronger position than before. The prime minister acquired several advantages in the election. First, he can extend his premiership for another four years, possibly to become Israel’s longest-serving prime minister: David Ben-Gurion served for a total of 13 years; Netanyahu has nine.

Second, by soundly defeating Herzog and significantly improving Likud’s position in the Knesset from 18 to 30, Netanyahu can claim a fresh mandate.

Third, the prime minister can build a more stable coalition than last time. With just the Orthodox and right-wing parties — Jewish Home (8), Shas (7), Yisrael Beiteinu (6) and United Torah Judaism (6) —  Netanyahu gets to 57 seats. Kulanu, the center-right party led by ex-Likudnik Moshe Kachlon and the winner of 10 seats, easily could complete the coalition. Netanyahu no longer needs Yesh Atid’s Yair Lapid, with whom friction ultimately prompted the prime minister to dissolve his government and call for new elections. Yesh Atid slipped to 11 seats from 19.

2. The left wing failed to gain ground. Herzog has emerged to become the face of the left, but the left wing isn’t really in a better position than before. The left’s share of Knesset seats remains relatively unchanged — 28 compared to 27 in the current Knesset — but the party labels have changed. Now Zionist Union has 24 seats and Meretz four, whereas before the left wing’s 27 seats were distributed among Labor, Hatnuah and Meretz.

If you throw the Joint Arab List (14) in with the left-wingers (Netanyahu does), that brings the left to 42 seats in the new Knesset, up from 40 last time around.

3. The kingmakers will be the centrists. The Knesset’s two centrist parties together won 21 seats on Election Day — 11 for Yesh Atid and 10 for Kulanu. Barring the unlikely event of a unity government, one or both of them will be a must-have to reach the magic number of 61.

Given Netanyahu’s problems with Yesh Atid and the composition of Kulanu’s list, Kulanu is the clear favorite. The party boasts a number of veterans of right-wing parties, including Kachlon (ex-Likud), Michael Oren (served as Israel’s ambassador to Washington under Netanyahu) and Tali Floskob (mayor of Arad and a former Yisrael Beiteinu member). Two deputies to Jerusalem’s right-wing mayor, Nir Barkat, also are on the Kulanu list.

The enduring strength of the centrist parties — even though much of it came at Yesh Atid’s expense — also demonstrates the seriousness with which Israeli voters consider the socioeconomic issues that Kulanu and Yesh Atid made the centerpiece of their campaigns. Israeli elections are no longer just about security, particularly at a time when few Israelis see a viable way to overcome the morass with the Palestinians and the threats posed by upheaval in the Arab world.

4. The Arabs are a force to be reckoned with. The forced combination of the Knesset’s Arab parties into the Joint Arab List — prompted by a new rule raising the minimum threshold for entry into the Knesset to 3.5 percent of votes cast — has strengthened their hand. Even though Arab-Israeli turnout was lower than Jewish-Israeli turnout, it was still higher than usual. Now the Arabs control three additional Knesset seats and have a more unified voice.

5. Netanyahu showed his true colors. The prime minister did two things in the final hours of Israel’s election campaign that make it difficult to see how he will repair Israel’s image overseas and its frayed relationship with the United States.

One was his open acknowledgment in an interview published Monday that he opposes Palestinian statehood.

“I think anyone who is going to establish a Palestinian state and to evacuate territory is giving radical Islam a staging ground against the State of Israel,” Netanyahu told the Israeli website NRG. “This is the reality that has been created here in recent years. Anyone who ignores it has his head in the sand.”

When asked point blank “If you are a prime minister, there will be no Palestinian state?” Netanyahu responded, “Indeed.”

The second was Netanyahu’s brazen warning on Election Day that Likud supporters ought to rush to the polls because Arab-Israelis were turning out in large numbers.

“Right-wing rule is in danger. The Arab voters are coming in huge numbers to the polls. The left-wing organizations are bringing them in buses,” Netanyahu said in a message posted Tuesday on social media urging followers to vote for Likud. “With your help, and with God’s help, we will establish a patriotic government that will safeguard the State of Israel.”

UPDATE: This story was updated on March 18, 2015, to reflect revised election returns.