Will Netanyahu’s campaign rhetoric cause further estrangement with Washington? 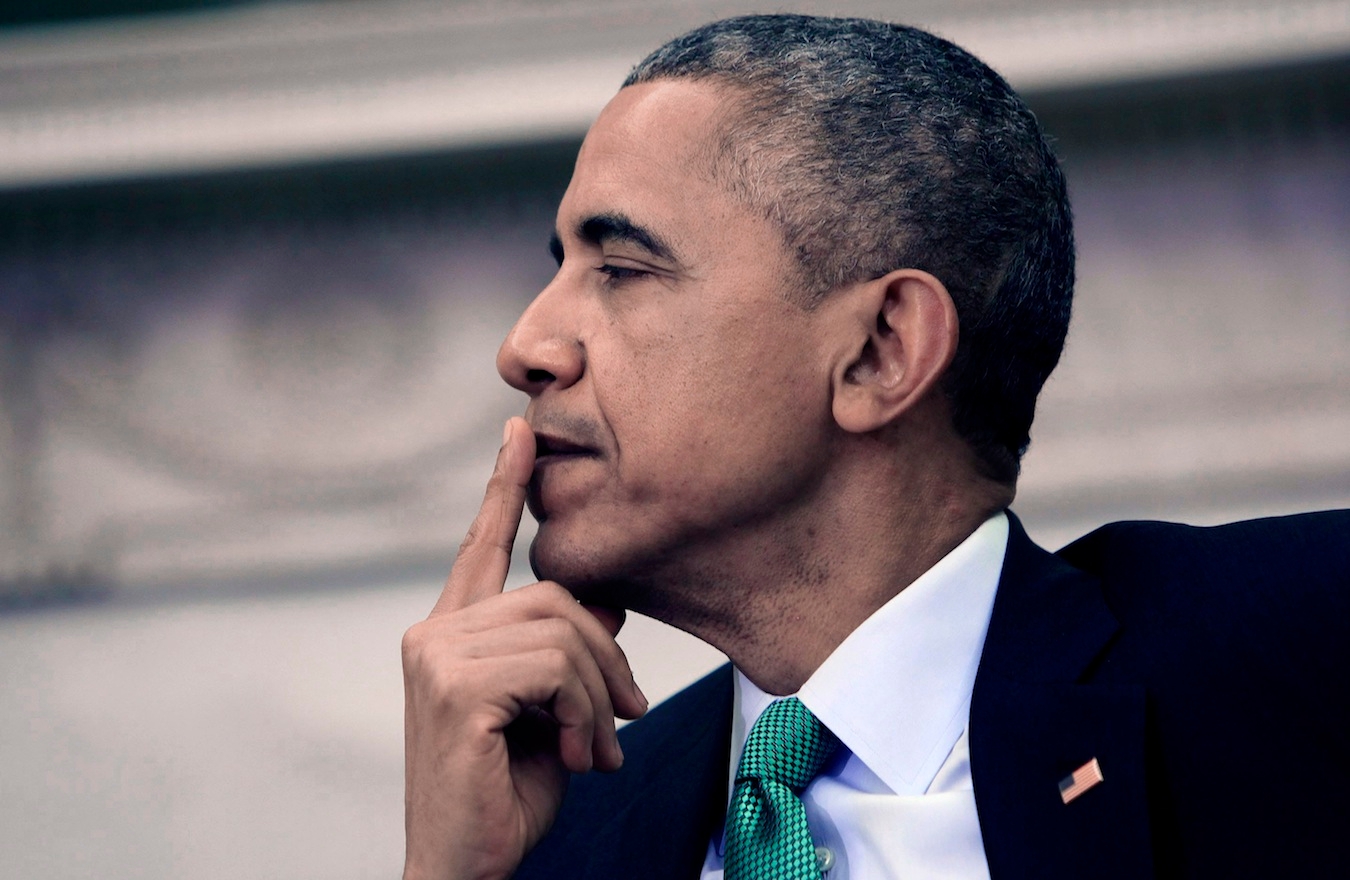 A spokesperson for President Barack Obama said the president would not congratulate Israeli Prime Minister Benjamin Netanyahu until after he had been formally charged with forming a coalition government. (Dennis Brack-Pool/Getty Images)
Advertisement

WASHINGTON (JTA) — The Obama administration’s first response to news that Benjamin Netanyahu had been reelected as prime minister of Israel appeared to be avoidance.

White House spokesman Josh Earnest told reporters on Wednesday that the president would wait until Netanyahu had been formally charged with forming a government before congratulating him, although several European leaders and U.S. Republicans had already done so.

David Simas, the White House director of political strategy, managed to avoid even mentioning Netanyahu’s name when asked about the election by CNN on Wednesday.

Netanyahu’s relationship with the White House already was tense before Israelis handed him a third consecutive term as prime minister on Tuesday. But three actions ahead of the election further soured ties.

First, there was Netanyahu’s March 3 speech to Congress, arranged with Republicans without the knowledge of the White House. Then the day before the Israeli vote, in an interview with the Israeli website NRG, Netanyahu rejected a central plank of American policy in the region when he declared that there would be no Palestinian state established under his watch as prime minister, reversing a position he has held since 2009. And on Election Day itself, he urged his supporters to go the polls by warning that “Arab voters are coming out in droves.”

“The United States and this administration is deeply concerned about rhetoric that seeks to marginalize Arab-Israeli citizens,” Earnest told reporters. “It undermines the values and democratic ideals that have been important to our democracy and an important part of what binds the United States and Israel together.”

David Axelrod, a former top adviser to President Barack Obama, suggested on Twitter that Netanyahu’s election eve tactics may have won him the race, but at a price.

“Tightness of exits in Israel suggests Bibi’s shameful 11th hour demagoguery may have swayed enough votes to save him,” Axelrod wrote, referring to exit polls that showed Netanyahu faring much better than late polling had forecast. “But at what cost?”

Netanyahu’s rejection of two states would seem to preclude not merely the restarting of Israeli-Palestinian peace talks but any sort of rapprochement with Washington. However, some in the pro-Israel community were quick to point out that Netanyahu’s pronouncement on a Palestinian state is not necessarily permanent and that election rhetoric does not always translate into policy.

“If every candidate in every country were held to the statements they made, they’d all be in big trouble,” said David Harris, the executive director of the American Jewish Committee, who nevertheless acknowledged that his organization was “concerned” about Netanyahu’s statement.

Natan Sachs, an Israel expert at the Brookings Institution’s Center for Middle East Policy, said it may be too late to dismiss the rift as politics as usual.

“Bilateral relationships are damaged beyond repair,” Sachs said. “They have to work together, but there’s no trust among the leaders and there won’t be in the last two years of the Obama administration.”

Ilan Goldenberg, a former senior adviser to Kerry on Israeli-Palestinian peace talks, said Netanyahu’s actions would make it harder than ever for U.S. officials to sustain the intimacy of the alliance, particularly when it comes to defending Israel in international forums.

“What Netanyahu said publicly — ‘No two-state solution on my watch’ — which is something this administration believes in strongly,” said Ilan Goldenberg, a senior fellow at the Center for a New American Security. “You have video of Netanyahu sitting there diagramming how settlements are to keep Palestinians from having two states.”

Goldenberg was referring to the NRG interview, conducted during Netanyahu’s visit to the Jerusalem neighborhood of Har Homa on the eve of Election Day, during which he said he had authorized construction of the neighborhood in 1997 to prevent contiguity between Bethlehem and Arab neighborhoods in eastern Jerusalem.

Netanyahu could soon have yet another opportunity to clash with the Obama administration: the March 24 deadline for an interim outline deal with Iran on its nuclear program.

“We’ll see more confrontation in Washington, including Netanyahu trying to galvanize support if a deal is reached,” Sachs said.

U.S. officials have emphasized repeatedly that the fundamentals of the U.S.-Israel alliance, including close intelligence sharing and security cooperation, remained sound, and they reiterated that position this week. On Tuesday, Earnest said before voting had concluded that Obama was confident of his ability to work with whomever Israelis chose as their leader.

But Sachs said there could be longer-term damage because of how Netanyahu is now perceived as leaning more toward Republicans. The perception was bolstered by the fact that several Democrats in Congress known for their closeness to Israel either had not weighed in by midday Wednesday or had seemingly gone out of their way to avoid any mention of Netanyahu.

“Now that the Israeli elections are over, I hope that Israel and the United States can resume the close, mutually supportive relationship we have had since President Harry Truman made sure that the U.S. was the first nation to recognize the State of Israel,” said Rep. Grace Meng (D-N.Y.), who has been a leader on pro-Israel issues.