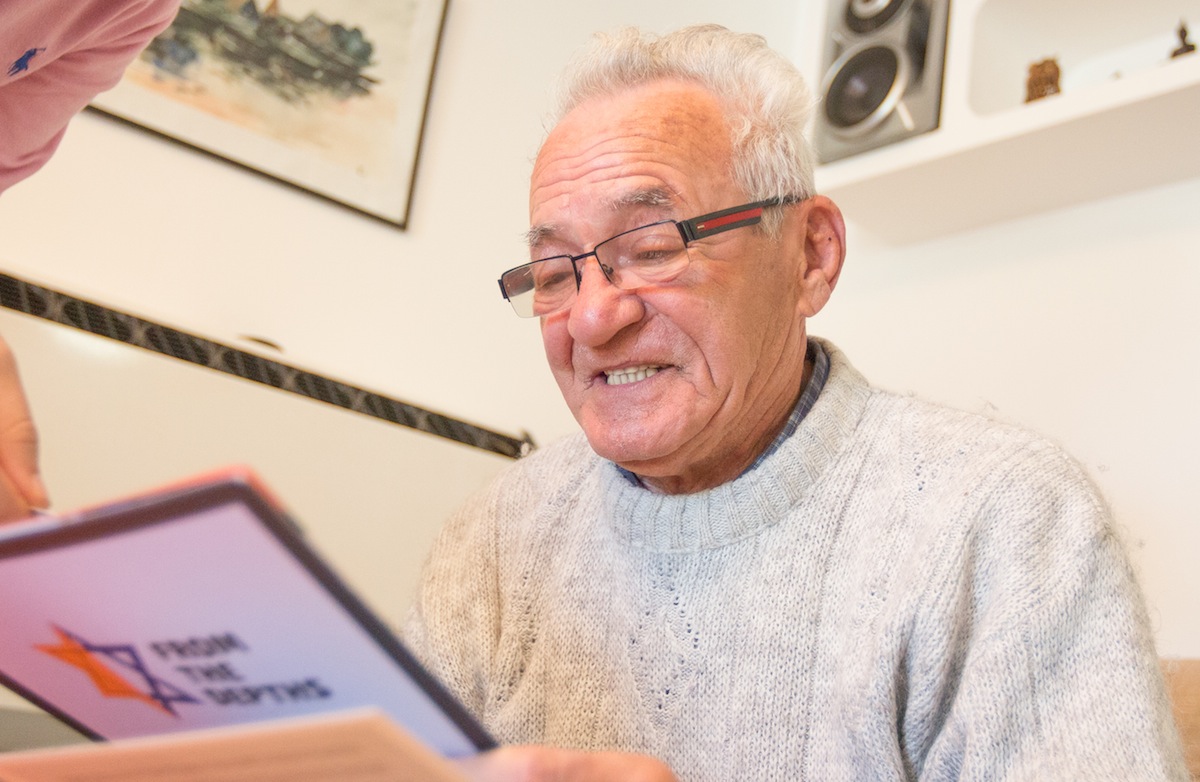 Holocaust survivor Moshe Tirosh spent three weeks hiding from the Nazis underground at the Warsaw Zoo. (From the Depths)
Advertisement

WARSAW (JTA) — In a carriage bound for the Warsaw Zoo, Moshe Tirosh could sense his parents’ fear and the strong odor of alcohol wafting from the direction of the driver and his horse.

The trepidation that rainy night in 1940 was from the Nazi soldiers guarding the Kierbedzia Bridge separating the family’s home from the zoo where they hoped to find shelter. As for the smell, it was the result of a successful ruse designed by Tirosh’s father to get them there safely.

His father, a carpenter, had instructed the driver to douse himself with vodka so the Nazi guards on the bridge, aware of German stereotypes about Polish drinking habits, would wave them through without inspection.

“The risk was enormous, but my parents knew that our only chance of survival was getting to that zoo,” recalled Tirosh, 78. 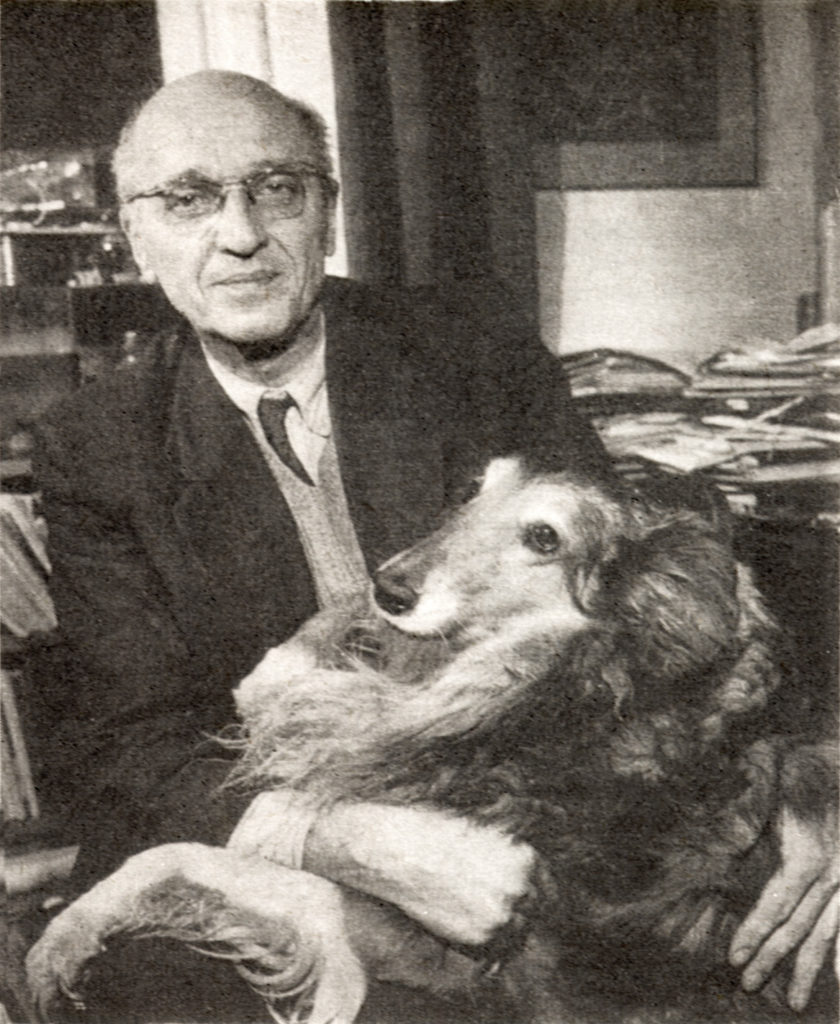 Jan Zabinski, the director of the Warsaw Zoo, helped shelter hundreds of Jews during the Holocaust. (Wikimedia Commons)

Tirosh is one of 300 Jews whose lives were saved thanks to the little-known heroism of the menagerie’s director, Jan Zabinski, and his wife, Antonina. A lieutenant in the Polish resistance, Zabinski sheltered the Jews in underground pathways connecting the animal cages. He also used the zoo to store arms for the resistance.

A meticulous scientist whose curt style could sometimes come across as uncourteous, Zabinski also cut an intimidating figure.

“When Zabinski gave an order, people did what he said,” said Jan-Maciej Rembiszewski, the zoo’s director from 1982 to 2006, who began volunteering there after the war. “I’m sure even the Nazis respected his authoritarian style, which allowed him to run the place as his own fiefdom.”

Next month Tirosh, who now lives in Israel, will return to the zoo for the opening of a museum celebrating the Zabinskis’ heroism. In an interview at his home in Karmiel, Tirosh, a retired career officer in the Israel Defense Forces, recalls having a much different reaction to Antonina, a cheerful teacher who enjoyed painting and playing the piano.

“I was only 3 1/2 years old, but I was already a suspicious war child out of the ghetto trained in keeping quiet for hours,” recalled Tirosh, whose parents told him to pray loudly to Jesus if he was ever seen alone by strangers lest he be taken for a Jew. “But when I saw Antonina, I told my mother, ‘I think we’ll be alright here.’”

Tirosh spent three weeks at the zoo, where he lived in a windowless underground room with his younger sister receiving food from the Zabinskis and their son, Ryszard. For safety reasons, Tirosh’s parents stayed in a different chamber in the underground maze.

By the time Tirosh reached the zoo, many of the animals had been killed — some in hunting parties that Nazi officers held there — or shipped off to German zoos. Determined to keep the zoo running because of its value for the resistance, Zabinski turned it into a pig farm, according to “The Zookeeper’s Wife,” a 2007 book about the Zabinskis. Sometimes Zabinski would smuggle pig meat into the Jewish ghetto, where the prohibition on its consumption had been largely abandoned because of a Nazi starvation policy that had Jews living on a diet of 187 calories a day.

At the zoo, Antonina communicated with her Jewish guests through a musical code, Tirosh recalls. 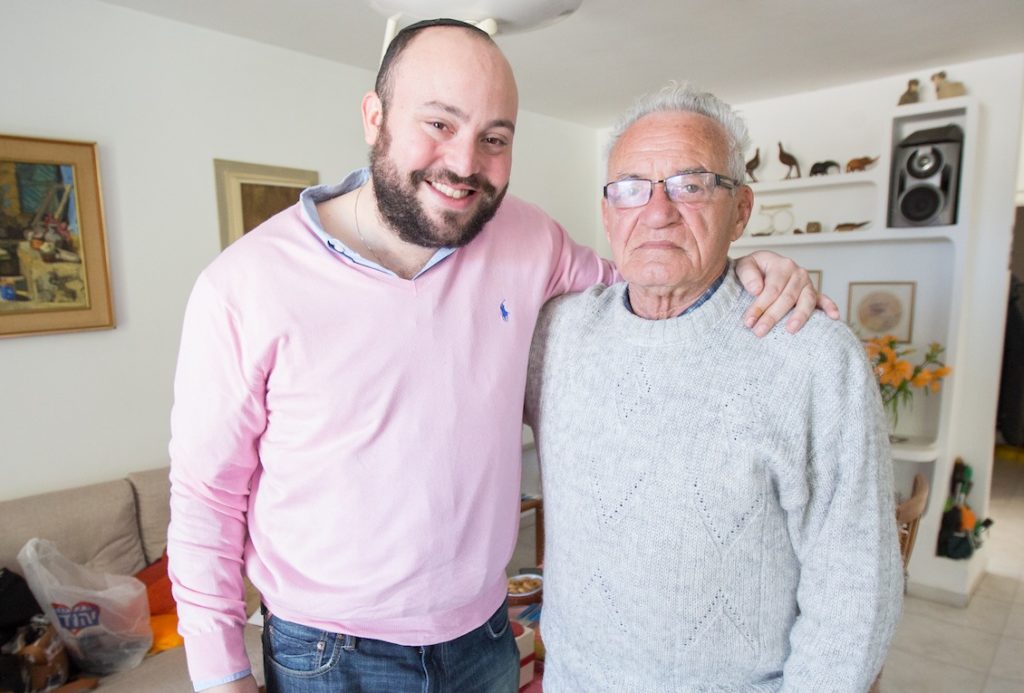 Moshe Tirosh, right, with Jonny Daniels, the founder of From The Depths, a Holocaust commemoration organization that helped create a new museum at the Warsaw Zoo. (From The Depths)

“She played for us one piano tune and told us to sit tight and be very quiet if we heard that music, and then another tune to indicate the danger was over,” he said.

One day, Antonina gave Tirosh and his sister red hair dye to hide their natural black hair and make them look less Jewish. When the children emerged from the bathroom, Antonina’s son said they looked like squirrels, which became their code name. Tirosh says his confinement at the zoo was one of the few periods during the war when he remembers no pain or suffering.

After leaving the zoo, Tirosh and his sister went to live with Christian foster families, where he suffered abuse and disease and nearly died. After the war, Tirosh was reunited with his family. His father died of a heart attack in 1948 and the rest of the family immigrated to Israel in 1957.

Antonina died in 1971 and her husband in 1974. The Yad Vashem Holocaust museum in Jerusalem recognized both Zabinskis as Righteous Among the Nations in 1965.

The new museum, in which visitors can tour the Zabinskis’ old villa at the zoo and the renovated maze of tunnels, also includes the piano on which Antonina warned her charges of approaching Nazis.

“This museum is not going to be a huge one, but from a commemoration point of view it’s among the most important of its kind because of the target audience — children,” said Jonny Daniels, the founder of From The Depths, a Holocaust commemoration organization that initiated the museum project together with the Panda Foundation, the zoo’s charitable arm. “More than another town-square monument to nameless rescuers of Jews, here we have a tangible story of bravery at a place frequented by children and possibly also groups visiting Holocaust sites who will be able to experience one of Warsaw’s most beautiful places.”

In recent years, plans to erect monuments in Warsaw for rescuers of Jews have stirred debate in Poland, with some critics charging that the emphasis on rescue serves to whitewash widespread Polish complicity in the annihilation of the country’s Jews.

Tirosh shares those concerns. Polish society, he says, exhibited a “deep-rooted anti-Semitism that fit very nicely with the Nazi plans for annihilation.” But he is not traveling to Poland for the museum opening to talk about Polish society.

“I’m just going to pay homage to the couple that saved my life,” he said.