What do we learn at the seder table? 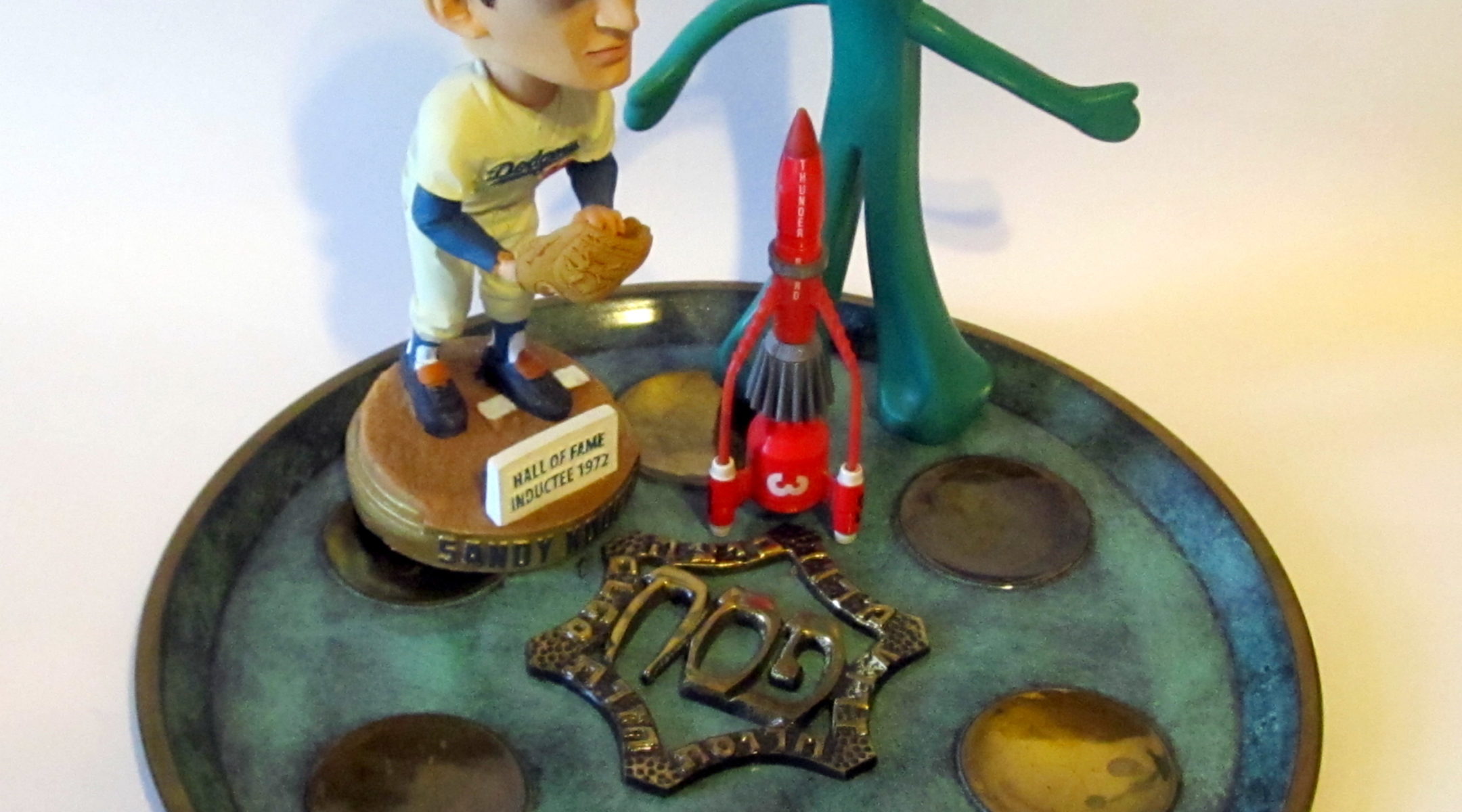 For columnist Edmon J. Rodman, the seder offered a welcome respite from his "childhood pattern of Koufax, Gumby and all things rockets." (Edmon J. Rodman)
Advertisement

LOS ANGELES (JTA) — What did I really learn at the seder table? That is, besides discovering that the white horseradish was way hotter than the red and that my very worldly uncles couldn’t read a word of Hebrew.

It’s a question worth considering as we invite new generations of participants to sit down at our seder tables.

Today we have a whole Haggadah of apps, texts and websites that help us drain every last drop of meaning out of our yearly dinners remembering the going-out from Egypt. But in the midst of all this learning, have we somehow taken for granted the childhood lessons simmered into our meal built with a set order?

At my family seders, which were held in my suburban Southern California home, I recall that little Hebrew was read from the red-and-yellow-covered Goldberg Passover Haggadahs we used. Yet I also remember the seders as a welcome break, a time that set me free for a few hours from my childhood pattern of Koufax, Gumby and all things rockets.

My sister, Wendy, a school district administrator specializing in literacy and language who is five years older, remembers being uncomfortable due to the behavior of the adults: One relative refused to read anything and others participated with a mocking tone, upsetting my mother. But even in that environment, she says that besides learning to endure, she was allowed the space to sit and find her own meaning in the proceedings.

I remember having lots of questions, none of them Exodus-related: Where did these dishes comes from? We didn’t use them any other time of the year. Why was there plastic all over the floor, to protect the carpet from wine spills? And why did my big sister get to sit up near the head of the table? Was it because she had started Hebrew school and was the only one at the table who could read the Hebrew?

The answers were there for even a simple son to see: The seder was a special time, something you prepared for as indicated by the table settings and plastic. And as for my sister’s raised status, a little bit of knowledge gets you a better seat.

For many of us, our first serious encounter with the seder comes when an adult tells you that as the youngest, it’s your turn to chant the Four Questions. “Why the youngest?” was my fifth question. “Why not someone older and more experienced, like my sister?”

Though my first-grade Hebrew school teacher and synagogue cantor prepped us in leading the Four Questions, little did they know that this lesson would teach us so much more. Or maybe they did. Even though I didn’t understand completely what I was doing, I did get the impression that this was serious stuff, meant to be studied and not messed up, especially in front of my family. I also learned that I could repeat it in front of a group of people, and remember feeling how good it felt to finally get it out, down to the last “Mesubin” (reclining). My recitation also made me a participant: That was now my page in the Haggadah.

I also realized that I could learn stuff after school and my head would not explode.

And the answers? They were in a book, and the seder made it seem perfectly normal to read one before and after dinner.

I also learned from listening to the adults who did enjoy the seder that it was important to read the words with feeling — “the mighty hand” was awesome, the plagues solemn and sorrowful.

My wife, Brenda, who had difficulty reading when she was a child, remembers at her family seders trying to anticipate which paragraph she would be asked to read, so that she could prepare and not have to be “helped.”

Yes, I know it’s a Jewish value not to embarrass someone, but we do, and however much the corrections might momentarily sting, they do teach another lesson:  If someone corrects you, you won’t die.

At the seder, a child also learns how to defeat boredom, an important life lesson, as anyone who watches cable TV can tell you. I remember my mother saying that “people who say they are bored are boring.” Not wanting to fit into that category, I entertained myself during what seemed like forever by following the Haggadah’s instructions. I leaned and dipped and pointed and crunched hard, and when that failed, I checked out the plague drawings and thought about the weird matzah sandwiches I would be finding in my lunch bag all that week.

Most of all, I think, a child learns at the seder that there is order in their universe. In a body that changes weekly, occupied by interests that come and go in a flash, order is kind of a relief.

As I recall, the order of our seder was quite simple: It began with my sister singing the Kiddush and me learning what wine tasted like. The halfway point was marked by my mother’s brisket, from which I gained a taste for Jewish food.

And the end? That was when my mother and uncles argued, the lesson being that sweet reason doesn’t always prevail.