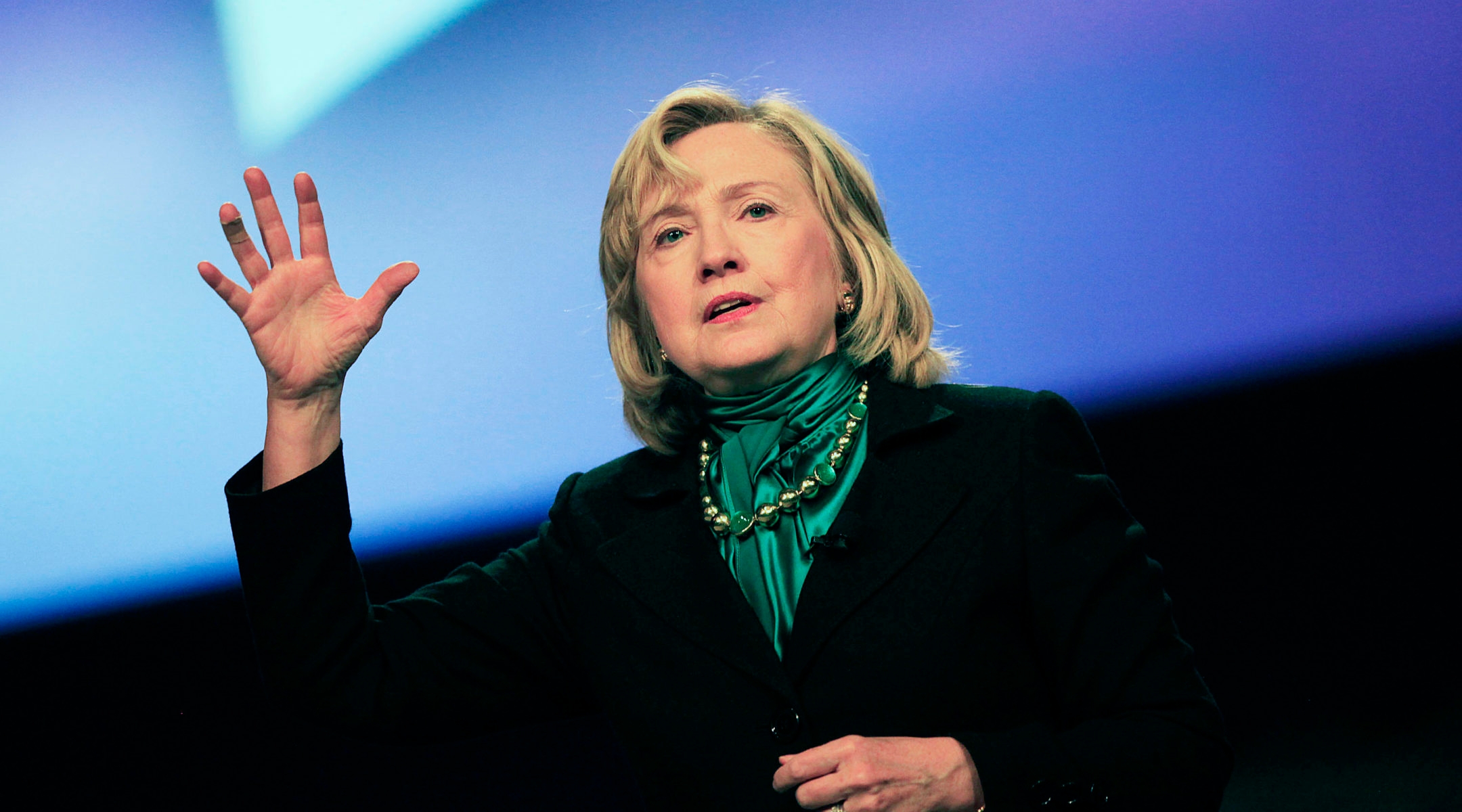 JERUSALEM (JTA) — Former Secretary of State Hillary Rodham Clinton said the relationship between the United States and Israel should return to a “constructive footing.”

Clinton, who is expected to announce her candidacy for the Democratic nomination for the 2016 presidential election, made the comments in a telephone conversation with Malcolm Hoenlein, executive vice chairman of Conference of Presidents of Major American Jewish Organizations, the Presidents Conference said in a statement issued Sunday.

“Secretary Clinton thinks we need to all work together to return the special US-Israel relationship to constructive footing, to get back to basic shared concerns and interests, including a two-state solution pursued through direct negotiations between Israelis and Palestinians,” Hoenlein said in the statement regarding the conversation.

“We must ensure that Israel never becomes a partisan issue,” he also said, citing Clinton.

Hoenlein initiated the conversation, according to the Presidents Conference.

It was Clinton’s first comments on the U.S.-Israel relationship since Israeli national elections earlier this month returned Prime Minister Benjamin Netanyahu to office.

“Secretary Clinton’s views are of special importance and timeliness given recent issues in the US-Israel relationship. We note her call for direct negotiations between Israelis and Palestinians, which, we believe, is the only possible route to a true peace,” Hoenlein said in the statement.

The relationship between Israel and the United States hit a nadir in the wake of Netanyahu’s pre-election rhetoric about not reaching an agreement on a two-state solution during his tenure, and sounding the alarm over the large number of Arab-Israelis who went to the polls on Election Day, as well as ongoing disagreements with the Obama administration over a potential deal with Iran concerning its nuclear program reflected in Netanyahu’s controversial speech before Congress.