From ‘80s to today, Israeli ‘family’ revels in close ties 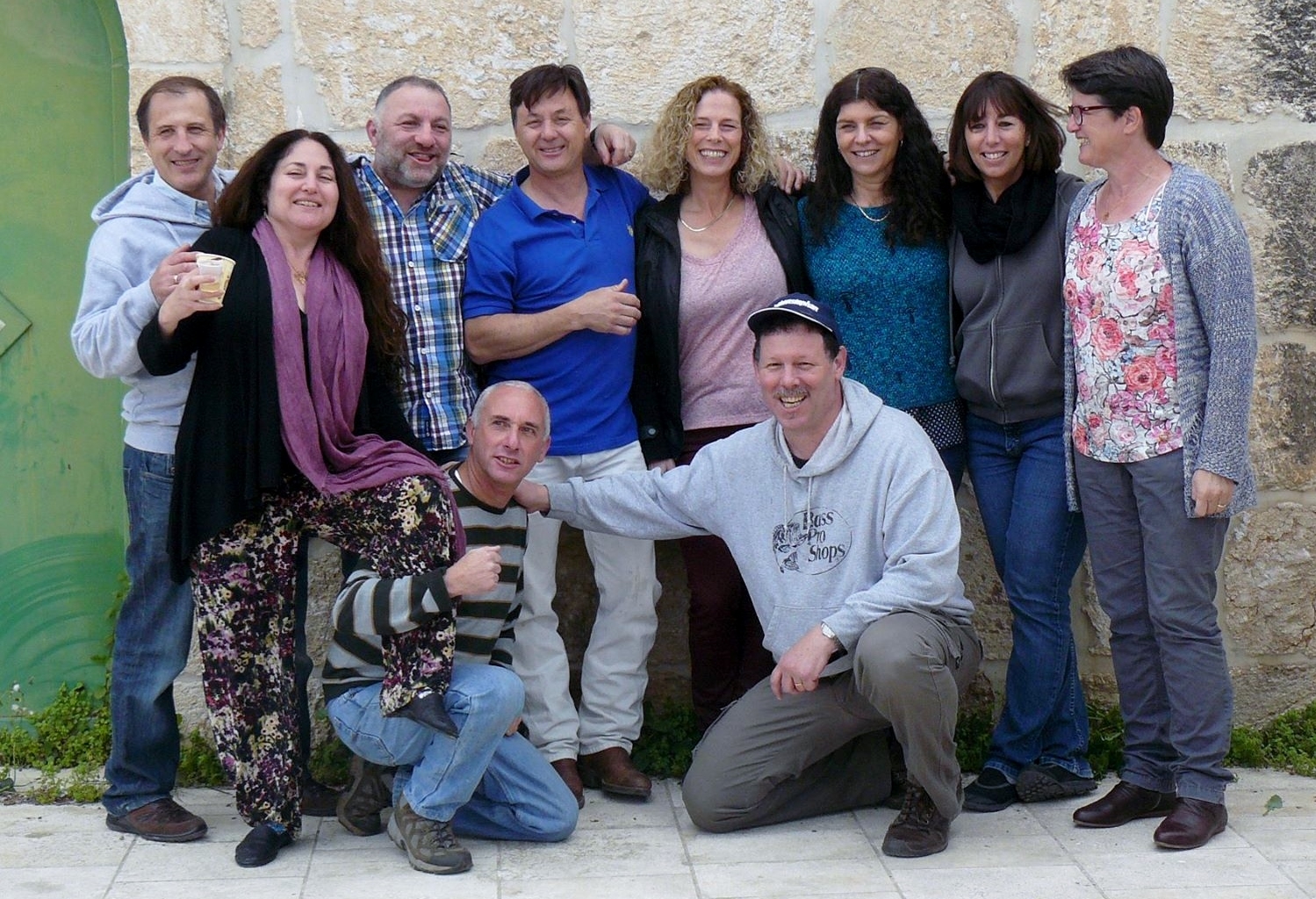 (JTA) – As sage burned on a tin tray atop the green-carpeted floor of his living room, Arieh O’Sullivan stuck a pin in a voodoo doll. Meanwhile, friends played a guitar, Jew’s harp and harmonica. Others chanted.

O’Sullivan then grasped a shrunken monkey head and recited biblical verses, an ancient Assyrian text and an Irish-Catholic poem – all praying for his new home to be protected.

The laugh-inducing scene in late March was straight out of O’Sullivan’s hometown of New Orleans, known for its superstitions and singular ceremonies, and adapted for a daylong party celebrating his move to a former castle in Ajur, a village near Beit Shemesh in central Israel.

“I was ridding my house of evil spirits and ghosts,” O’Sullivan, 54, said of a housewarming event that included guests sipping from a kiddush cup that had been salvaged from a synagogue gutted by Hurricane Katrina. The goblet, he said, is “a symbol of surviving.”

As was the gathering of the group filling his home that day, which was marking a third of a century since coming together as new immigrants in Israel under the Israeli army’s Nahal program combining military service with the building of agricultural settlements.

The 20 immigrants, all from English-speaking countries, came together beginning in late 1981. They were officially organized in January 1982 as a garin, or core group, and sent to live at Kibbutz Ohr HaNer near the Gaza Strip.

Nearly everyone has remained in Israel and stayed close, seeing each other often despite being scattered throughout the country. Some who moved back to the Diaspora return for reunions and maintain the bonds via email and a Facebook group page.

Their get-togethers include Yom Ha’atzmaut barbecues and the Jacob’s Ladder Festival of music every spring, along with attending the b’nai mitzvah and weddings of their children. The affection has moved to the second generation, many of whom revel in the uncle-and-aunt familiarity of the gatherings.

Edan Eyon, the 24-year-old son of Moshav Kfar Azar resident Margo Eyon, joins the outings when he hears that the husband of his mother’s friend from the garin will be there. The principals’ children long ago made friends with one another, too.

With their own clans having remained in the Diaspora, the garin members quickly became each other’s surrogate families – a tie that has intensified over time.

Even while visiting her mother and cousins recently in her native northern California, Eyon pined for her Israeli clan.

“I love them dearly,” Eyon, who works as a translator, said of her relatives by blood, “but that doesn’t come close to this feeling of being so connected to these people for so long” in Israel.

The March party was arranged for when London resident Jonathan Cohen would be in Israel on a business trip.

“The bond is so strong that this is my family, despite the fact that they’re 3,000 miles away,” Cohen said. “My wife and kids in England know this. [They] would not even raise an eyebrow if I say I am going to see my Israeli family for a few days.

“You’re lucky to have two or three close friends in life. If I called any one of them at 3 a.m. and said ‘I need you,’ they’d be there.”

That has happened all too regularly. When one person needed a kidney transplant, others had themselves tested for compatibility. (An outside donor was found.) While a member underwent cancer surgery, her husband and son stayed with Eyon and her husband, Isaac. As Iraqi-launched Scud missiles fell on nearby Ramat Gan during the Gulf War in 1991, the Eyons relocated to O’Sullivan’s then-home in Jerusalem. The young son of a Chicago resident was killed in a car accident, and garin members held a memorial service in solidarity. After Cohen’s father died two years ago, people called from Israel “asking what they could do, giving me support,” he said.

To Eyon, “That’s what family is for.”

The group, given the name Garin Tidhar at its formation, was nearly undone just as it began. Israel’s Lebanon War started just months after the garin’s establishment, with many of the men dispatched to battle and the women transported to Kibbutz El Rom in the Golan Heights to live temporarily. Everyone eventually returned to Ohr HaNer before moving on.

For the 30th anniversary reunion in 2012, held at El Rom, where one garin member ended up settling, O’Sullivan produced a 15-minute video with still photographs, nearly all from days of yore.

Eyon believes, though, that the strong ties forged three decades ago endure by living in the present.

“When we’re sitting around, we’re talking about now, not ‘Do you remember the time that …?’ ” she said.

O’Sullivan, a reporter for the Israel Broadcast Authority’s English-language news telecasts, has been the ringleader.

“We’re like brothers and sisters,” he said. “We’re a tight group.”