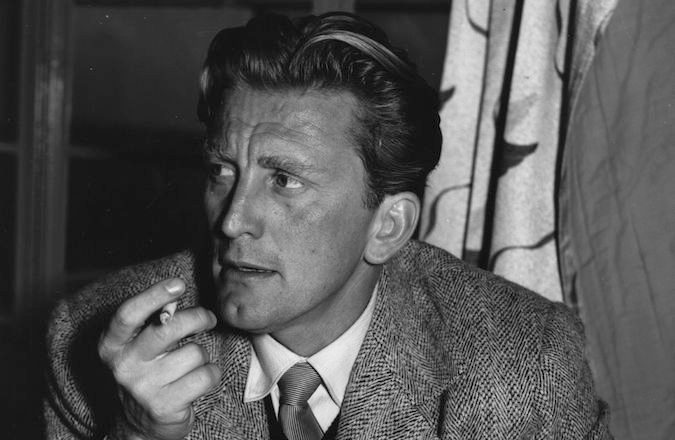 UPDATE: It was an April Fool’s joke after all, and JTA was fooled. We apologize for any confusion.

In recent years, Kirk Douglas has been in the news for having his second and third bar mitzvahs (at ages 83 and 95 respectively), publishing a book of poetry and for his grandson’s brush with anti-Semitism.

This story is a little less G-rated.

On Monday, Playboy revealed that secret underground tunnels were built in the 1970s to connect the Playboy mansion to the houses of a select group of A-list actors – which included Kirk Douglas and fellow Jewish actor James Caan.

A Playboy editor who was looking for photos in their archive stumbled upon images of underground mansion walkways. Next came the discovery of a trove of “old photos, plans and blueprints” in a secret basement area of the Playboy Mansion. And then came the realization that the actors involved in this construction project – Jack Nicholson and Warren Beatty rounded out the list — were so famous in the 1970s that this might not have been such a far-fetched idea.

It’s also worth noting that Playboy published this information on March 30, well before April Fool’s Day, so we are inclined to believe it.

Not surprisingly, none of the actors commented on this developing story.

However, Caan, 75, who stayed with Playboy founder Hugh Hefner at his legendary abode several times throughout the ’70s, has said in the past that the mansion was the “greatest nightclub in the world.”

Douglas, who is 98, has been married to his second wife Anne since 1954. Maybe he visited the Playboy mansion through his secret tunnel just to hang out with Hugh Hefner.

SFW @Playboy: So, there were tunnels to celebrity homes built under the Playboy Mansion… http://t.co/KNCJG1T5T7 pic.twitter.com/67WRZaInpo