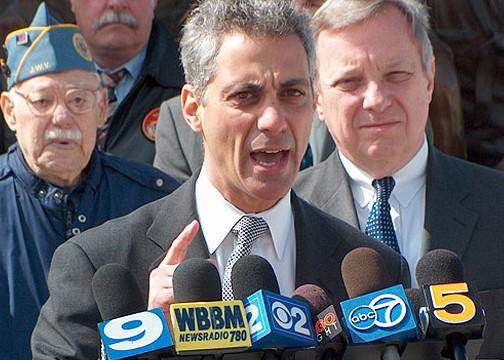 Emanuel, a former chief of staff for President Barack Obama, handily led challenger Jesus “Chuy” Garcia, 56 percent to 44 percent, with 73 percent of the vote tallied when The Associated Press called the race on Tuesday night.

Emanuel, the first elected Jewish mayor of Chicago, had failed to win more than 50 percent in the first round of voting on Feb. 24, forcing the runoff.

The incumbent had raised at least $15 million for his campaign, with much of the investment made in television ads designed to prop up the mayor, who had abysmal approval ratings just last summer. In one ad, Emanuel appeared in a sweater instead of his usual business suit, and admitted he sometimes rubs people the wrong way.

In 2010, he visited Israel to celebrate the bar mitzvah of his son, Zach, at the Western Wall in Jerusalem. Emanuel is the son of an Israeli doctor who moved to the United States in the 1950s.