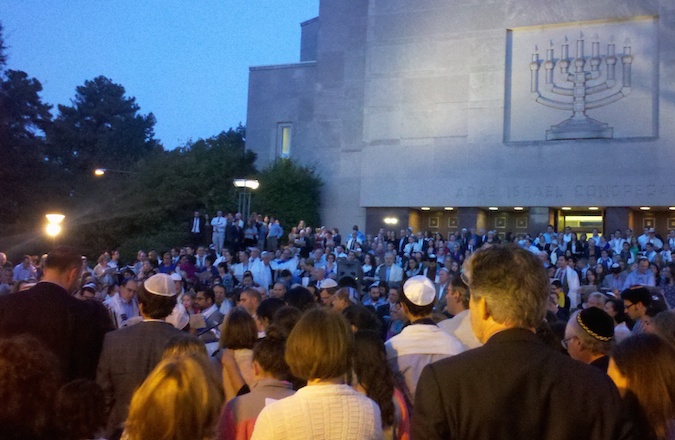 NEW YORK (JTA) – When Rabbi Bruce Dollin first talked to the board at his Conservative synagogue about launching an alternative, singing-centered Shabbat morning service that would use musical instruments, he didn’t encounter much resistance.

Over the two decades he had led the Hebrew Educational Alliance in Denver, attendance at the synagogue’s regular Shabbat davening – a traditional egalitarian service – had declined by almost half and most of the 200 weekly worshippers were over age 50. Dollin had just returned from a sabbatical and wanted to test some fresh ideas.

Called Shir Hadash, Hebrew for “new song,” the new service cut out certain prayers, was held in the round, encouraged participatory singing and featured drums.

“I would have used a guitar in the service, except the guitar didn’t work well with the kind of service we were trying to create,” Dollin said. “Guitar is a loud instrument that draws a lot of attention to the guitar player, and we wanted our emphasis to be the congregation itself.”

The new minyan was an instant hit. Within months, dozens of regulars from the traditional service had switched over, and at least 70 people new to the synagogue had become Shir Hadash mainstays.

“I wasn’t a good synagogue-going Jew for many years,” Denver native J.J. Slatkin, 32, told JTA. “Then I started going to Shir Hadash. There’s something about the music that allows me to turn off the rationalism in my brain and just connect to my spirituality in a way that I can’t do otherwise.”

A growing number of Conservative synagogues across the country are turning to music – and musical instruments, which many once considered taboo on Shabbat – to rejuvenate their Shabbat services.

“Congregations report that for most places it’s a pretty good long-term gain,” said Rabbi Paul Drazen, who conducted a 2013 study for the United Synagogue of Conservative Judaism on the use of instruments in Conservative synagogues’ Shabbat and holiday services.

A combination of factors has fueled the trend: the rise of Carlebach-style, song-centric prayer services across multiple denominations; the Reform movement’s transformation from operatic-style worship to the guitar-centric, sing-along approach championed by the late Debbie Friedman; the success of musically focused services at independent synagogues such as IKAR in Los Angeles and B’nai Jeshurun in New York (both led by Conservative-ordained rabbis); and the willingness by Conservative synagogues facing declining and aging memberships to experiment.

One of the pioneers was Temple Sinai in Los Angeles, the Conservative synagogue led by Rabbi David Wolpe. In 1998, Wolpe and singer-songwriter Craig Taubman pioneered a tremendously popular Shabbat-eve musical service called Friday Night Live that offered a concert experience mixing traditional prayers with new tunes. Attendance soon soared from 300 worshippers to a peak of about 1,500.

Adas Israel, the largest Conservative synagogue in Washington, inaugurated an instrumental service three years ago. While the main Shabbat service had been using instruments for decades, its style was traditional liturgical music. Associate Rabbi Lauren Holtzblatt wanted to appeal to Jews in their 20s and 30s with a more participatory, Carlebach-style service filled with chanting and niggunim, or Hasidic melodies. 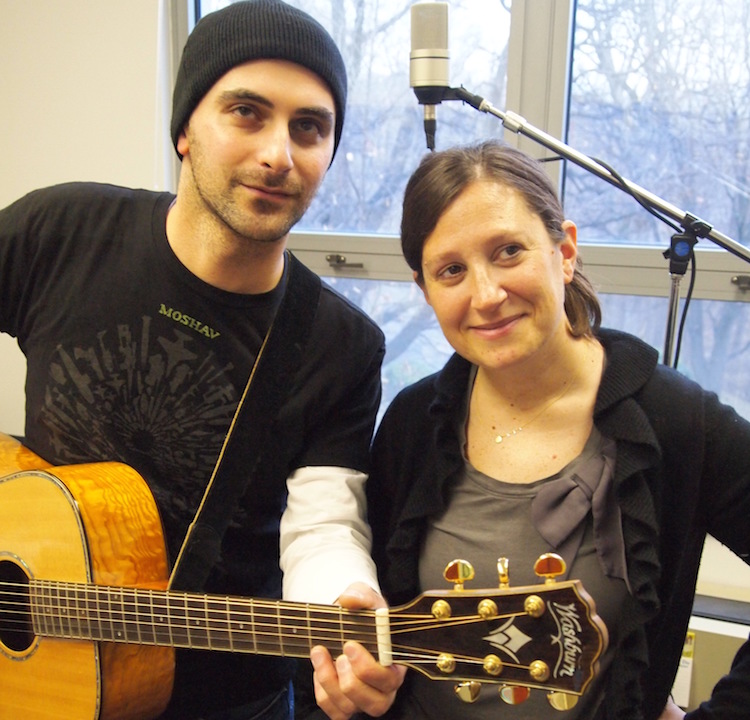 Launched on Kol Nidre, the new service was an instant hit. The synagogue expected 200 worshippers for the alternative service on Yom Kippur evening, but 600 showed up. Now Adas Israel holds singing services one Friday night and one Saturday morning a month, utilizing guitar, violin, cello, keyboard and drums. Unlike many of the synagogue’s other worship services, the new ones are popular across the age spectrum.

“People want it. There’s an aspect of this they feel like they need,” Holtzblatt said. “We need to think about what are we doing with davening to get people deeper into the experience.”

The use of instruments on Shabbat is not without controversy in the Conservative movement, which is divided over whether they are permissible according to Jewish law, or halachah. Though instruments were used on Shabbat and holidays in the Holy Temple in Jerusalem, their use in worship was outlawed after the destruction of the Second Temple in deference to the state of mourning imposed for the temple.

During the musical Friday night service at the Montebello Jewish Center, a Conservative synagogue in New York’s suburbs, the band plays only during the Kabbalat Shabbat portion of the service, shifting to a cappella once the evening Shabbat worship service formally begins. Rabbi Adam Baldachin, who launched the instrumental service shortly after he was hired in July 2013, wants more instruments on Shabbat, but for now he’s going slow.

“A lot about leading a synagogue is keeping people comfortable: Too much change too quickly and they’ll lose their confidence in me as synagogue leader,” Baldachin said. “But the service is electrifying. People get up in the aisles and start dancing, and when you have music in the background, more people sing.”

“They can be used to create a lot of beauty or a lot of noise,” said Weisenberg, the creative director of the Hadar Center for Communal Jewish Music. “With instruments, people often stop singing and start listening. They start to see it as a concert, and davening is fundamentally different from a performance or concert. Davening is an internal and communal process that requires a good deal of spontaneity.”

The most important ingredient for creating singing communities, Weisenberg says, is for people to be physically close together and for the song leader to be in the middle of the room. In most Conservative synagogues, he notes, people tend to sit at the far edges of rooms that are too big for them, leaving a hollowed-out center.

“The underlying issue is people have to come together to create something beautiful and spiritually uplifting together,” he said. “If a shul is going to use instruments, the people who play them need to consider themselves to be one of the singers, as if they’re just another voice in the mix.”