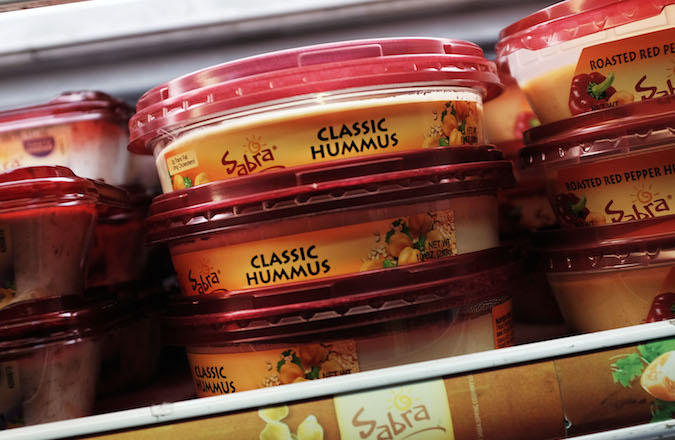 A couple of decades ago, almost no one in America ate hummus. It was hard to find, the chickpea pastes labeled as hummus were pretty lousy and no one could pronounce the food correctly.

Americans still can’t pronounce hummus, but now it’s available at nearly every supermarket in the country – not to mention at airports, NFL stadiums and in large tubs at Costco.

Much of America’s hummus explosion can be traced to one company, Sabra, which was in the news last week after an outbreak of listeria in Sabra hummus prompted a major recall. Its rival Tribe has also gotten a fair amount of attention.

Just how did an Israeli-founded hummus company conquer America? For one thing, it got bought by food giant PepsiCo. It also did a lot of sampling events, TV advertising and partnerships.

This 2013 Wall Street Journal story on hummus breaks it all down.

Of course, as any self-respecting Israeli will tell you, mass-produced hummus can’t hold a candle to the real thing: freshly made hummus that has never seen the refrigerator.

If you’re looking for the real thing in America, try Hummus Place or Hummus Kitchen, both of which have multiple outlets in New York.