Dear Lindsey Graham: Some jokes only Jews can make 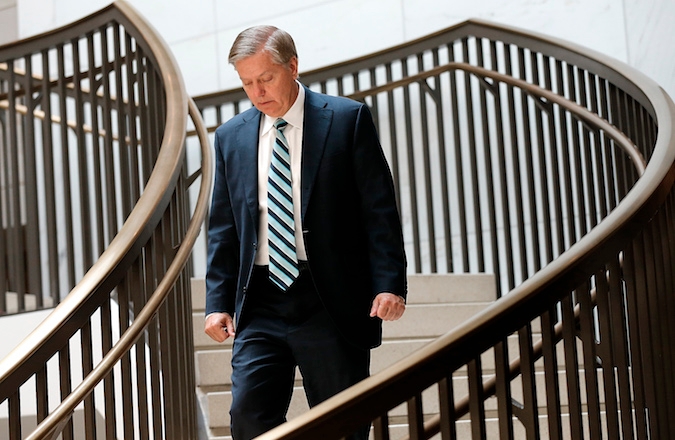 On the biggest challenge facing his potential 2016 campaign:

At LobeLog, Eli Clifton and Jim Lobe wonder if Graham crossed a line:

Suggesting that “pro-Israel funding” may determine his choice of cabinet secretaries (as well as his policies) may make even his potential benefactors squirm just a little bit in light of the purposes to which real anti-Semites who believe “Jewish money” controls the U.S. government might put such a statement.

Graham is not an anti-Semite. As Lobe and Clifton note, Graham’s responses were partly fueled by Riesling. I’d add that he cultivates a good ol’ boy’s reputation for the shocking bon mot. In the same interview, he dismissed Rand Paul’s outreach to “kids who smoke dope in their parents’ basement.”

As a candidate who spends a lot of time in Jewish company, Graham has probably been exposed to much self-deprecating humor of the “Wait, that’s the Elders of Zion on the phone” variety. Might make sense for Graham to leave such self-deprecation to the deprecated.