See Israelis marking Memorial Day, from 1950 to the present 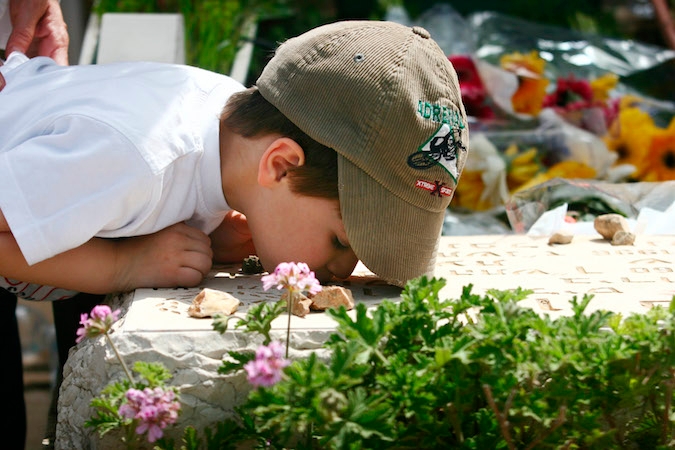 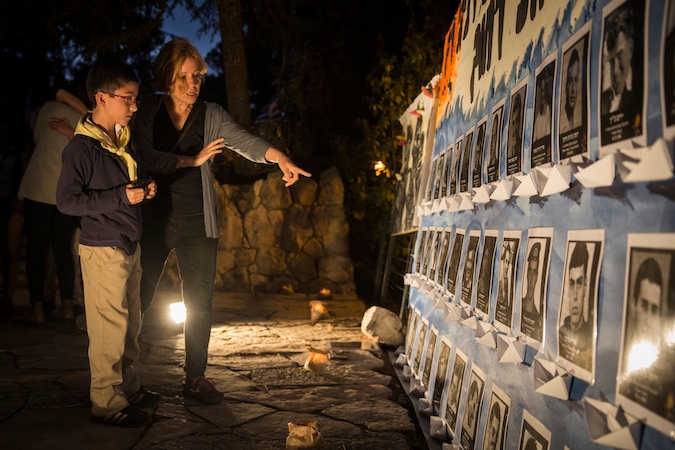 Israeli scouts of the Modiin Tribe during a ceremony commemorating the fallen Israeli soldiers, on the eve of the Israeli Memorial Day at the Mount Herzl military cemetery in Jerusalem, April 21, 2015. (Hadas Parush/Flash90)

Yom HaZikaron, Israel’s memorial day for fallen soldiers, falls each year on the fourth of Iyar. The day was established in 1951 — before that, soldiers were remembered on Yom HaAtzmaut, Israel’s Independence Day.

Because most Jewish Israelis serve in the army, and few families have not suffered wartime losses, the day is widely observed.

Below are some of our favorite photos of Yom HaZikaron commemorations over the years. Unfortunately, we were only able to obtain photos from before 1970 and after 2000. If you have other photos you’d like us to publish next year, particularly ones from the ’70s, ’80s and ’90s, please email them to jwiener@jta.org. 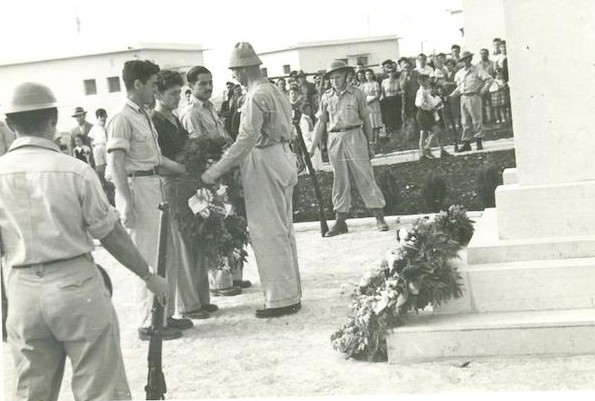 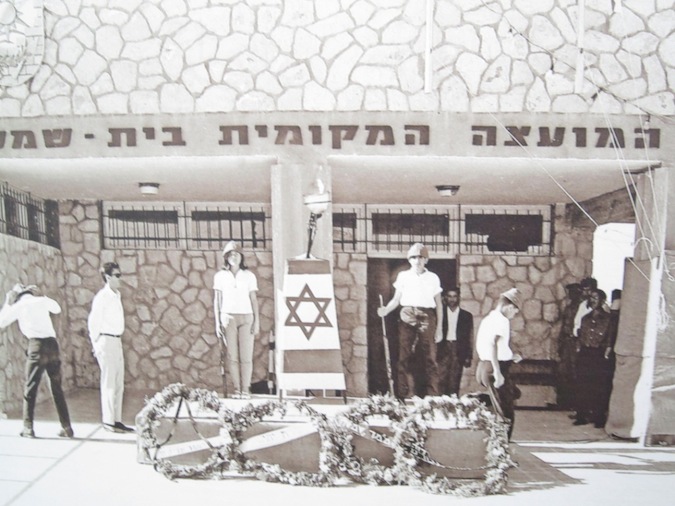 Ceremony outside the office of the Beit Shemesh Regional Council, circa 1960. (PikiWiki Israel) 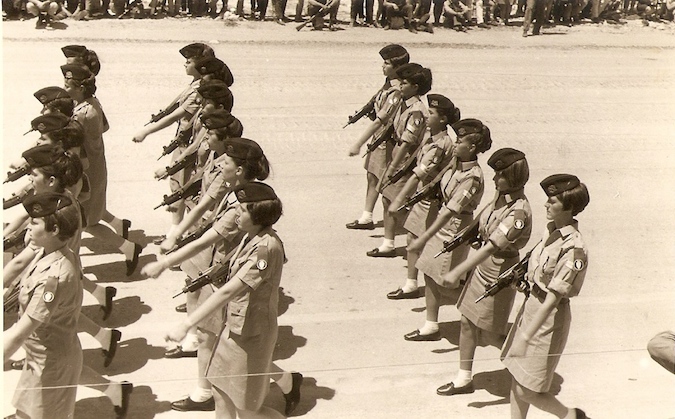 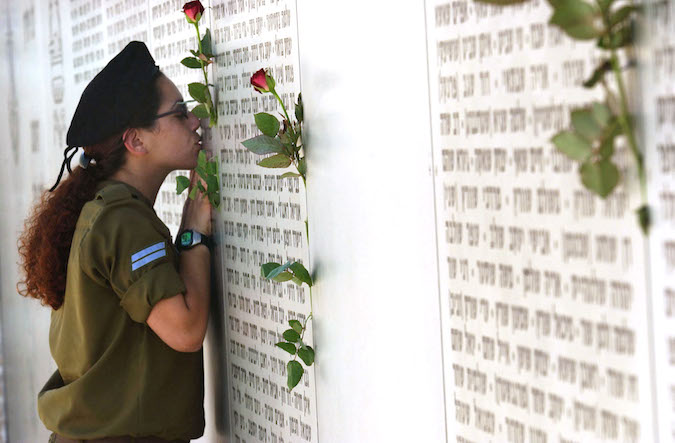 A young Israeli soldier places a rose among the names of those soldiers who have fallen for the State of Israel, on the Memorial Day Ceremony at Latrun Armoured Corps Museum, 2003. (Sharon Perry/Flash90) 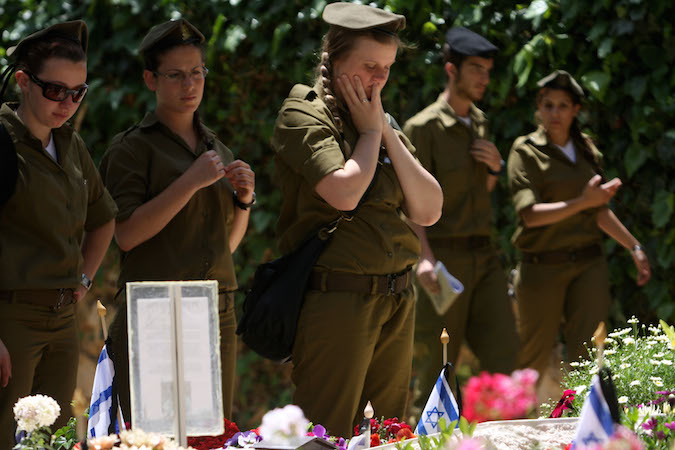 An Israeli woman stands next to the grave of an Israeli fallen soldier on Mount Herzl Military Cemetery in Jerusalem, May 5, 2008. (Nati Shohat/Flash90)