For Princess Charlotte, a pretty in pink gift from the Israeli president 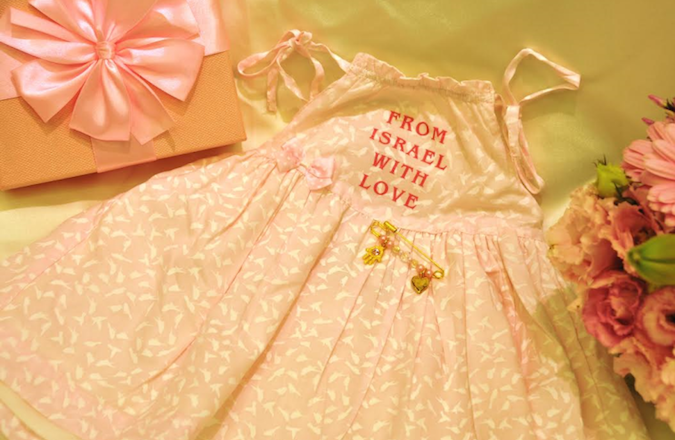 Who knew Israeli President Reuven Rivlin had such a keen fashion sense?

As the media frenzy surrounding the birth of Prince William and Kate Middleton’s second child continued through Monday, Rivlin and his wife, First Lady Nechama Rivlin — grandparents of six — sent the newborn British princess a frilly pink dress that reads “From Israel With Love.” The dress also includes a heart charm and a hamsa, a Middle Eastern symbol of success and protection from evil.

“We would also like, through your good offices, to convey a warm message of congratulations and good wishes to the Duke and Duchess of Cambridge on the birth of their daughter, sister to Prince George, and to wish them much joy, health and happiness,” the Israeli president and first lady wrote in a letter to Queen Elizabeth II, Prince William’s grandmother.

Princess Charlotte Elizabeth Diane, who was born on Saturday, will be called Her Royal Highness Princess Charlotte of Cambridge and will be fourth in line to the throne. She will also have a nice head start on her royal wardrobe. 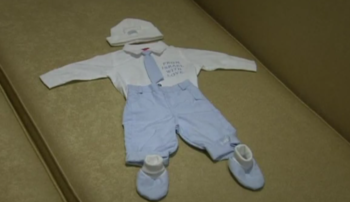 When William and Kate’s first child Prince George was born two years ago, then-Israeli President Shimon Peres sent him a shirt, pants, hat and tie outfit with an even more Israeli theme. It also included the “From Israel With Love” tag but in addition featured a blue-and-white color scheme.