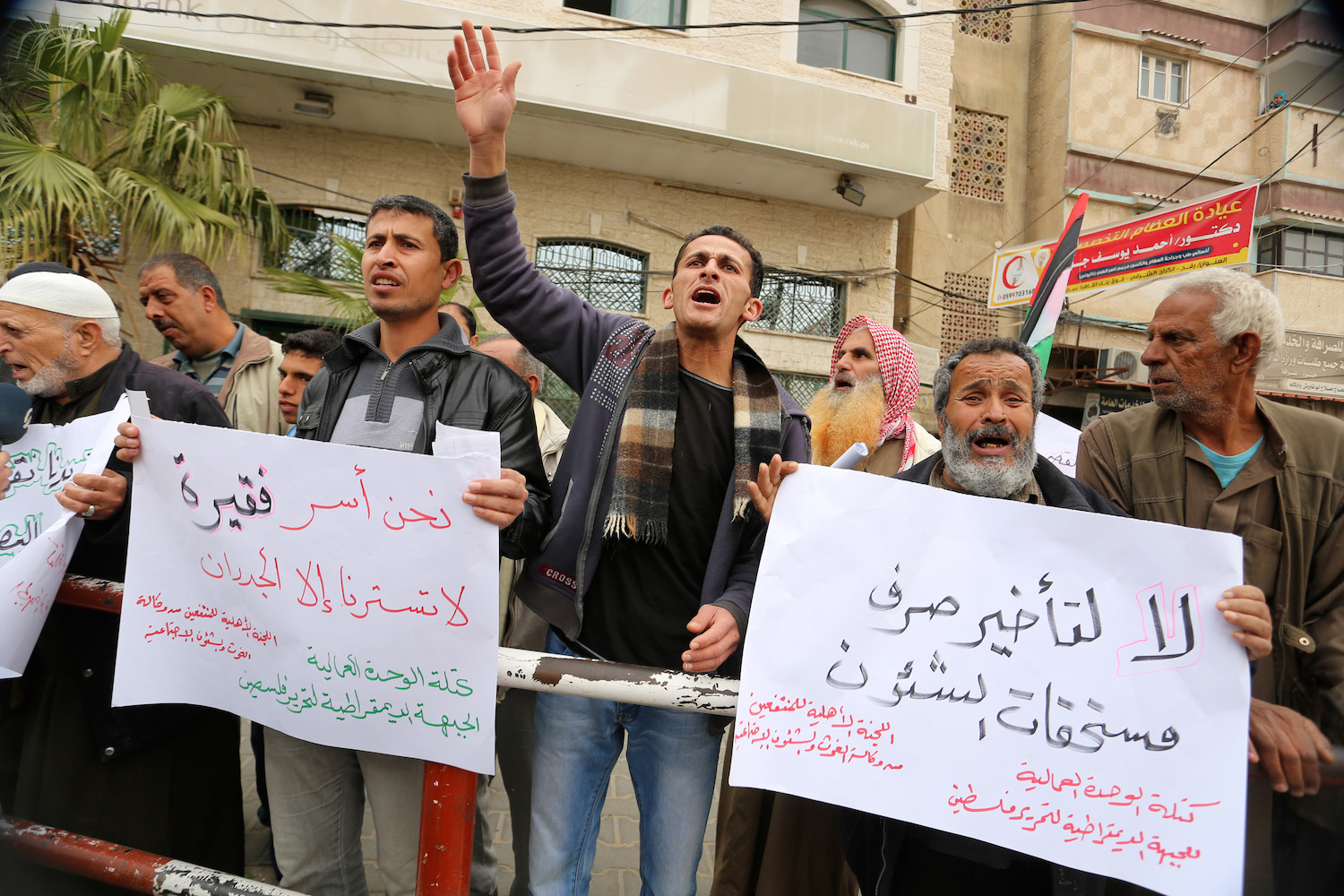 Palestinians participate in a demonstration calling on the Palestinian Authority to pay their allocations and provide social assistance, in Rafah in the southern Gaza Strip, Feb. 15, 2015. The P.A. has been facing a financial crisis following the Israeli authorities' Jan. 3 decision to freeze the transfer of tax funds it collects on its behalf. (Abed Rahim Khatib/Flash90)
Advertisement

The 237-page report released by the group Breaking the Silence on Monday called the Israel Defense Forces’ behavior during the military operation titled Protective Edge an “ethical failure … from the top of the chain of command.” The report features interviews with combatants and soldiers who served in command centers.

The soldiers described shooting at innocent civilians and aimlessly destroying property and vegetation.

“If we don’t see someone waving a white flag, screaming, ‘I give up’ or something — then he’s a threat and there’s authorization to open fire,” said a first sergeant serving in the Mechanized Infantry in Gaza.

The IDF repudiated the report.

“Unfortunately, as in the past, Breaking the Silence has refused to provide the IDF with any proof of their claims,” an IDF spokeswoman told Reuters.

Israel has denied any wrongdoing and launched investigations in response to the accusations.