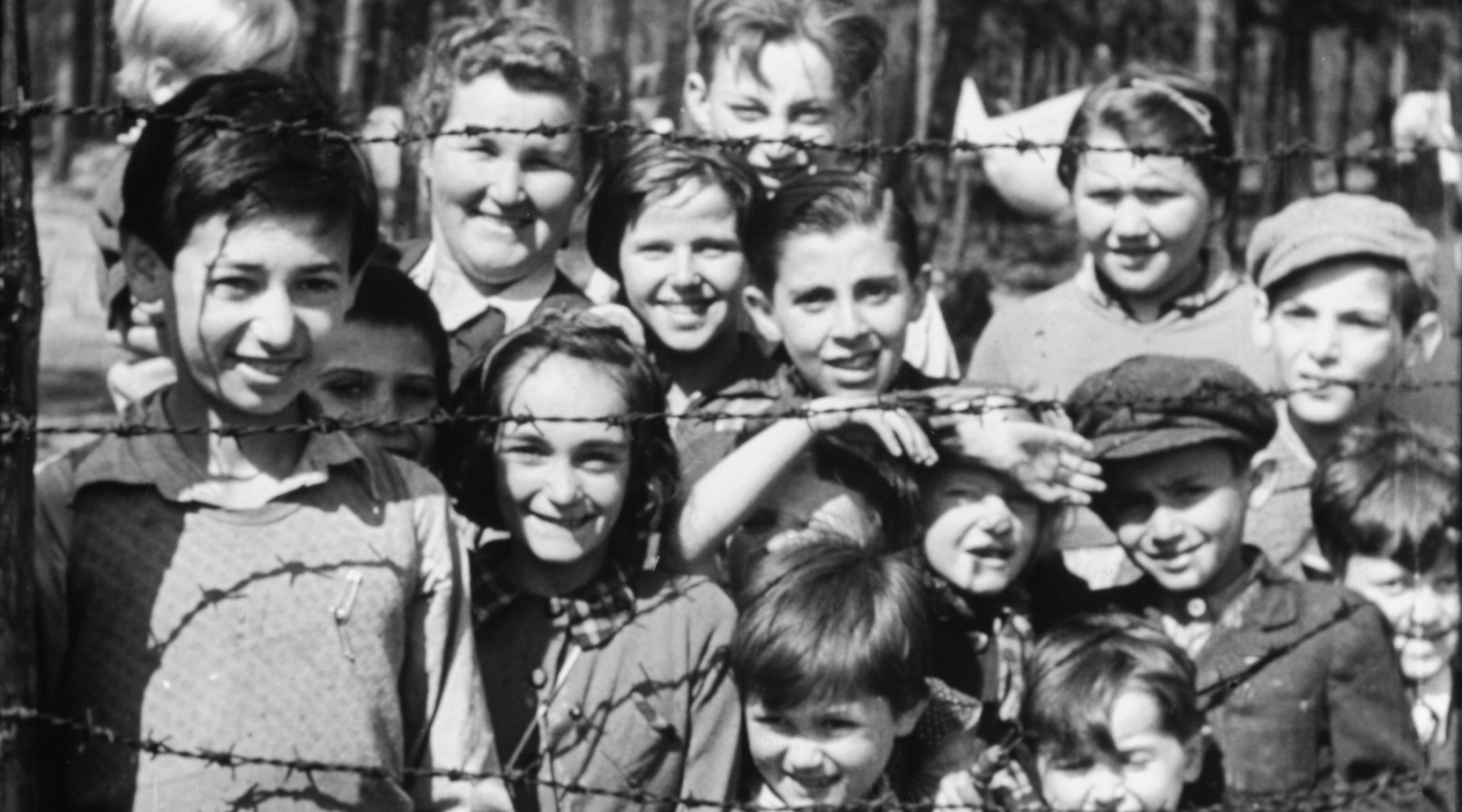 “This was a woman,” the narrator explains, as the camera pans over a figure so emaciated and burnt that the dead body is barely recognizable as human.

It’s one of the more arresting scenes in “German Concentration Camps Factual Survey,” a highly unusual Holocaust documentary, shot and scripted 70 years ago, and crafted with the help of the legendary director Alfred Hitchcock. But it almost didn’t see the light of day.

The recently completed film had its New York premiere Tuesday at Manhattan’s Museum of Jewish Heritage-A Living Memorial to the Holocaust.

“German Concentration Camps” draws heavily on the footage taken at Bergen-Belsen, Auschwitz and Dachau by combat and newsreel cameramen in the weeks after liberation. It shows those who had managed to survive gas chambers, typhus epidemics and starvation conditions taking the first steps toward rebuilding their lives. They are deloused. They get hot showers for the first time in years and hot meals. There are piles of clean clothes, and women rejoicing in trying on the donated dresses, pumps and wide-brimmed hats.

“Some of the most touching parts show the restoration of what I can only call humanity,” said Jane Wells, a documentarian and the daughter of the film’s producer, Sidney Bernstein.

The film’s trailer (story continues below):

An Englishman, Bernstein led the film division of the Allied forces’ propaganda effort and was tasked with chronicling the Nazi’s crimes for the German public. To this end, the film includes copious footage of former camp guards carrying the dead bodies of their victims to mass graves and tossing them, with callous disregard, into the giant pits.

Bernstein enlisted Hitchcock, a close friend, as the film’s treatment adviser. Hitchcock’s influence can be seen in the long, panning shots that leave no room for doubt that what the audience is seeing is no fabrication. Bernstein and his team worked on the film through the spring and summer of 1945.

But by later that year, many Germans had toured the concentration camps and seen newsreels of what had happened there. There was a sense that the film’s time had passed, and the British government shelved the project.

In recent years, however, Britain’s Imperial War Museum restored the footage and set out to finish the film using the original script and shot sheet. The words are lyrical (“They say a dead man’s boots bring bad luck; what of dead children’s toys?”) and they are judgmental. (“Germans knew about Dachau but did not care.”)

Hewing to the original vision meant making a film that contained some factual inaccuracies (the number of dead) and omissions (about whom the Nazis targeted).

“It didn’t emphasize how disproportionately the Jews had suffered,” Wells said of the film, which refers to victims by their nationality rather than their religion. “It showed it as more of a universal Holocaust than one that was predominantly Jewish.” (In a short film that follows the documentary and attempts to correct the record, scholars surmise that the filmmakers did not want to portray Jews as a people apart.)

An HBO documentary about the long-delayed Hitchcock project, “Night Will Fall,” aired in January. The title is a line from “German Concentration Camps”: “Unless the world learns the lesson these pictures teach, night will fall. But by God’s grace, we who live will learn.”

The film was finished last year. It premiered last year at the Berlin International Film Festival, and a number of screenings have taken place in recent months.

Bruce Ratner, a real estate developer and a minority owner of the Brooklyn Nets basketball team, was instrumental in bringing the film to the Museum of Jewish Heritage, where he serves as chairman of the board. A discussion with New York Times columnist Roger Cohen and Wells, whose company, 3 Generations, specializes in films about human rights abuses, followed the New York premiere. Tickets for a second screening, Wednesday at 7 p.m., can be purchased at mjhnyc.org.