Chief rabbi: Rabbinate should be consulted on Knesset bills 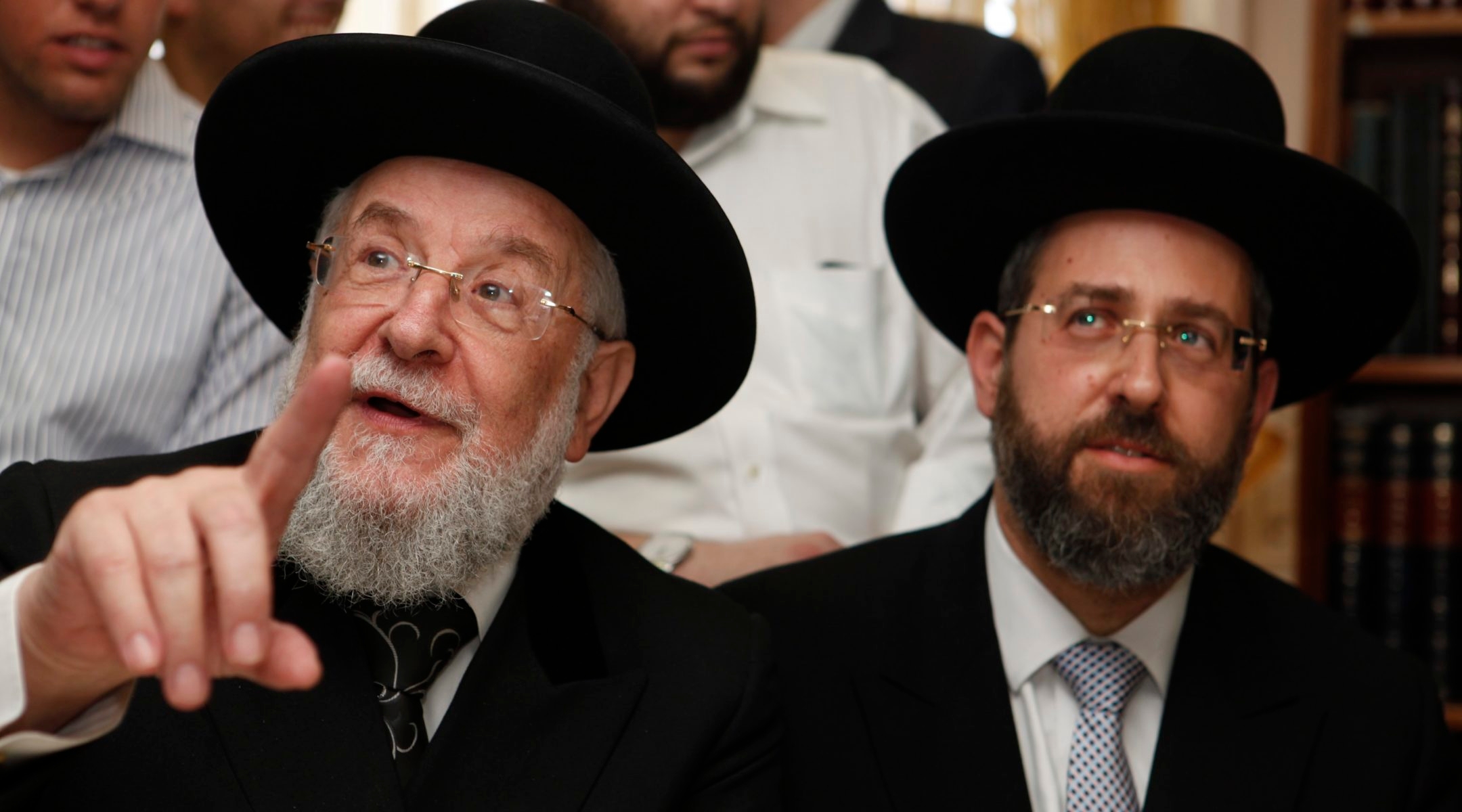 JERUSALEM (JTA) — The Israeli government should consult with the Chief Rabbinate on every proposed bill, the Ashkenazi chief rabbi said.

“I call on the justice minister to establish that for every bill that the government submits, just as it seeks the professional opinion of relevant ministries on the matter, so too it should ask the of the Chief Rabbinate to present the Jewish and traditional position on the bill,” Rabbi David Lau said Monday during a panel discussion with Justice Minister Ayelet Shaked at the Israel Bar Association’s annual conference.

Lau stressed that the Chief Rabbinate would not be asked to decide on the bills, but to provide the traditional Jewish position on the proposed legislation before the Knesset votes. Relevant government ministries are usually asked to weigh in on pending legislation.

“Israel is both a Jewish and democratic state, and these expressions do not contradict each other but combine together,” Lau said during the discussion.