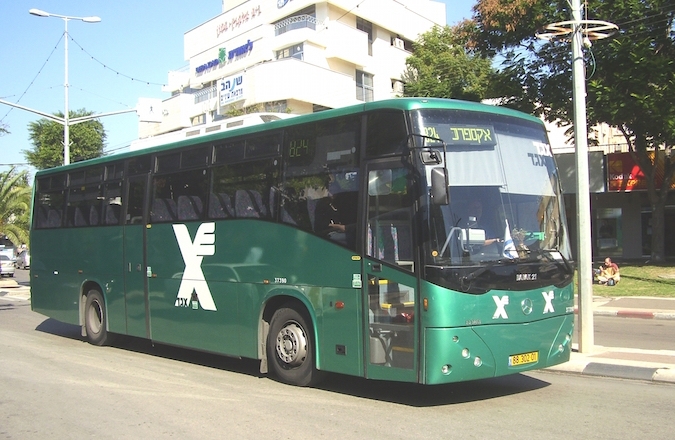 JERUSALEM (JTA) — A controversial program to prevent Palestinian workers from riding on Israeli public transportation in the West Bank was suspended a day after it was launched.

On Wednesday, Prime Minister Benjamin Netanyahu and Defense Minister Moshe Yaalon suspended the program, which restricted the workers to four West Bank checkpoints to go to work and required them to return home by the same crossings. The workers would then take Palestinian bus services the rest of the way home. The plan added up to hours to their daily commutes.

Palestinian workers are not allowed to stay overnight in Israel. They are allowed to exit and enter the West Bank through a variety of checkpoints using a magnetic card.

Yaalon announced the program in October. At that time, Israel’s Civil Administration in the West Bank said it would explore other options to provide the Palestinian workers with appropriate transportation. It had been scheduled to be reviewed after three months.

Opponents had called the plan racist.

“The only reason to have separate Jewish and Palestinian buses is pure racism,” Meretz party head Zahava Gal-on said in a Facebook status posted Wednesday. “The separation is just a symptom of 48 years of occupation, requiring us to be blind to the Palestinians so that we can live with ourselves.”

Zionist Union party head Isaac Herzog called the separation on public transportation “unnecessary degradation” and said it “pours more fuel on the fire of hatred of Israel in the world.”

Israeli President Reuven Rivlin welcomed the suspension of the program.

“It is important we remember that our sovereignty obligates us to prove our ability to live side by side,” he said in a statement, speaking of Jews and Arabs.

Jewish residents of the West Bank and their local governments have waged a vociferous campaign over the last few years to prevent Palestinians who work in Israel to use Israeli public transportation there. Among the reasons given for keeping the Palestinians off Israeli buses is lack of room for Jewish West Bank residents and Jewish female passengers saying they have been harassed by the Palestinian laborers.