Where is his buddy in the Bonneville? 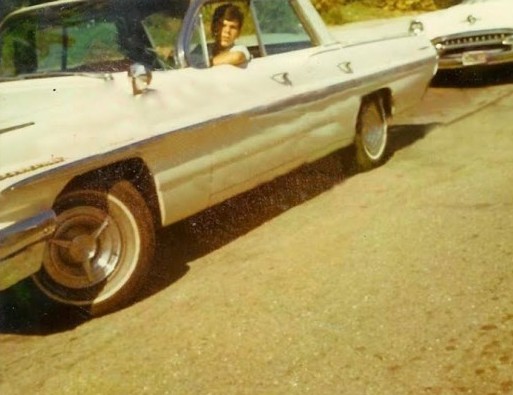 (JTA) – Menahem Orenstein remembers back to the late 1960s when a customer at the Haifa repair shop where he was working would bring in an Austin Mini-Moke for servicing.

Orenstein and another shop employee — his best friend, David Beck — enjoyed the novelty of the tiny green car they thought resembled a toy. The vehicle had no doors and was so low, climbing in was a breeze.

Their workday done, the two teenagers would sit in the Mini-Moke, fiddling with the steering wheel and the dashboard dials.

As they weren’t scholastically inclined, the boys attended weekly classes at technical high schools – Orenstein in his hometown of Tirat Carmel and Beck in nearby Kiryat Haim – and worked most weekdays at Garage Express in downtown Haifa, near the port. The shop, where the boys met, specialized in fixing three makes: Chevrolet, Morris and Austin.

“With David, everything dealt with cars,” said Orenstein, who was at least one year younger than Beck.

“We were good friends,” he said. “We’d sit together on breaks. I’d go to his house for dinner.”

The two often went to movies or the local swimming pool. Sometimes they walked to the snack shop on Moriah Street where Beck’s mother worked to enjoy a beverage.

For Orenstein, the era was difficult, growing up in an immigrant-filled tent city near Haifa. His family didn’t have electricity or indoor plumbing. But there were fun times, too, like playing soccer in the street, usually with a beat-up ball wrapped in rags – who could afford a new ball?

In 1969, Beck’s parents – then living in Haifa – moved the family to the United States. Beck, 16 at the time, informed Orenstein, but swore him to secrecy because he hadn’t obtained permission from the government to leave during the lead-up to his scheduled induction into the Israeli army.

“He said one day, ‘Menahem, tomorrow we’re moving to America, but don’t tell anyone,’ ” Orenstein said. 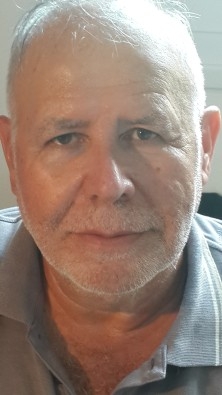 Now 61 and retired from a career as an Israeli army mechanic, Orenstein wants to find his old friend.

Orenstein, who lives in Haifa, has little to go on in his search for Beck. After the move, the friends exchanged letters for two years. Before his army induction, Orenstein reread all the correspondence, which he had saved. Then he threw them all away, figuring that the friendship “had its time and now it’s over,” he said.

Soon, however, Orenstein came to regret tossing the letters. Following his army service, he visited people who knew his friend, but none had Beck’s address.

All Orenstein kept was a snapshot of Beck in the driver’s seat of a 1962 Pontiac Bonneville that Beck’s father had purchased not long after moving to the United States. Orenstein isn’t even sure where the Becks settled – in the New York area, he thinks. Orenstein recalls Beck writing of his happiness at earning his driver’s license.

Years later, Orenstein relaunched the hunt for his friend. Eliezer Barletzky, owner of the Pe’er Cinema in Haifa, knew Beck’s father, Ben-Zion, who had worked as a poster hanger promoting movie showings in the city. Barletzky told Orenstein that billionaire casino owner Sheldon Adelson’s wife, Miriam, was a Haifa native who had helped the Becks when they settled in the U.S., but he was unable to get in touch with her. Miriam Adelson told “Seeking Kin” that she doesn’t remember the family.

Barletzky also told Orenstein that Ben-Zion Beck was killed when a car backed up and struck him. Orenstein recalled the elder Beck driving around Haifa on a three-wheeled motorcycle to post the movie announcements. He was known to wear a black hat even though he wasn’t observant.

A friend of Orenstein who works for an Israeli government agency dug a bit and found out that Beck’s younger sister, Sharon Horn, had visited Israel in 2006; that their father was from Poland; and that their mother was a native of Germany. He also learned the number on David’s Israeli identification card.

Orenstein has checked Facebook and elsewhere on the Internet. In the old days he’d go through hotel telephone books during visits to the United States. He also contacted some American repair shops specializing in GM cars after learning that Beck specialized in such vehicles.

“I heard that David worked in a garage in New York for a Jewish man who had a daughter, and the boss wanted them to date, but I don’t know if they ended up getting married,” said Orenstein, who is married with no children.

He shares the hope that Beck would like to have a reunion, too, adding that theirs “was a nice, positive friendship.”

(Please email Hillel Kuttler at seekingkin@jta.org if you know how David Beck can be reached. If you would like “Seeking Kin” to write about your search for long-lost relatives and friends, please include the principal facts and your contact information in a brief email. “Seeking Kin” is sponsored by Bryna Shuchat and Joshua Landes and family in loving memory of their mother and grandmother, Miriam Shuchat, a lifelong uniter of the Jewish people.)