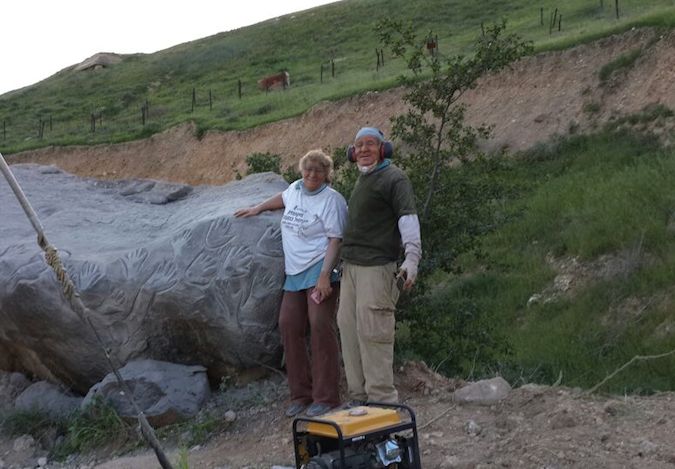 BALTIMORE (JTA) – The name one Jerusalemite bears is fraught with meaning.

Shimon Balas, a new immigrant from Yemen, was killed by a Syrian sniper on April 4, 1951. His father, Shalom Balas, was so desperate for a male heir that in the next five years he produced two daughters before a son was born in 1956 – when Shalom was about 70 years old. He named him Shimon, too.

“My father would always expect me to be like my brother. If I did A, he’d say, ‘Your brother would have done B,’” said Shimon Balas, 58, who works for the municipal courts.

Balas knew little about the circumstances of his brother’s death until recently, when three people driving in the Golan Heights came upon three boulders that would spur them to research the 1951 attack and, ultimately, to honor the seven Israel Defense Forces soldiers, including Balas, killed there.

On June 1, a monument will be dedicated at the site, called Yad Lashiv’a (Memorial to the Seven). The other men, all, like Balas, IDF privates and immigrants, were Simcha Cohen (from Tunisia), Kalman Salonikov (Bulgaria), Yitzhak Yisraeli (Iran), Mordechai Cohen (Turkey), Shimon Cohen (Morocco) and Nissim Laub (Morocco).

“Now, after 60 years, I’m just learning what happened,” said Salonikov’s sister, Yehudit Zeir, 81, who lives on Moshav Bitzaron, near Rehovot. “We went through the Shoah, everything was fine in Israel – then this happened. Kalman fell at age 19.”

The memorial on the basalt boulders consists of engravings of the men’s names, explanatory text about the attack that took their lives and skyward stretching hands. 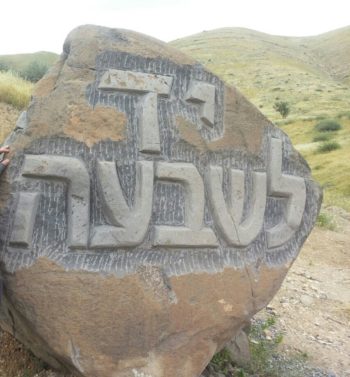 It developed soon after three sculptor friends from northern Israel – Esti Sehaiek Har-Lev, Yuval Lufan and Ahiam Lifshitz – went on an outing on Feb. 8 to Hamat Gader, known for its hot springs, water park and alligator shows. At the fork leading up one winding road to the heights or down another to Hamat Gader, they noticed the boulders.

They mentioned it to another friend, tour guide Gil Brenner, who was familiar with the facts of the attack.

According to the Israeli Air Force’s recounting of what happened, 21 men set out from the police station at Tzemach, near the southern tip of the Sea of Galilee, at 2:45 p.m. on the 4th; 19 of the 21 were IDF soldiers wearing police uniforms. The unit was responding to reports that reached the IDF’s Northern Command stating that Syrian soldiers wearing civilian clothes had entered the area, which was a buffer zone under the 1949 armistice agreement. While Hamat Gader belonged to Israel, Syrians controlled the narrow mountain pass.

Just after 5 p.m., seven of the men were dead – shot by a Syrian soldier from a still-extant bunker on a hill above.

A few days after the artists discovered the boulders, they returned with Brenner. They considered creating a memorial where none existed.

“When I looked at [the boulders], I saw in my imagination the raised hands of people screaming, praying and lifting their hands to God,” said Sehaiek Har-Lev. “It was like a vision.”

Through Facebook, Internet searches, the nonprofit organization Giving Faces to the Fallen and interviews on the radio programs “Kol Shishi” (Friday’s Voice) and “Hamador L’chipus Krovim” (Searching for Relatives Bureau), they compiled the names of the victims and located their families.

The sculptors returned to the site to work for four full days and for the first time noticed that the basalt was pockmarked, apparently by bullets shot at the Israeli force 64 years earlier. Sehaiek Har-Lev outlined in chalk the hands of five Dutch Christian tourists who came to watch. Three passing soldiers also volunteered as hand models.

Using large, loud machines for much of the rock-carving, the sculptors feared that they’d be prevented by authorities from doing their work – perhaps even be charged with vandalism, said Sehaiek Har-Lev, 66, a resident of Poriah Illit, a village near Tiberias.

The project “connects me again to this land” and was particularly poignant because nearly all the seven soldiers died unmarried and childless, she said.

One who did father a child was Simcha Cohen, whose wife, Fortuna, was four months pregnant back in Beersheba when he was killed. 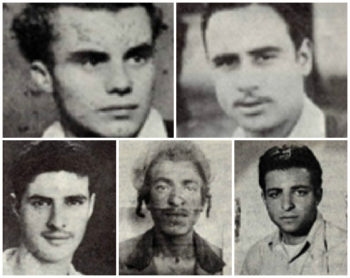 Their daughter, Etti Oudy, visited the memorial-in-the-making and allowed Sehaiek Har-Lev and Lufan to outline her hands on the rock, too.

“I’m so thankful to them. I never saw something so wonderful – and they did it as volunteers,” said Oudy, a resident of Rishon Lezion. “It’s exciting and emotional that, after 63 years, people would do this. It’ll be there for future generations.”

Oudy spoke with “Seeking Kin” on April 21 from the Petach Tikva hospital where she awaited the birth of her eighth grandchild, a girl. The baby, Yali, arrived that night, after the start of Yom Hazikaron, Israel’s memorial day for soldiers and terrorism victims. At the military cemetery on Jerusalem’s Mount Herzl, in consecutive plots, rest five of the seven fatalities of the attack at al-Hama, as Hamat Gader was known. At the grave sites the next day, Oudy chatted with Balas.

She’ll see him again at the June 1 monument dedication. Attending, too, will be her only son, Yanai, the new dad. Yanai was named for Oudy’s father. Simcha Cohen’s middle name was Yonah.