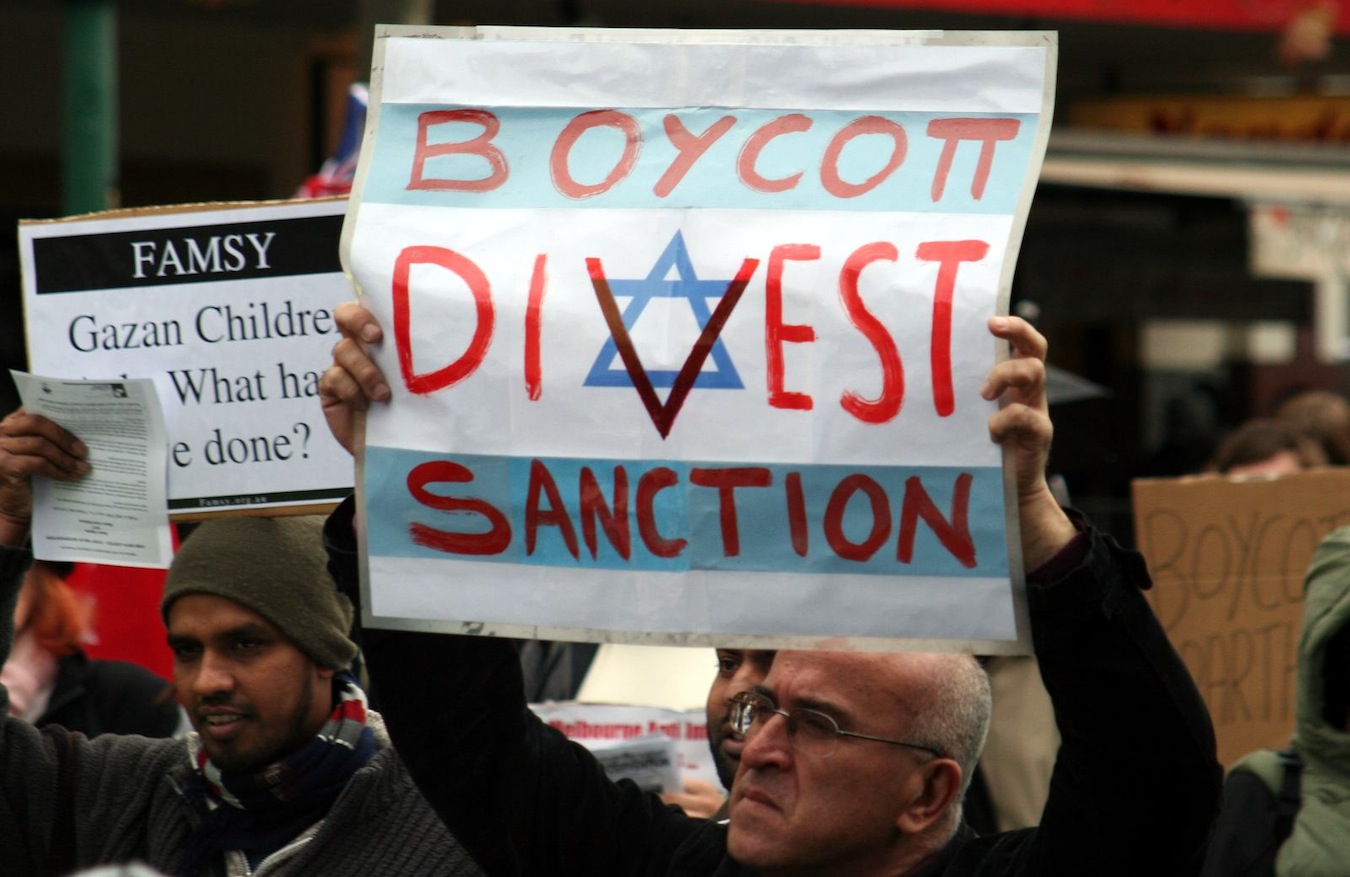 NEW YORK (JTA) — Let’s be clear from the outset: the BDS movement, the effort to support boycott, divestment and sanctions against Israel, is sinister and malicious and is having a negative effect on Jewish students on some campuses and on the wider Jewish community.

The origins of the movement lie in the highly organized and well-financed activities of anti-Israel activists who oppose the very concept of a Jewish state. They have cloaked their campaign in the language and imagery of human rights and looked to the efforts to isolate apartheid South Africa in the 1980s as the model for their own behavior.

The movement has already had several incarnations — thus far largely unsuccessful because most Americans are able to see through the absurd analogy between Israeli democracy and South Africa’s fundamentally exclusionary, racially based apartheid system.

Today’s version, however, seems to be picking up steam, particularly on college campuses across the United States. While no universities have yet adopted or implemented BDS, there are a growing number of campuses — now up to 29 — where student organizations have held votes to determine whether they support BDS.

All of this has a deleterious impact on Jewish students. The last thing many of them expected or desired was to spend their undergraduate days under attack or having to defend the one Jewish state— or even their own Judaism.

As anti-Israel activity increases, Jewish groups understandably feel a drive to do something about it. For many, this has meant educating Jewish students about the issues, preparing them psychologically to deal with them and informing college and university administrators about the nature of BDS campaigns and their impact on Jewish students. It also has involved positive programming for Israel on campus, encouraging Jewish students to build alliances with other minority groups. And it has involved urging university administration leadership to make clear, as then Harvard University President Lawrence Summers did in 2002, that a BDS program targeting Israel is inherently wrong and should never become policy on campus.

All of these initiatives are valuable and necessary, but they take time, persistence, stamina and commitment — characteristics not easily achieved on campuses, where student bodies are in constant transition and where young people may undergo dramatic change in their lives and values within a short period of time. More can and should be done.

Then along comes an idea that looks to some like a magic wand: legislation at both the state and federal level making it illegal to conduct boycotts, divestment or sanctions against Israel. The appeal of such legislation is understandable. It lacks the wishy-washiness of education, lobbying or persuasion. It seeks to use the very real power of government to stop the bad guys.

Magic wands, however, are just that — magical. They give one the feeling of control and power, but they are not real. And they divert us from the day-to-day unglamorous work that needs to be done.

Legislation that bars BDS activity by private groups, whether corporations or universities, strikes at the heart of First Amendment-protected free speech, will be challenged in the courts and is likely to be struck down. A decision by a private body to boycott Israel, as despicable as it may be, is protected by our Constitution. Perhaps in Europe, where hate speech laws exist and are acceptable within their own legal frameworks, such bills could be sustained. But not here in America.

Moreover, in light of such legislation, BDS campaigners would undoubtedly portray themselves as victims of efforts to stifle their free expression which would likely win them more sympathy and support from students — even those who are not inclined to be hostile to Israel.

This fantasy of a magic wand will sap the energy from what is truly needed: a comprehensive approach to the rising BDS challenge by students, community groups, Jewish leaders, state and local government officials and business leaders. Today, there are at least 33 states with formal trade, research and development relationships with Israeli businesses and academic institutions.

Dozens of colleges and universities also have cooperative research and academic programs with Israeli universities. Our goal should be all 50 states and hundreds more academic institutions.

If, as a community, we seek to mobilize our elected officials, let’s work for the positive kind of action that promotes the expansion of mutually beneficial business, academic and cultural ties with Israel. We should reward universities and institutions who stand up to the boycott and who, in a courageous and vibrant way, invest in programs with Israel and support research and student-and-faculty exchanges.

More Israeli artists, performers and musicians should be brought to American campuses so Jewish students, together with the rest of the campus community, will experience the transcendent power of artistic expression. Organizations like the Israel America Council are already doing this.

And let’s take special note of the impact of Birthright Israel, which has given tens of thousands of young American Jews the opportunity to learn about Israel firsthand. There is nothing more effective to help equip our children with knowledge and understanding of the vibrant and complex Jewish homeland.

The truly admirable story of the American Jewish community since World War II is about commitment to the power of being heard and the value of championing just causes in the marketplace of ideas. It is a commitment grounded in what can work, and what cannot.

As we venture forth to meet new challenges from anti-Israel forces on campus and elsewhere, we should always remember how we got so far and accomplished so much.

Abraham H. Foxman is national director of the Anti-Defamation League.