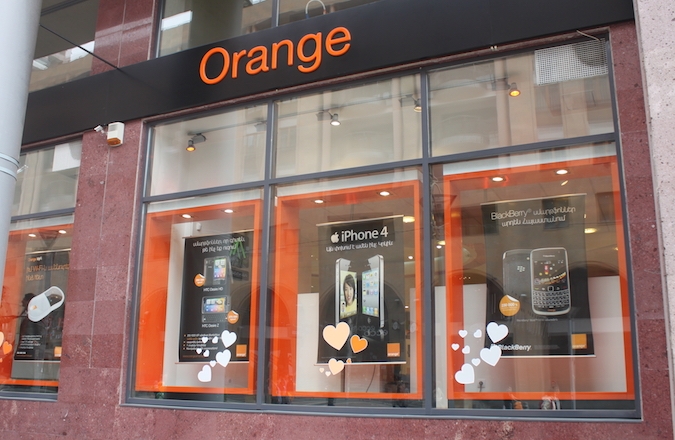 JERUSALEM (JTA) — A major French telecommunications company partly owned by the government confirmed that it was planning to leave the Israeli market, but said the move was strictly business.

The statement by Orange comes a day after its CEO said at a news conference in Cairo that he would cut ties with an Israeli partner “tomorrow” if it could do so without incurring financial penalties, leading to boycott accusations.

“The Orange Group is a telecoms operator and as such its primary concern is to defend and promote the value of its brand in markets in which it is present,” read a statement issued Thursday by Orange, which is 25 percent owned by the French government. “The Group does not engage in any kind of political debate under any circumstance.”

Orange is franchised under a long-term contract to Partner Communications Ltd. in Israel, which is owned by the Egyptian-born Hollywood entertainment tycoon Haim Saban, and has come under fire from French human rights groups because it provides communications services to Israeli settlements in the West Bank.

Orange said it wants to cancel the agreement with Partner, its only long-term deal, because it has no say in strategy or development. The agreement was extended recently for another 10  years, according to the French news agency AFP.

Israeli Prime Minister Benjamin Netanyahu on Thursday called on the French government to denounce the statements by Orange CEO Stephane Richard and the company’s announcement.

“I call on the French government to publicly denounce the despicable statement and actions of a company that is under partial French government ownership,” Netanyahu said in a statement. “At the same time, I urge our best friends to loudly proclaim that they are opposed to any sort of boycott against the state of the Jews.”