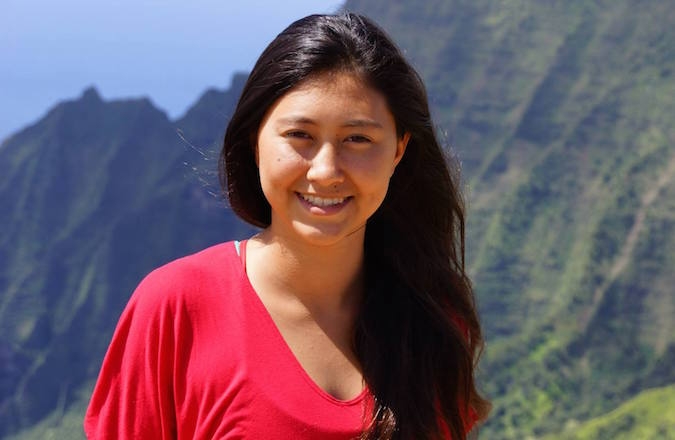 (JTA) — Talia Abrams was struck by the irony that some of her neighbors on the Hawaiian island of Kauai could not afford to eat healthy food.

“It was crazy to hear this because we live on the ‘Garden Island’ of Hawaii,” said Abrams, 16.

So two years ago Abrams, who is home-schooled, wrote a bill as an educational assignment that would require the Hawaii Department of Land and Natural Resources to appropriate funds to create edible landscapes in public spaces by planting fruit trees and vegetable and herb gardens for public use across the state.

She took the bill to her state representative, Derek Kawakami, who introduced it to the state House of Representatives. Ultimately the bill was defeated in the Hawaii Senate over liability issues, but it attracted support for Abrams not only from Kawakami but also her mayor and state senator. They helped secure $10,000 and permission from Kauai’s Department of Parks and Recreation for Abrams to start a pilot program at a local park in the town of Kilauea. The goal of the program, she said, is to serve as a model for how similar programs could run at the state level.

Abrams said the plans for the garden have already been drawn. In October, adjacent to a baseball field, playground and parking lot, the planting will begin: fruit trees, a hedge of vegetables, a taro patch, and two herb gardens with rosemary, basil, sage and mint. The resultant bounty will be available for everyone, she added.

For Abrams, the program will be deemed a success “if even one mouth is fed.” She also hopes to educate residents about how to garden, what to grow and how to use what they grow.

“You can’t do anything by yourself,” said Abrams, citing her community’s support for the program. “You need all the support you can get.”

JTA caught up with her recently to talk about what makes a hero, the Jewish experience that profoundly moved her and her words of advice to teens on community service.

Abrams: Somebody who helps somebody else in any way is a hero.

I went to a Jewish teen Shabbaton [with the Chabad Teen Network] in New York a few months ago and went to the [Lubavitcher] rebbe’s grave. I asked him for guidance, and afterwards I felt like I was able to have a lot more momentum [with the garden] and he was helping me somehow.

What do you think you want to do when you grow up?

I hope to be a lawyer; if not, then a doctor. But the plan at the moment is a lawyer working with the government to help people.

If you could have lunch or coffee with anyone and tell him or her about your edible landscape, who would it be?

[First lady] Michelle Obama because she impacts a lot of people and would know how to incorporate [the gardens] in other places.

I surf, I do gymnastics, I act in shows.

What advice would you give to other teens interested in starting a community service program?

Try and do what you can. Even if you think you might not make an impact, keep trying.