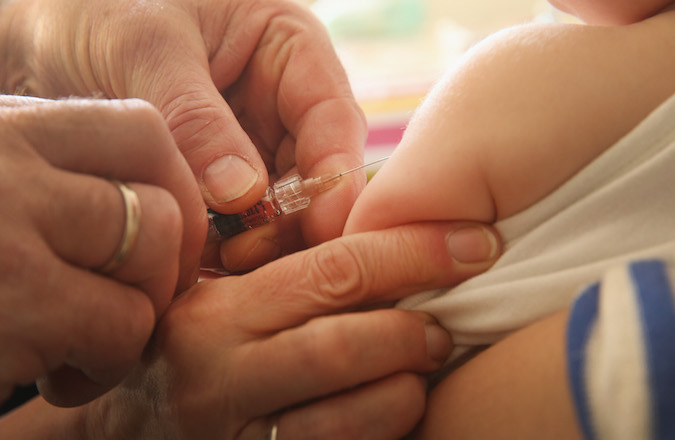 In Israel, child subsidies could be eliminated for families who do not vaccinate their children. (Sean Gallup/Getty Images)
Advertisement 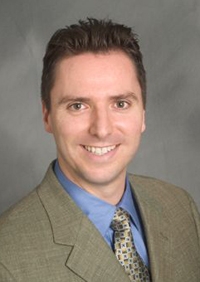 According to Dr. Bob Sears, the U.S. has a “refugee” problem.

“So, I’ve been getting a lot of new patients,” Sears begins in a Facebook post on June 16. “Well, refugees really. Patients who have been kicked out of their doctor’s offices all across Orange County as pediatricians band together to form a united front against parents who choose not to vaccinate their children.”

Sears goes on to describe how he openly welcomes these families to his office — and that parents should be proud of their decision not to vaccinate. But, he cautions, they should be prepared to face discrimination:  “Ya, I guess you don’t want to advertise it around the neighborhood – that will come soon enough. Scarlet ‘V’ anyone? No, not scarlet. Let’s make it yellow,” he writes. “And not a V – a star would be better. That way everyone can know at first glance who is safe to be around and who is not. That way, if your old doctor and his children are walking down the street, they can easily identify your kids and quickly cross to the other side before they get too close.”

“Ask your Assemblyperson which color and shape they think would be most appropriate,” he adds.

Sears — or, “Dr. Bob,” if you prefer, has been a vocal opponent of proposed California state legislation designed to tighten vaccine requirements — is part of the Sears medical dynasty, which is known for its frequent media appearances as well as advocating for attachment parenting. (He is a son of Dr. William Sears and Martha Sears, a nurse.)

Dr. Bob Sears is the author of “The Vaccine Book: Making the Right Decision for Your Child,” which proposes an “alternative” vaccine schedule to the one proposed by the CDC. Sears’ book has been the subject of controversy and criticism; Seth Mnookin, author of “The Panic Virus,” calls Sears a “first-rate huckster.”

The controversy was previously reported at Forbes.com.

READ: At some day schools, vaccination rates decline even as disease spreads

Sears later edited his Facebook post — which received more than 4,200 “likes” and more than 1,000 shares — adding a puzzling disclaimer: “This post is not intended as a reference to a holocaust,” he writes. “It’s (obviously) a reference to the discrimination and prejudice felt by the Jewish people many years ago. But, it is not intended to compare vaccination or non-vaccination to a holocaust. If the historical parallel bothers you, maybe it should.”

The controversy is reminiscent of another recent vaccine flap. In April, the environmental activist Robert Kennedy, Jr., was criticized for likening the effect of mandatory vaccines to a holocaust, and subsequently issued an apology. “I want to apologize to all whom I offended by my use of the word ‘holocaust’ to describe the autism epidemic,” Kennedy said at the time.