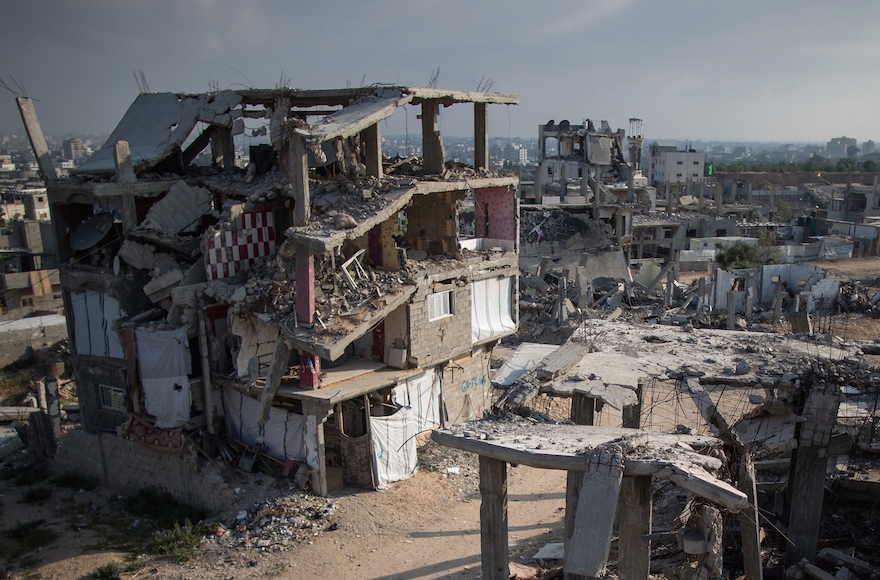 JERUSALEM (JTA) — Israel’s military and Palestinian armed groups committed “serious violations” of international human rights law during their conflict last summer that in some cases may amount to war crimes, according to a United Nations report.

The report of the U.N. Commission of Inquiry on the 2014 Gaza conflict was released Monday. While the report accused both sides of possible war crimes, its findings focused more on what it considers Israeli wrongdoing in its operation known as Protective Edge.

“The commission was deeply moved by the immense suffering of Palestinian and Israeli victims, who have been subjected to repeated rounds of violence,” reads the conclusions section of the 183-page report.

The writing of the report was directed by Mary McGowan Davis, a former justice of the Supreme Court of New York. Davis replaced the original head, William Schabas, who resigned in April. Israel provided evidence to the U.N. Human Rights Council in Geneva that Schabas, a Canadian international law professor, had authored a seven-page legal opinion on behalf of the PLO for which he was paid.

Israel refused to cooperate with the investigation, including denying entry to commission members, though some Israelis did testify.

The report called on Israel to “provide sufficient details on its targeting decisions to allow an independent assessment of the legality of the attacks conducted by the Israel Defense Forces and to assist victims in their quest for the truth.” It acknowledged that in order to do so could be a security risk for Israel that could “jeopardize intelligence sources,” but said that did not excuse Israel from doing so.

The report said that a “persistent lack of implementation” of recommendations by previous commissions of inquiry, fact-finding missions, U.N. treaty bodies, special procedures and other United Nations bodies “lies at the heart of the systematic recurrence of violations in Israel and the Occupied Palestinian Territory.”

Israeli Prime Minister Benjamin Netanyahu reportedly has ordered his government ministers to refrain from commenting on the report until it can be studied and a response formulated.

In a statement, the Foreign Ministry criticized the U.N. report.

“It is regrettable that the report fails to recognize the profound difference between Israel’s moral behavior during Operation Protective Edge and the terror organizations it confronted,” the Foreign Ministry said.

“This report was commissioned by a notoriously biased institution, given an obviously biased mandate, and initially headed by a grossly biased chairperson, William Schabas,” the statement said. “Israel will continue to uphold its commitment to the law of armed conflict despite the brutal tactics of its enemies. Israel will continue to investigate alleged wrongdoing in accordance with international standards and to cooperate with those UN bodies that conduct themselves in an objective, fair and professional manner.”

Last week, Israel released its own report that said the escalation of attacks on Israel by Hamas and other terrorist organizations in the Gaza Strip justified its broader military operation under international law.