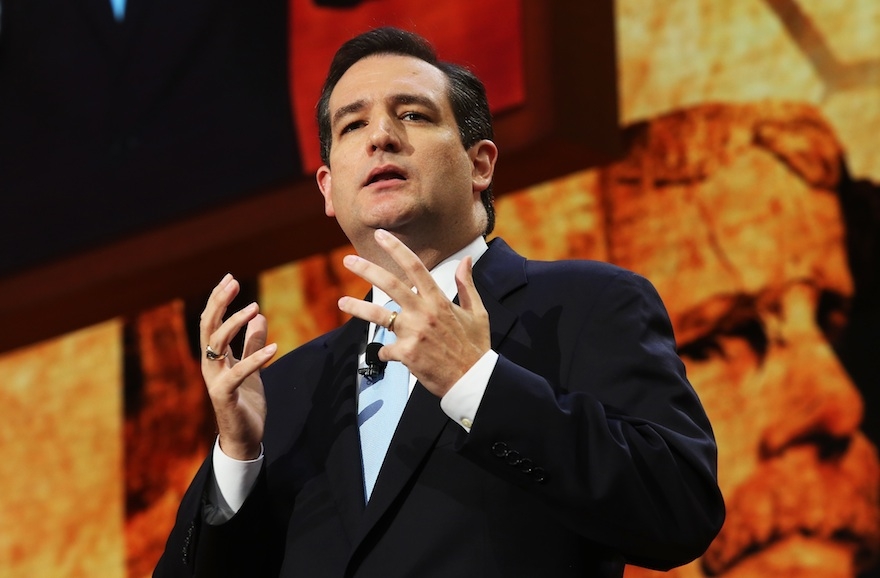 Ted Cruz would have to authorize the PAC for it to use its name, the FEC ruled. (Getty Images)
Advertisement

“Jews for Cruz” can be for just about anything but Cruz, the Federal Election Commission said, according to Time Magazine.

The Jews for Cruz PAC backs Sen. Ted Cruz (R-Texas) and his presidential bid, but Cruz has not authorized them to do so. Thus they must change their name, the FEC informed the PAC in a letter Monday.

FEC rules (see page four, here) say a political action committee must have a formal affiliation with a candidate in order to include the candidate’s name in its name.

Apparently the group has a penchant for rhymes. Time says its Twitter profile read: “Help us fight the Islamic and liberal assault on America and Israel. In your heart, you know we’re right. And in your guts, you know they’re nuts.”

But I like “Guts and Nuts” as the PAC’s name.

UPDATE: The PAC formerly known as Jews for Cruz contacted me via Twitter to inform me a) they have changed their name to JRUZ PAC in hopes of appeasing the FEC. And b) they are not the authors of the Twitter profile Time quoted, with the memorable “in your guts, you know they’re nuts” sign-off.

I’m not sure who wrote it — Google wasn’t helpful. The Jewish Task Force also occasionally calls itself Jews for Cruz, and in this video, Haim Ben Peach, who speaks for the group, says Jews who don’t join the group are “nuts.”