Sauna rabbi says he plans to remain in his job 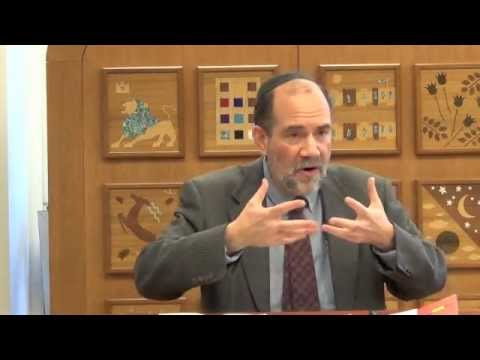 (JTA) — Rabbi Jonathan Rosenblatt told his congregants that he plans to continue serving as spiritual leader of the Riverdale Jewish Center despite media attention over his method of outreach to young men.

Rosenblatt’s unusual behavior of inviting young males to join him for naked heart-to-heart talks in the sauna has prompted talk about a contract buyout or firing the rabbi, who was the subject of a recent article in The New York Times.

“This is a crisis created by my own lapses of judgment,” Rosenblatt, told a meeting of congregants on Wednesday, the New York Times reported, citing a recording of the speech transcribed by a synagogue member. “I have brought pain to people, shame to my family and I have caused a desecration of the divine name.”

Rosenblatt reportedly said that calls for him to be removed from his position are “disproportionate,” and that he plans to continue to serve the 700-member congregation, as he has for the last 30 years.

Earlier this month, the board of directors of the Riverdale Jewish Center voted 34-8 to seek a financial settlement to get Rosenblatt to resign his pulpit position.

The Times story that prompted the firestorm focused on Rosenblatt’s custom of inviting male congregants or students, some as young as 12, to play squash or racquetball, then join him in the public shower and sauna or steam room, often naked. No one cited in the story accused Rosenblatt of sexual touching, but several expressed their discomfort with the practice and described the behavior as deeply inappropriate for a rabbi and mentor. At various times, Rosenblatt was told by rabbinic bodies or his congregation’s board to limit such activity.

Rosenblatt says he is innocent of any crime. The Bronx district attorney’s office said it is looking into whether any crime was committed and has urged victims to come forward.

In the wake of the New York Times article in late May, nearly 200 members signed a petition calling on the rabbi to remain in his position, while a second petition signed by about 45 members urged him to resign.