Should we feast or fast during 4th of July weekend? 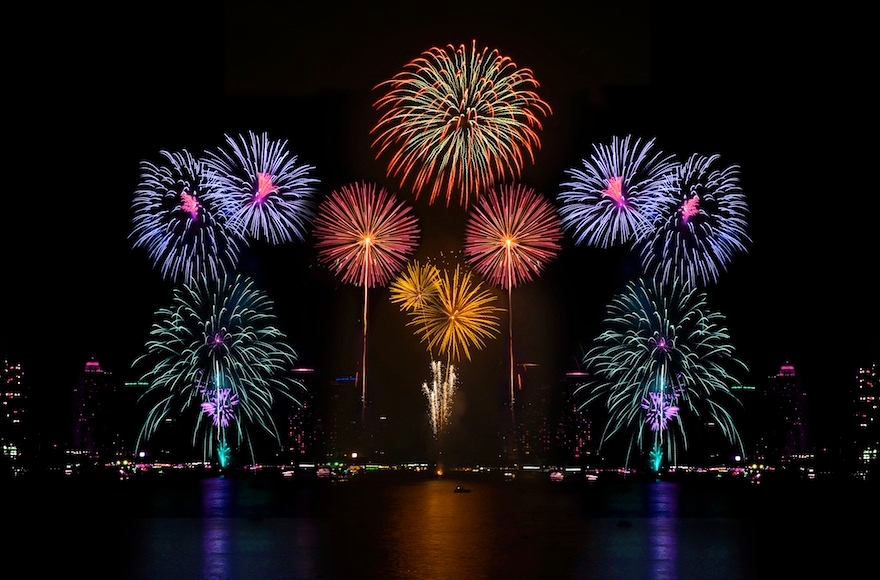 A fireworks display is a popular way to celebrate the Fourth of July — but it's not the only way. (Shutterstock)
Advertisement

LOS ANGELES (JTA) — On this holiday weekend, due to a confluence of special days — Independence Day, the 17th of Tammuz and Shabbat — American Jews will have the opportunity to both celebrate our religious freedom and retrace what we did when it was threatened.

The 17th of Tammuz, a little-known fast day, commemorates the breach of Jerusalem’s walls by the Romans that led to the destruction of the Second Temple — and, eventually, to another chapter of the Jewish Diaspora. The day also marks the beginning of the three-week mourning period leading to Tisha b’Av.

The 17th of Tammuz falling on July 4th is a coincidence that happens about every 10 to 20 years, with the most famous being in 1776. The next time this will happen is in 2034, a Tuesday.

For observant Jews, the answer of how to observe this calendrical concurrence is dictated by the day. Since the 17th of Tammuz falls on Shabbat, which is supposed to be joyous, the fast — which lasts from sunrise until nightfall — gets a rain check until Sunday.

READ: Rabbi Jill Jacobs on honoring ‘public’ Judaism on the Fourth of July

For those of us who are less traditional, and perhaps not even vaguely aware of this minor Jewish day, how should these commemorations color our weekend? For myself, it’s hard enough to integrate celebrating the Fourth on Shabbat — I’m going to an outdoor service — let alone add an additional fast day to the two I already observe, Yom Kippur and Tisha b’Av.

I wondered: Is there another way to have a celebratory day of red, white and blue — followed by a more somber day colored more, well, blue? Something like a Passover seder, which would allow us to remember our “going out” and recall a time when our religious freedom and our lives were in jeopardy.

Looking for direction, I contacted Ron Wolfson, who has written extensively about holding seders for occasions other than Passover, including Shabbat and Thanksgiving. Perhaps he had ideas about how to celebrate these days in early July. 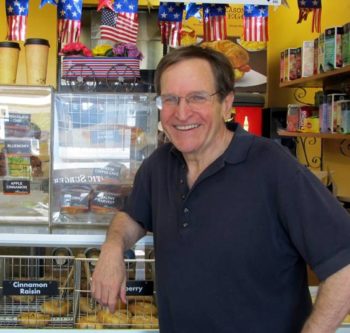 Author and educator Ron Wolfson — in a bagel shop decked out for the holiday — says the Fourth of July is a time to remember. (Edmon J. Rodmon)

In his latest book, “The Best Boy in the United States of America,” Wolfson reflects on his childhood growing up among Jewish immigrants. In the memoir, he writes about his grandfather Louis Paperny, a fruit peddler in Omaha, Nebraska, who successfully made his way in the new world.

“He came to the U.S. from Minsk in 1906 with nothing,” said Wolfson, who met with me in a bagel shop in Southern California’s San Fernando Valley that was decorated, appropriately enough, in red, white and blue.

His grandfather, who first sold melons at the train station, turned that success into a fruit and vegetable stand — and eventually into a family-owned grocery store, he said.

“The Fourth of July is a time to remember that,” said Wolfson, a professor of education at the American Jewish University in Los Angeles.

But he also believes that this year, “The Fourth of July ought to be a time when we just don’t have a picnic and watch fireworks,” he said. Instead, Wolfson wants us to “stop and think about the blessings of freedom and independence and the great opportunities that America afforded the Jewish community.”

“What about using the weekend to look into the journeys our families have taken to come to America?” I suggested, thinking of my grandfather Joseph Singer, whose U.S. certificate of citizenship lists his former nationality as “Rumania Austria” and his race as “Hebrew.”

Wolfson also thinks that immigrants who have arrived more recently, such as Persian and Russian Jews, can identify with the hopes for religious and economic freedom that brought earlier waves of Jewish immigrants to America.

For inspiration, he suggests checking out Freedom’s Feast, an online “interactive civics program” that encourages “creative celebration of our national holidays.” Freedom’s Feast — Wolfson is its executive editor — implores us  to “learn new ways to explore and participate in our American democratic tradition.”

READ: On July 4th, 1939, demonstrations to uphold ‘American ideals of tolerance and freedom’

There, besides the holiday “conversation starters” I found, in their guide to Independence Day, the beginning of the Declaration of Independence turned into a responsive reading:

“ALL:  We hold these truths to be self-evident

Reader:  that all men are created equal,

Reader:  that they are endowed by their Creator with certain  unalienable Rights,

Reader: that among these are Life, Liberty and the pursuit of Happiness.”

Generations later, if we have we forgotten their journeys and their reasons for coming, it’s time to rediscover their stories. This holiday weekend, perhaps the morning after the “rockets’ red glare,” we can retrace the paths that brought them to America — and then, if we are not fasting, with a strong cup of coffee, say a “l’chaim” for the freedom that they gave us.