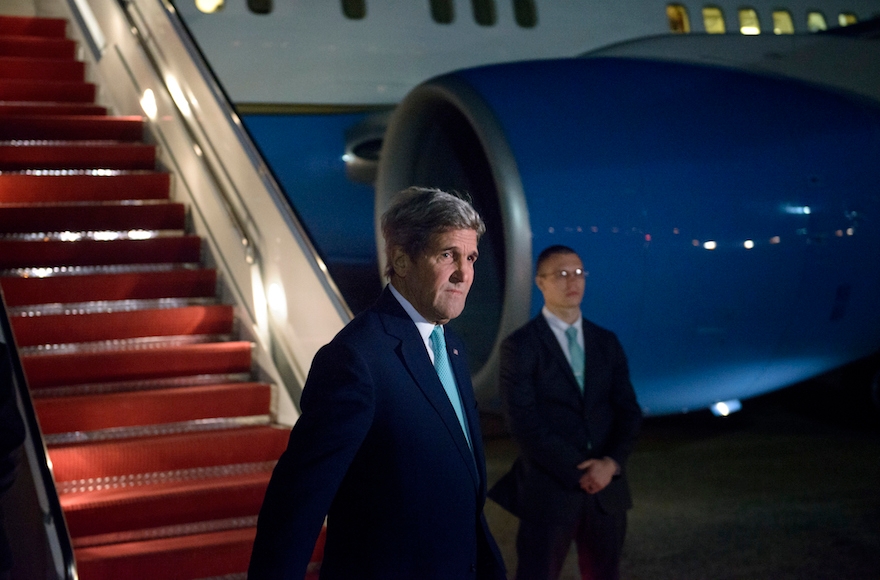 (JTA) — Negotiations for an agreement on Iran’s nuclear program will go past the scheduled deadline, several officials said from Vienna, where the final round of talks was underway.

The agreement was scheduled to be concluded on Tuesday.

On Sunday, Iranian Foreign Minister Mohammad Javad Zarif left the negotiations and flew home to Tehran for consultations after first meeting with U.S. Secretary of State John Kerry. Zarif is scheduled to return on Tuesday, the deadline day for the talks.

The talks between Iran and the six world powers were expected to continue for a few days beyond the deadline, according to reports.

British Foreign Secretary Philip Hammond said the world powers do not have to sign a deal in Vienna.

“No deal is better than a bad deal,” Hammond said. “There are red lines that we cannot cross and some very difficult decisions and tough choices are going to have to be made by all of us.”

Israeli Prime Minister Benjamin Netanyahu criticized the deal on Sunday, saying “there is no demand that Iran change its behavior and its violations are being completely overlooked. Its extreme demands, as well as the concessions to Iran, are increasing.”

President Barack Obama said in April that the interim framework agreement achieved then was “a good deal” that “meets our core objectives, including strict limitations on Iran’s program and cutting off every pathway that Iran could take to develop a nuclear weapon.”

Netanyahu and other critics of the deal, which would gradually lift sanctions on Iran, say elements of the emerging deal allow Iran to continue a degree of uranium enrichment that would enable it to creep toward nuclear offensive capabilities.