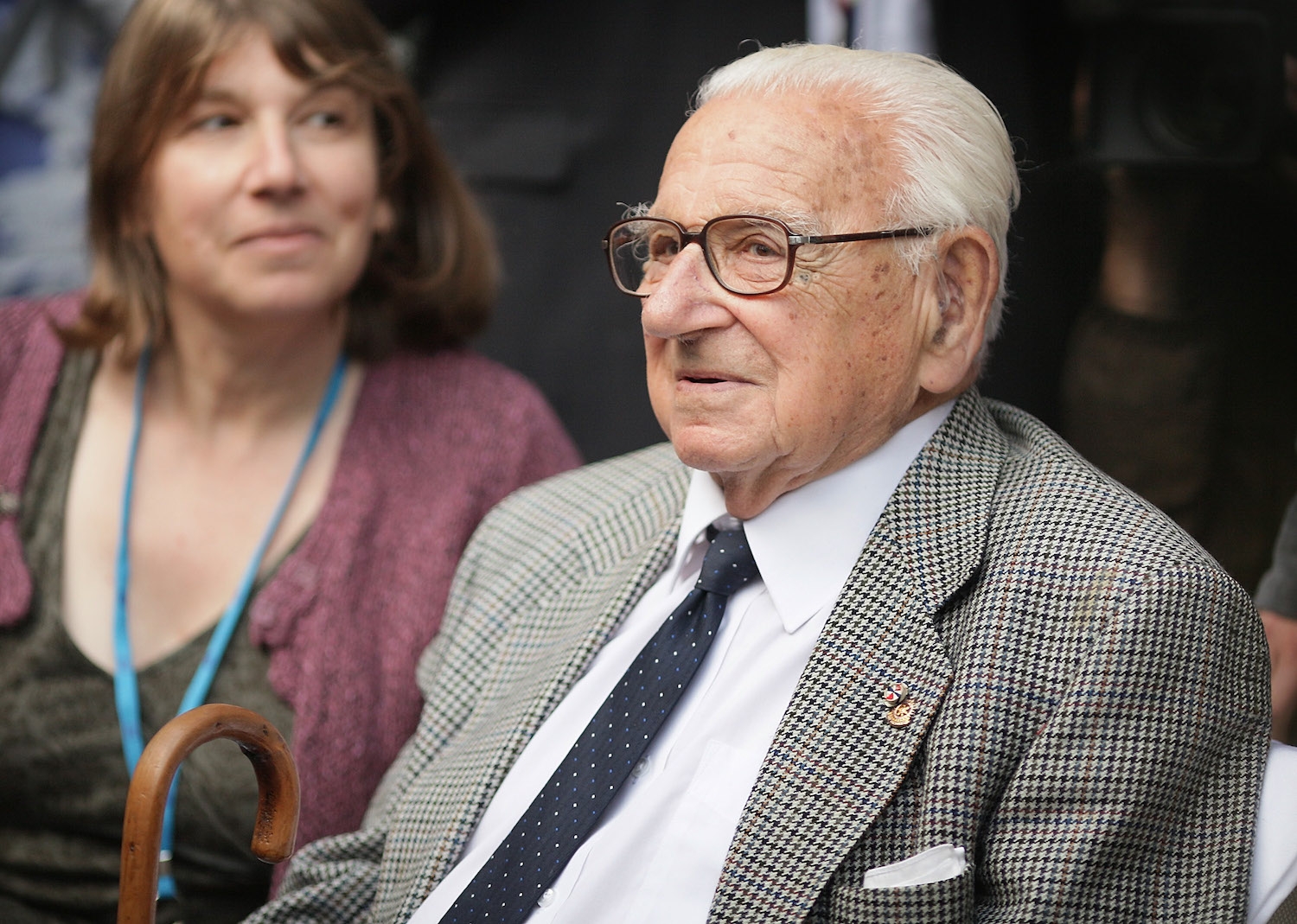 (JTA) — Sir Nicholas Winton, who organized the Kindertransport that rescued 669 children from Nazi-occupied Czechoslovakia, has died.

Winton, known as the “British Schindler,” died Wednesday at 106.

The baptized son of Jewish parents, Winton was a 29-year-old stockbroker when he arrived in Prague in December 1938. He was planning to go on a skiing holiday in Switzerland, but changed his plans when he heard about the refugee crisis in Czechoslovakia, which had just been occupied by the Nazis.

In the following nine months, he organized eight trains that carried children, the vast majority of them Jewish, from Czechoslovakia to safety in the Britain.

Winton’s heroism was unremarked until the 1980s, when his wife found evidence of the rescues. The discovery that led to a reunion with some of the children and a documentary.

“He lived to see thousands of descendants of those whose lives he saved who were proud to call themselves members of his family, and who were inspired by his example to undertake outstanding charitable, humanitarian and educational initiatives,” Mirvis was quoted as saying by the BBC.

Winton received many honors in his later years, including a knighthood. Last year, the Czech government flew him to Prague in a military plane to receive the country’s highest honor.

The “Schindler” reference was to the German industrialist Oskar Schindler, who is credited with saving some 1,200 Jews in the Holocaust and whose story was made into an Academy Award-winning film, “Schindler’s List.”