Report: Soros, Saban give total of $3 million to Clinton campaign 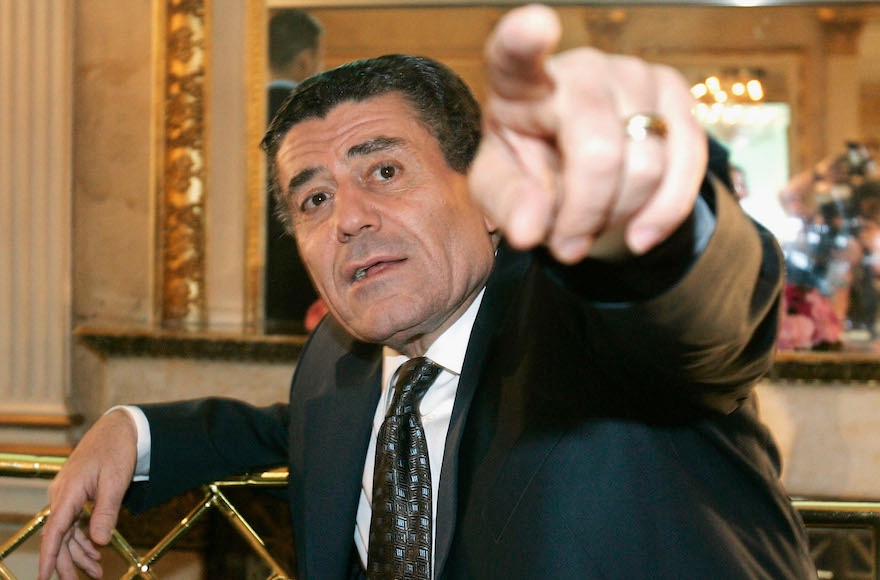 Haim Saban, at a news conference on August 5, 2005, in Munich, Germany, is an Israeli Hollywood mogul. (Jan Pitman/Getty Images)
Advertisement

(JTA) — Jewish billionaires George Soros and Haim Saban reportedly have donated a total of $3 million to the presidential campaign of Hillary Rodham Clinton.

Saban, an Israeli Hollywood mogul, has given $2 million to Priorities USA Action, Clinton’s super PAC, while Soros, a Hungary-born business magnate, has donated $1 million, according to a Politico article published Thursday.

Clinton’s super PAC, which is dedicated to airing ads supporting the Democrat’s bid for the 2016 presidency and attacking her opponents, revealed Thursday that it had raised a total of $15.6 million during the first half of the year.

According to an analysis published Friday, also by Politico, Clinton is privately signaling to wealthy Jewish donors that no matter the result of the Iranian nuclear negotiations, she will be a better friend to Israel than President Barack Obama, whom she served as secretary of state during his first term.

But on the Iranian nuclear deal, which the Obama administration is working to close in the near future despite strong-worded objections by Israel’s government, Clinton has been noncommittal, according to the report.

Donors who oppose the deal are under the impression that she shares their reservations, while those supporting the agreement believe that she agrees with them, according to the Politico article based on interviews with more than 10 Jewish donors. Saban in April suggested that Clinton oppose the deal but later said he has “no idea” where she stands on the issue.

Israel opposes the deal being discussed in Switzerland because of concerns that it “paves Iran’s path to a nuclear bomb,” as Netanyahu has repeatedly warned. But Obama said he is working toward closing the deal because it’s “the best way to prevent” a nuclear Iran.

The deal offers Iran some sanctions relief in exchange for verifiable scaling back of its nuclear program. But Netanyahu insists Iran should not be allowed to retain any equipment for the enrichment of uranium or the development of other nuclear weapons, which Iran claims it does not seek.