Greek FM thanks Israel for concern over economic crisis 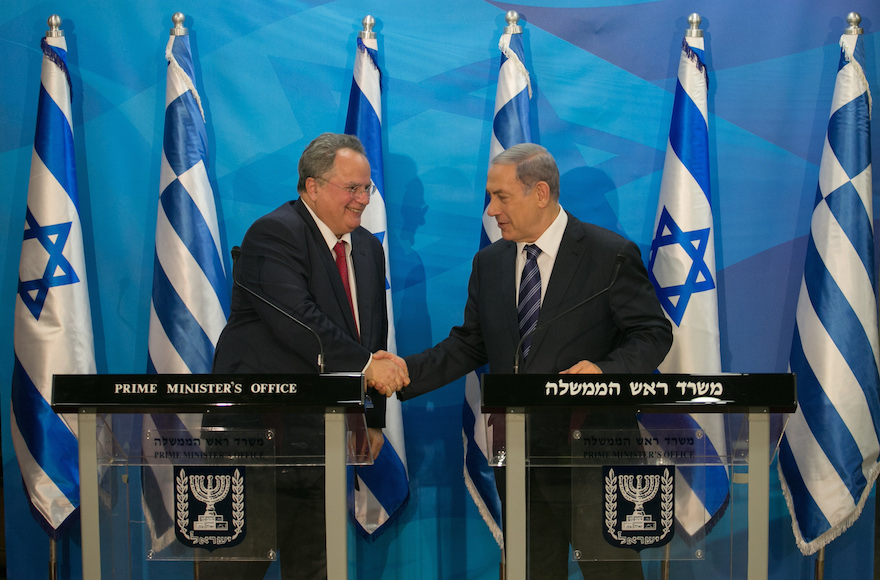 JERUSALEM (JTA) — Greek Foreign Minister Nikolaos Kotzias offered his gratitude to Israel for its concern over his country’s economic crisis while visiting Jerusalem.

“I thank Israel for following what is happening in Greece, and for caring for us,” Kotzias said Monday before meetings with Israeli officials. “Greece is a small country with a long history and more than a few problems, but I am sure that we will overcome this crisis.”

Kotzias arrived in Israel for a three-day visit hours after his country voted 61 percent to 39 percent to reject further austerity measures in exchange for an economic bailout from international creditors. His visit reportedly was set several weeks ago.

The visit will have an “economic emphasis,” the Times of Israel reported, citing Emmanuel Nahshon, Israel’s Foreign Ministry spokesman.

On Wednesday, he will meet with the leadership of the Palestinian Authority in Ramallah.

Kotzias announced last month during a meeting with P.A. Foreign Affairs Minister Riyad al-Maliki that he had instructed his ministry to refer to the area under the P.A. as “Palestine.”

Israel’s National Economic Council chairman, Eugene Kandel, on Sunday briefed government ministers on the economic crisis in Greece, and on its implications and lessons for Israel. Kandel also reportedly will meet with Kotzias during his visit.