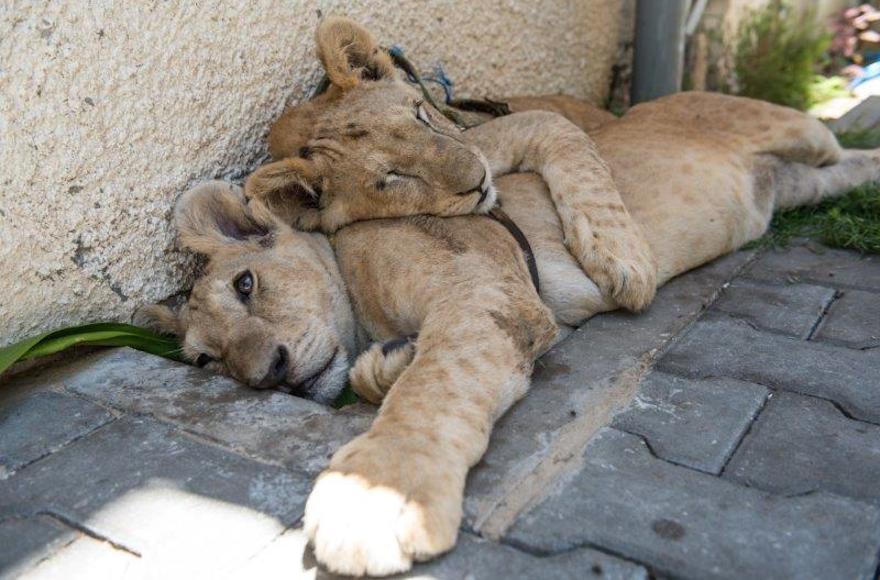 Max and Mona like to hug. (Tom Benda/Four Paws)
Advertisement

JERUSALEM (JTA) — Israel coordinated the transfer of a pair of lion cubs from Gaza to a wildlife sanctuary in Jordan.

The cubs, Max and Mona, were transferred to Israel from Gaza on Sunday through the Erez crossing and then taken to a sanctuary near Amman, where they arrived on Sunday evening.

They first arrived at Erez on Friday after the Israeli side of the crossing had closed, and without any prior coordination. Hours later they were allowed back into Gaza and stayed until Sunday morning in a Gaza hotel.

The cubs had been purchased when they were a month old last summer from a zoo in the border town of Rafah, that was seriously damaged during the Israel-Gaza war and was concerned it would not be able to feed them as they grew, the Associated Press reported. They were raised as family pets at a private home in Rafah.

The British charity Four Paws International convinced the al-Jamal family to give up the animals and arranged for their new home.