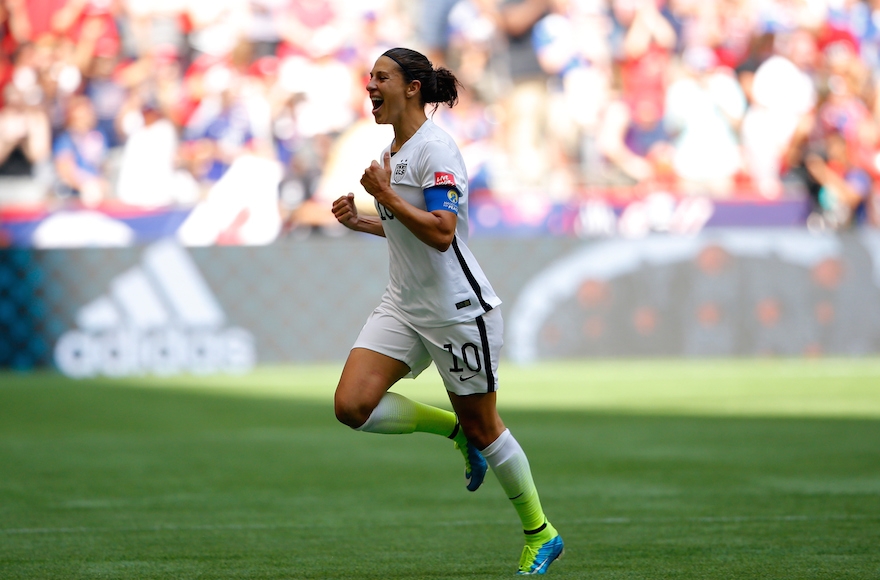 Soccer fans around the world watched in amazement Sunday night as the United States women’s soccer team netted five goals – four of them in the first 16 minutes – to defeat Japan, 5-2, in the FIFA Women’s World Cup final.

Three of the first four goals were scored by midfielder Carli Lloyd, a proficient player who had been overshadowed by teammates Alex Morgan and Abby Wambach before her breakout performance throughout this summer’s World Cup in Canada.

Most Carli Lloyd fans probably don’t know that her soccer roots wind back to Delran, a small town in southern New Jersey – where her high school coach was a Holocaust survivor.

Before Sunday’s finale, The New York Times delved into the tragic story of Rudi Klobach, Lloyd’s coach from 1997 to 2000 at Delran High School. Klobach won 256 games as a girls soccer coach and was inducted into the South Jersey Soccer Hall of Fame in 2011.

Klobach was born in 1944 to Jewish parents in the Theresienstadt concentration camp in Czechoslovakia, where his father rounded up dead bodies for the Nazis. He moved with his family to the United States when he was 4 years old.

“His wife said he had rarely spoken of his family’s time in the camp. Like many other people whose lives were scarred by the Holocaust, Klobach could be a very private man,” Juliet Macur wrote in the Times.