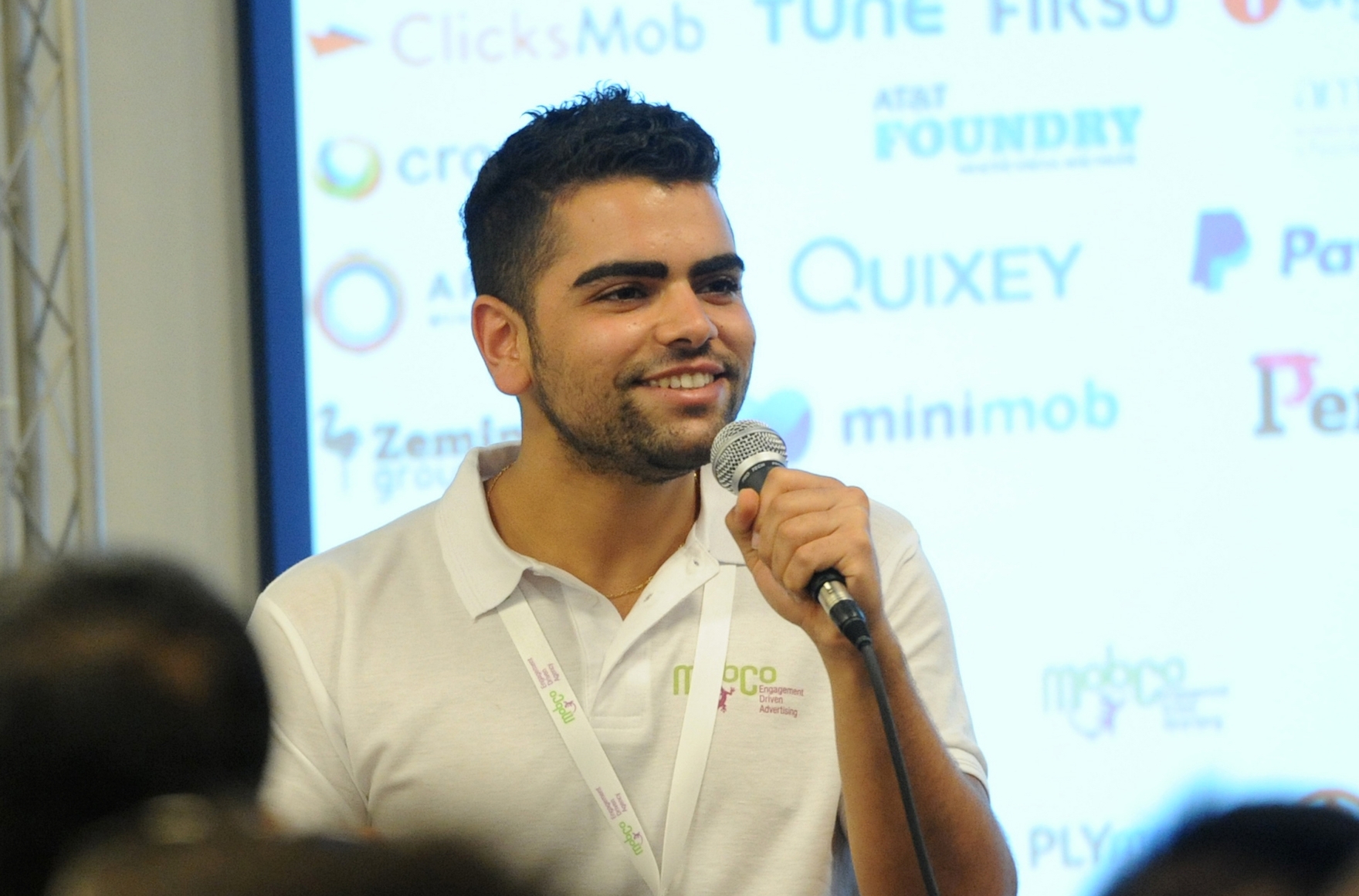 Short and spunky with a wide grin that stretches across his face, the 21-year-old Israeli mobile marketing entrepreneur has already had a lengthy business career, from his start selling lemonade in the first grade to his current venture as head of MobCo Media, a mobile advertising firm with a sleek office on this city’s posh Rothschild Boulevard. While some Israelis travel abroad to sell Dead Sea skin lotions in American shopping malls, Hen did it at age 13 from home, putting the products on eBay.

But his biggest asset by far has been his mouth. As a teenager, Hen reportedly made millions when iPhones first arrived in Israel in 2009 by calling up mobile phone app developers and claiming to be a mobile advertising expert.

“I gave them a bunch of keywords,” Hen told JTA. “I didn’t understand what I was telling them, but it sounded good. It was all by phone and email. They didn’t know how old I was, so they said, ‘Run with it.’”

And run he did. Hen began placing ads for mobile phone apps on the Internet and made a commission when the apps were downloaded. Through trial and error, he learned to tweak the color, size and placement of ads. By the time he was 16, he says, he was making thousands of dollars a month.

Hen quickly realized that rather than marketing the apps himself, he could make money just by telling other people how to do it. So he started teaching aspiring app developers one-on-one in a neighborhood cafe for $200 an hour. After hundreds of people packed a college auditorium to hear him speak, he turned it into a business, launching the Tomer Hen Mobile Marketing College.

This is the sort of work Hen was born for. Hen speaks with his body — gesticulating, shifting his torso, keeping intense eye contact and talking a mile a minute. Part expert, part traveling salesman and part motivational speaker, he mixes marketing terms with inspirational aphorisms as if to show his students that they, too, can succeed in a complicated business only he understands.

“Every time someone gets to your site on their cell phone, he’ll see a winning mobile site according to the perfect formula that I built,” Hen said in a 2013 video advertising his services, taking barely audible gasps between sentences. “It’s very, very important to me to dedicate every moment to maximizing your results.”

Hen says his mobile marketing work made him over a million shekels (about $250,000) by the time he graduated from high school. The marketing college’s website touts Hen’s experience and marketing savvy, and the 2013 video claimed that 2,500 people attended his classes.

Last year, Hen transitioned back into the mobile advertising business with the founding of MobCo, which currently has 10 employees. The company is paid to place ads on phones and it retains much of Hen’s motivational-speaking touch. The company’s walls are emblazoned with aphorisms like “Enthusiasm isn’t an act. It’s a way of life,” and “The best way to predict the future is to create it.”

Hen isn’t all talk. MobCo is planning three more new hires, and Hen says it has hundreds of clients. Ofir Leitner, the founder of Mobile Monday Tel Aviv, a community of mobile entrepreneurs, says Hen succeeds because he delivers results.

“This market is very goal oriented,” Leitner said. “People will look at the success of the company, not if Tomer is young or old or anything else. They want to see the numbers.”

But Hen’s success is a mixed bag. Of the 11 companies that MobCo’s website says the company is “trusted by,” four told JTA they no longer work with him. One of the four said it stopped using MobCo because of disappointing results.

“Things are very dynamic and change every week or two,” Hen said. “One day a campaign can be very successful. Another day, less successful.”

Those ups and downs don’t bother Hen. Having started fast in a volatile industry, he says he tries not to think too far into the future.