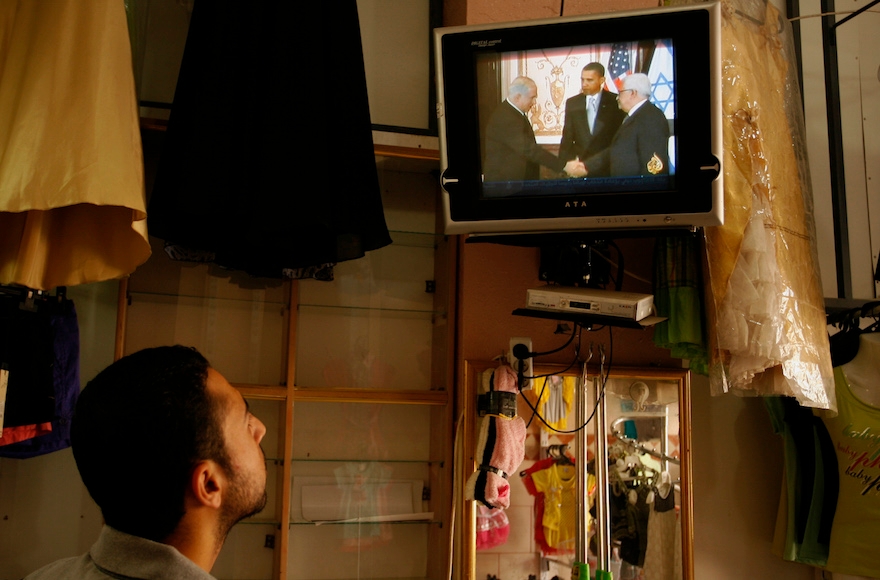 Gilad Erdan signed an order on Thursday barring the Palestinian Authority-funded station F48, or Palestine 48, from operating from its headquarters in the northern Israeli city of Nazareth. The decision was made because of the P.A.’s role in the station, not because of questionable content being shown on the channel.

Erdan said that he does not want “Israel’s sovereignty to be harmed” or for the Palestinian Authority to gain a “foothold” in the country.

Last month, Prime Minister Benjamin Netanyahu instructed the head of the Communications Ministry to work on shuttering the station. Netanyahu urged ministry staffers to investigate the channel’s legality, particularly with regard to P.A. funding.

Riad Hassan, head of the Palestinian Broadcasting Corp., called the move “illegal” and said that two Israeli companies who produce content for the channel will contest the action in Israel’s Supreme Court.

The channel, which debuted last month, will continue to produce content from its other headquarters in Ramallah, in the West Bank. Hassan has said the station’s goal is to illuminate the “social, cultural and economic difficulties” of Arab-Israelis.