Nicky Hilton marries into the Tribe 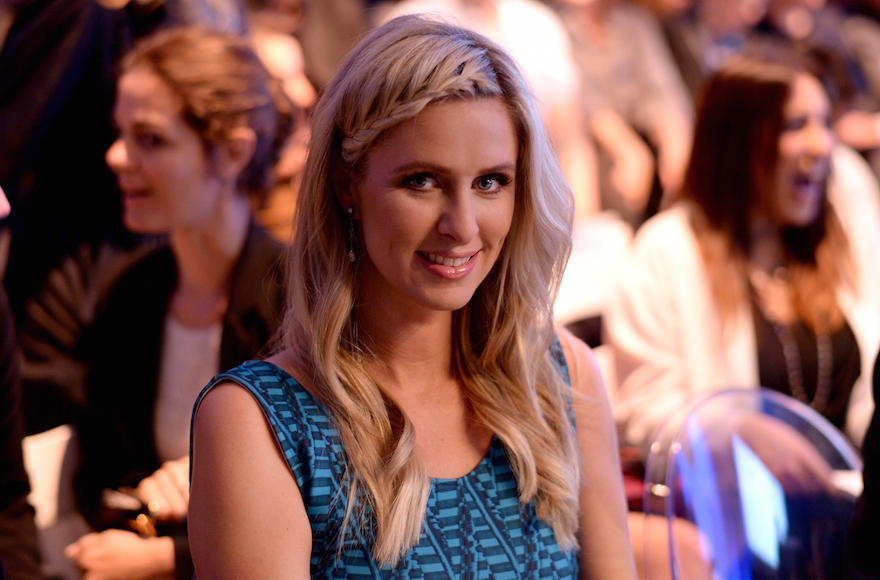 Nicky Hilton attends a runway at The Fashion Institute of Technology on April 30, 2015, in New York. (Dave Kotinsky/Getty Images)
Advertisement

Paying for the wedding was probably not a problem.

Last Friday, Nicky Hilton, heiress of the decades-old Hilton Hotel empire wed James Rothschild, scion of the centuries-old Rothschild banking family, in yet another high-profile union involving a Jewish groom. (Think Lauren Bush and Ralph Lauren, Chelsea Clinton and Marc Mezvinsky, Ashley Biden and Howard Krein and so forth. We’re not counting Ivanka Trump’s marriage to Jared Kushner, since she converted to Judaism.)

Some of Nicky Hilton’s relatives missed her wedding to James Rothschild… http://t.co/48jpM8SSaB pic.twitter.com/G9IK50Ni8i

For the London nuptials, in Kensington Palace, Hilton wore a strikingly modest long-sleeved gown, one that covered enough to meet the standards of even the strictest haredi Orthodox brides.

Sending all our best to Nicky Hilton on her marriage with James Rothschild wearing a custo… http://t.co/sEOiAwHGmU pic.twitter.com/igUTFW5Oyt

The menu was another story, however: crab and lobster Louis with spiced tomato and horseradish dressing, according to People Magazine.

While Hilton is not Jewish, her more famous older sister Paris and their father Rick Hilton last year were the target of anti-Semitic death threats.

Undeterred, Paris recently declared Swiss businessman Thomas Gross her “soul mate.” We’re not sure if he is Jewish or not, but the name could attract unwanted attention from crazed anti-Semites.