Instagram star The Fat Jew is now a top model 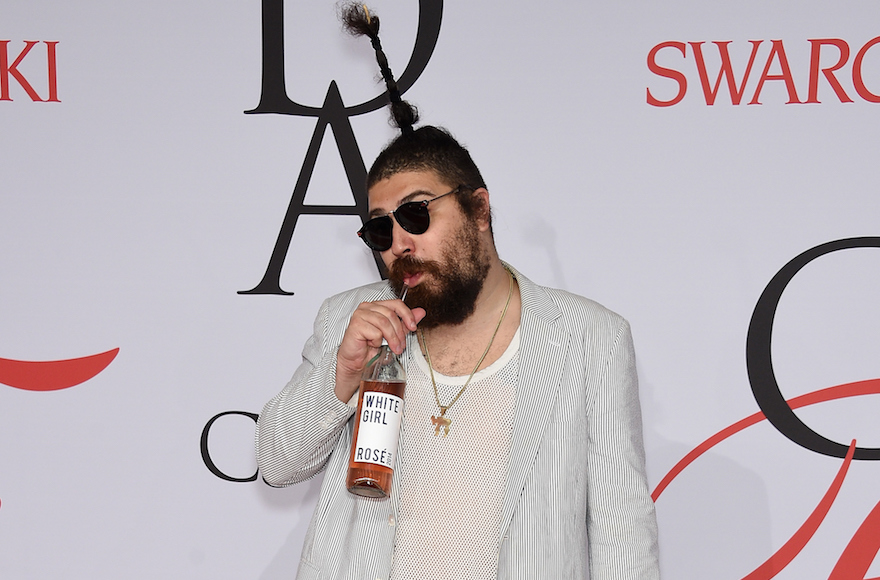 The Fat Jew sipping his own brand of wine on June 1, 2015, in New York. (Dimitrios Kambouris/Getty Images)
Advertisement

Josh Ostrovsky, aka The Fat Jew, is reportedly making an improbable transition from pudgy social media comic to fashion model.

Self-avowedly rotund, The Fat Jew, 30, recently signed a deal to join the likes of Israeli supermodel Bar Refaeli and Karolina Kurkova at One Management agency, according to The Hollywood Reporter.

He shared his long-term plans with the magazine: “Get uncomfortably famous, develop a raging drug problem, then spiral out of control and surround myself with people who only want to use me while simultaneously alienating people who actually love and care about me.”

“One of the first chapters is about how my mom slept with the famous children’s poet Shel Silverstein in the early 1970s, and how I recently got a paternity test done because I want him to be my dad so bad. If that’s not reason enough to read this book, I don’t know what is,” he said.

The Fat Jew is in fact Jewish. He grew up on Manhattan’s Upper West Side with a radiologist father and a nutritionist mother. His brother is an amateur bodybuilder who works at the Pentagon.

He once told The New York Times that he doesn’t consider his humor “Jewish.” But The Fat Jew said he favors the in-your-face style of comedians like Joan Rivers, and he certainly makes use of the Jewish brand — for instance, calling his skyward-pointed ponytail a “Jew unicorn.”

Asked by The Hollywood Reporter about the New York Post dubbing him “the model of the moment,” The Fat Jew said, “It feels gorgeous. I knew that having a mediocre body would one day become the new having a great body, and that time has finally arrived.”

He said he intends to continue eating a 100 percent carbohydrate diet and hopes that fashion shows will begin catering to his needs backstage — suggesting that Marc Jacobs invest in a nacho machine.