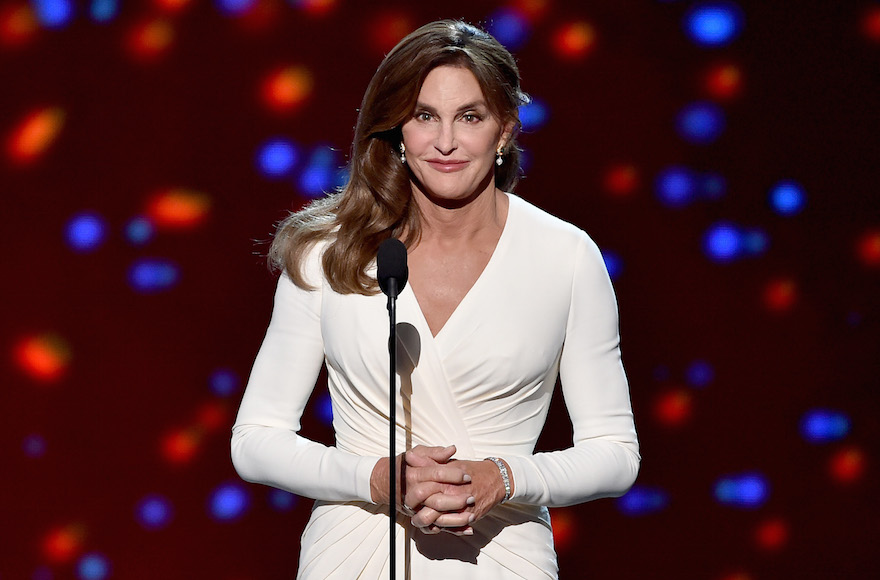 Journalist Zoey Tur, a transgender woman, has threatened Ben Shapiro, a right-wing political commentator who is an Orthodox Jew, with violence for publicly opposing social acceptance of transgender people.

In a heated panel discussion Thursday on the HLN television show “Dr. Drew On Call,” Shapiro said, “Why are we mainstreaming delusion?” And later: “The entire discussion is whether we are embracing mental illness and delusion as a society.”

Shapiro insisted on referring to Olympic athlete and reality TV star Caitlyn Jenner, who recently came out as transgender, by male pronouns. He did the same with Tur, a journalist on the panel with Shapiro. Tur warned Shapiro to stop or “go home in an ambulance.”

The Internet has since been abuzz with commentary, much of it angrily critical of Shapiro. On Friday, Tur agreed with a Twitter user who said he would pay to see her “curb stomp” Shapiro. The tweets have since been deleted.

Shapiro, a senior editor at right-wing website Breitbart News, does not shy away from controversy. In 2003, he advocated expelling the Palestinians from the West Bank — a view he later rejected.

And in 2013, he accused former U.S. Defense Secretary Chuck Hagel of receiving political donations from a group called “Friends of Hamas.” When it turned out the group did not exist, he simply said being corrected made him want to “do better.”

On Thursday, host Dr. Drew Pinsky asked Shapiro whether Caitlyn Jenner had deserved to win ESPN’s Arthur Ashe Courage Award the day before. Jenner achieved fame as Bruce Jenner, the winner of the 1976 Olympic decathlon and patriarch of the celebrity Kardashian-Jenner family.

Shapiro, clad in his usual black knit kippah, responded to Dr. Drew’s question by asking, “For what?”

“What exactly is the battle? I mean, self-definition is what you do, and my baby’s doing it at 18 months old. I was unaware that you get a medal for it,” he continued.

The panel temporarily moved on.

Tur, a pioneering journalist and special correspondent for TV news magazine “Inside Edition,” said: “Did [Jenner] deserve the honor? Probably not. Is she brave? Of course she’s brave. All those years invested as the sports legend, to come out transgender is horribly difficult. … Being brave is being yourself. And being transgender is about the bravest thing you can do.”

Interrupted and told he was being disrespectful by referring to Jenner by male pronouns, Shapiro rolled his eyes and stepped up the rhetoric.

“Forget about the disrespect. Facts don’t care about your feelings. It turns out that every chromosome, every cell in Caitlyn Jenner’s body, is male, with the exception of some of his sperm cells,” he said.

“It turns out that he still has all of his male appendages. How he feels on the inside is irrelevant to the question of his biological self.”

Tur wasn’t having it. Putting her hand on Shapiro’s shoulder, she said, “We both know chromosomes don’t necessarily mean you’re male or female. So you don’t know what you’re talking about, you’re not educated on genetics.”

Shapiro replied, “What are your genetics, sir?”

Tur then snapped, saying, “You cut that out now. Or you’ll go home in an ambulance.”

United by Shapiro’s unpopular stance, the other panelists accused him of being knowingly offensive. But he insisted he was simply making a case for sanity.

“It’s not a matter of aggressively insulting,” he said. “The entire discussion is whether we are embracing mental illness and delusion as a society.”

The incident has since been trending online, and social media users have lined up on either side.