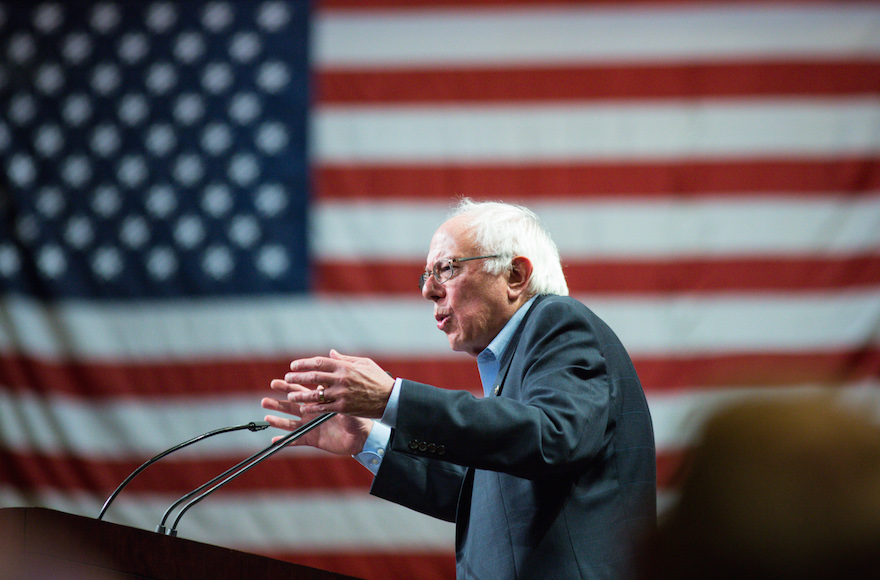 Democratic presidential candidate Bernie Sanders has never been shy about calling himself a socialist, a term that most other American pols, however liberal their stripe, take pains to abjure.

National Review’s Kevin Williamson has been tracking Sanders’ campaign for the nomination, and he said in an article Monday that “socialism” should be modified by “national.”

Williamson acknowledged that describing a Jew whose father’s family perished in the Holocaust as a Nazi has its problems, but found he had no choice, saying:

“He is, in fact, leading a national-socialist movement, which is a queasy and uncomfortable thing to write about a man who is the son of Jewish immigrants from Poland and whose family was murdered in the Holocaust. But there is no other way to characterize his views and his politics.”

There’s not a lot else of Sanders in the lengthy piece. There is a lot of what Williamson does not like, including Des Moines, Iowa, Nirvana and declarative sentences.

“Here in a dreary, rundown, hideous little corner of Des Moines dotted with dodgy-looking bars and dilapidated groceries advertising their willingness to accept EBT payments sits Drake University, where Bernie is speaking at Sheslow Auditorium, a kind of mock church — spire, stained glass, double staircase leading down to the podium for communion — that is the perfect setting for the mock-religious fervor that the senator brings to the stump. He is a clumsy speaker, pronouncing ‘oligarchy’ — a word he uses in every speech — as though he were starting to say “à la mode.” He’s one of those rhetorical oafs whose only dynamic modulations are sudden shifts in volume — he’s the oratorical equivalent of every Nirvana song ever written — and he is undisciplined, speaking for an hour and then pressing right through, on and on, feeling the need to check off every progressive box, as though new orbiters in the Bernieverse might think him a Rick Santorum–level pro-lifer if he didn’t lay his pro-choice credentials out on the table at least once during every speech,” he said.

Should Sanders take offense? Perhaps not. On Twitter, New Republic senior editor Jeet Heer delved into how National Review treated national socialism and its discontents in the distant past.