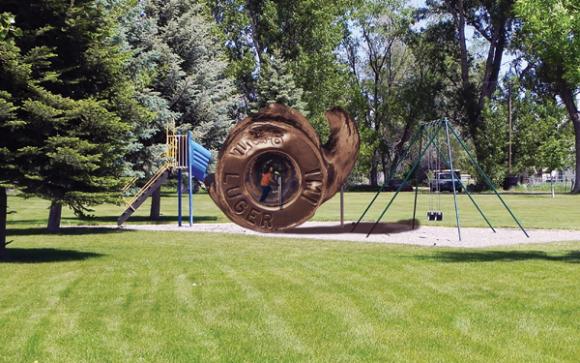 "We Live for Tomorrow" (OMTA)
Advertisement

When the Museum of Jewish Heritage — A Living Memorial to the Holocaust, together with the Jewish artistic community Lab/Shul — hosts “a curated night of performances, guided tours, sacred chants, art installations, and open conversations exploring the power of memory in the healing of trauma,” the program will no longer include artworks by Israeli artists Omer and Tal Golan.

The duo, which goes by the name OMTA, had originally been invited to participate in the July 25 event commemorating Tisha b’Av, the Jewish day of mourning. The Golans were to have shared a piece called “We Live for Tomorrow.” It’s a series of prints depicting a model for a children’s playground that would be made from replicas of the shrapnel pulled from Omer’s in the wake of a 2000 suicide attack he survived.

“It is a very powerful and intimate piece about conversation in an ideal space and imagining a peaceful tomorrow,” said Ronit Muszkatblit, co-artistic director of LABA, where Omer is a fellow and where he developed the “We Live for Tomorrow.”

And it seemed to fit the theme of the evening at the museum. Included in the program are readings, a workshop on “the practice of intimacy,” performance pieces, and musical storytelling. Writers, performers, and spiritual leaders and innovators will take part in a series of events on themes ranging from personal grief/collective mourning to various approaches to healing after trauma.

But earlier this month, the artists received an email from the Lab/Shul, informing them that they were no longer part of the program, after negotiations about which of the prints would be included had already concluded. In the email, Omer was told the Museum had concerns that “as a Museum that teaches a traumatic history and relies on objects to do so” the ramifications of OMTA’s work could be problematic. 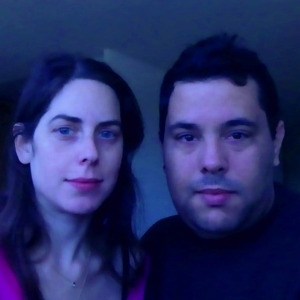 Omer Golan believes the decision reflects the ever-narrowing scope of what kinds of discussions about Israel are acceptable in Jewish spaces. He says it’s ironic because the piece itself isn’t political at all.

“This whole project is about social healing and conflict resolution,” Omer told JTA. “It’s not about the Israeli Palestinian conflict. This issue of collective trauma is very timely and very universal. You could put it in the World Trade Center.”

OMTA’s other work is in the field of new media — art that engages the viewer through a variety of digital technologies. The couple have a Google collaboration and a commission from the Tel Aviv Museum of Art under their belt.

Amichai Lau-Lavie, spiritual leader of Lab/Shul, said the piece’s exclusion was “absolutely not” political. “What we have here is a terrible case of miscommunication and a lack of process that honors the delicacy and depth of the piece,” he told JTA. “The folks at the museum said this needs more framing, this needs more context. It’s a powerful piece and we’re afraid people will be walking in and see this and not have the time or the capacity to unpack it.”

But Gabriel Sanders, director of public programs for the Museum of Jewish Heritage, had a different explanation. “This was not a political or philosophical matter. This was an aesthetic disagreement between two bureaucracies that are new partners in the process of trying to get into greater things,” said Sanders, referring to the museum and Lab/Shul.

“Historically speaking, one of the things that has distinguished the Museum of Jewish Heritage from the Jewish Museum uptown is that they are an art museum while we are not,” Sanders said.