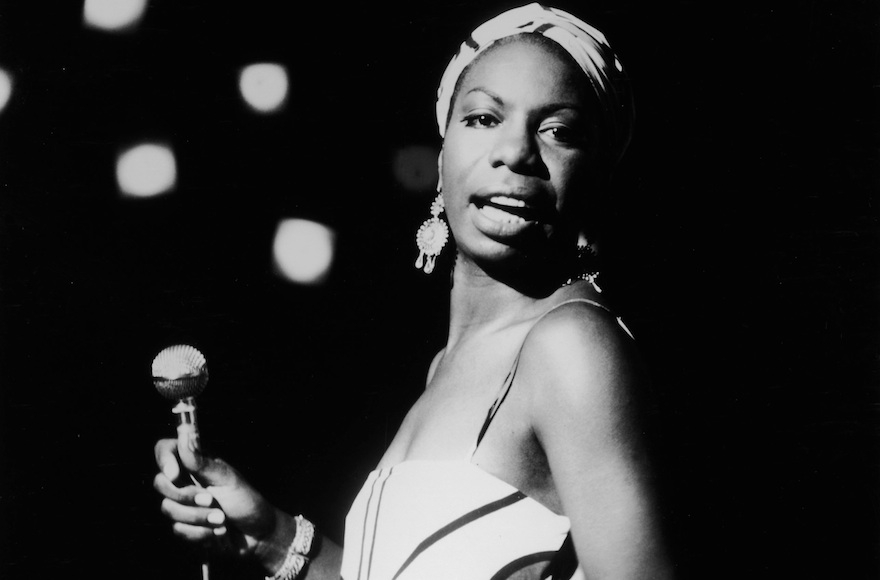 (JTA) — Jeff Lieberman was en route to a South Carolina screening of his first feature, “Re-emerging: The Jews of Nigeria,” when he realized how close he’d be to the tiny Blue Ridge Mountain town of Tryon, North Carolina. The New York-based filmmaker couldn’t pass up a side trip to the birthplace of Eunice Kathleen Waymon — better known to the masses as Nina Simone.

“I’d been a fan of hers since I was in high school, but always felt like I didn’t quite understand her,” said Lieberman, whose first encounter with Simone’s family and childhood friends led him to write and direct the new documentary “The Amazing Nina Simone.” “As I read more about her, I realized she had such an amazing backstory that I don’t think a lot of people know.”

Soon, however, those not familiar with Simone’s incredible story will only have themselves to blame. A half-century after the height of the singer and activist’s fame — and more than a decade after her death in 2003 — a new wave of attention is cresting. Lieberman’s is just one of three Simone-centered films to be released this year, part of a resurgence that also includes biographies, re-releases of her music and a new, star-studded tribute album, “Nina Revisited,” featuring the likes of Lauryn Hill and Usher.

What’s emerging is a complete portrait of Simone, from her sultry love songs (“I Loves You, Porgy”) to her strident civil-rights anthems (“To Be Young, Gifted, and Black”), as well as new perspectives on her sexuality, abusive marriage and bipolar disorder that she battled most of her life. Though her views on black liberation leaned more Malcolm X than Martin Luther King Jr., her influences and affinities were as broad and cross-cultural as her appeal.

That Simone’s story jibes with today’s headlines means it’s not just her music but her message that resonates.

“Anytime would be the right time to tell Nina Simone’s story,” said Liz Garbus, director of the documentary “What Happened, Miss Simone?,” comprised almost entirely of previously unseen archival video and audio, that debuted on Netflix in June. “However, as it turned out, there has been a rebirth of awareness and dialogue about racial injustice in our country.

“The events of Ferguson were unfolding while we were in our edit room cutting in the pictures of armed guards dispersing protesters. [Hers] is a uniquely needed voice right now.”

There’s even a bit of controversy: The biopic “Nina,” due out later this year, has inspired online petitions over the casting of the light-skinned Dominican/Puerto Rican actress Zoe Saldana as Simone. The script has also antagonized her biggest fans and chroniclers.

“So much of the story was fabricated,” Lieberman said, “which was unnecessary given how dramatic Simone’s story is.” 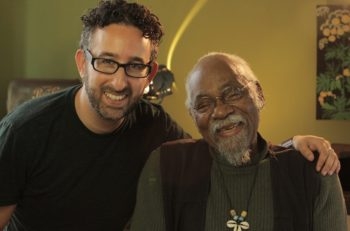 Filmmaker Jeff Lieberman, left, with musician Emile Latimer, who collaborated with Simone and was a mentor to many. (Cheryl Gorski)

Born in 1933 to a poor yet prominent family, Eunice was playing the church organ by the age of 3 and mastering Bach a few years later — a rare talent only more remarkable in the Jim Crow South. Her neighbors banded together to send her to New York’s eminent Juilliard School, where she was determined to become “the world’s first black classical pianist,” as she later wrote.

A rejection by the esteemed Curtis School of Music in Philadelphia — Simone would forever attribute the turndown to racism, though gender discrimination was as likely to blame — altered her trajectory and identity. To make ends meet, she took a piano-playing gig in an Atlantic City bar, where she sang publicly for the first time, as the job required. She changed her name, lest her mother find out how low she’d sunk.

But Simone didn’t remain undiscovered for long. Barely 30 when she made her solo debut at Carnegie Hall in the spring of 1963, the sold-out show in New York City heralded her arrival as “the High Priestess of Soul.” The set list, however, revealed the diversity of her musical influences and inclinations: Among the mix of jazz, gospel, blues and folk were Jewish and Hebrew melodies, including “Od Yishama,” “Eretz Avat Chalav” and a couple of instrumentals listed as “Shalom Shabat”and “Vaynikehu.”

That night was a defining moment for Simone in more ways than one: After the concert, her friend Lorraine Hansberry, the celebrated playwright, called not to congratulate her but to share the bigger news of that day: Dr. King had been jailed in Birmingham.

“What are you doing for the movement?” Hansberry asked.

That summer’s murder of NAACP leader Medgar Evers was “the match that lit the flame” for Simone, and she agreed to perform at an integrated concert in Alabama, where she met King.

“She doesn’t say, ‘How do you do?’ or anything,” her longtime guitarist Al Schackman, who Simone described in her autobiography as a “gawky Jewish kid,” recalled in both films. “She says, ‘I’m not nonviolent!’”

Within a year she was back at Carnegie Hall, debuting her first protest song, “Mississippi Goddam,” for a mostly white audience.

“I composed it out of pure anger,” she wrote.

Today, those who have experienced discrimination can find comfort in Simone’s courage. At a time of very public discourse on race relations, combined with nostalgia for her unmistakeable contralto, Simone holds powerful appeal. In mid-July, Lieberman hosted a screening of his film in Harlem, followed by the “Largest Ever Nina Simone Dance Party.” Nearly 1,000 people showed up.

“As a Jewish filmmaker, I’m interested in exploring issues of identity and origin and ancestry, and finding a place as a minority in a larger society,” he said. “[Being Jewish in America] is very different from the African-American experience, but it has some parallels.”

Far beyond what he could include in the film, Lieberman discovered ways in which Simone’s life was impacted by Jews. Several of her early mentors and fellow musicians were Jewish men, and during her later nomadic years — Simone lived in Liberia and France — she spent several weeks in Israel.

“She found peace with some musicians there, and at the beach,” he said.

While Garbus says that “a feeling of humanism runs through all my work” and her own “tradition of Judaism and humanism are intertwined,” she was, like Lieberman, primarily driven to reveal an artist who has been misunderstood — and whose work remains powerfully relevant.