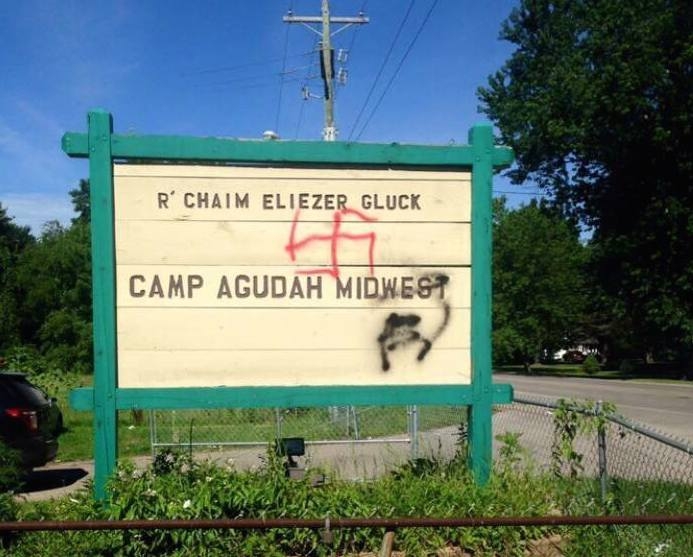 A swastika was spray-painted on a sign outside Camp Agudah Midwest on July 25 or July 26, 2015. (Facebook)
Advertisement

(JTA) — The FBI is investigating anti-Semitic vandalism at a Jewish summer camp in Michigan.

At least two people spray-painted a swastika on a sign outside Camp Agudah Midwest, an Orthodox overnight camp in South Haven, on Saturday night or Sunday morning, The Associated Press reported. The vandalism coincided with the holiday of Tisha b’Av, when Jews mourn the destruction of the ancient Temples.

Vandals also damaged a building at the camp and spray-painted swastikas on a nearby picnic table and car.

In the aftermath of the incident, the camp said it hired a night security guard and stepped up security.