Emerging GOP debate on Iran deal: To Huckabee or not to Huckabee? 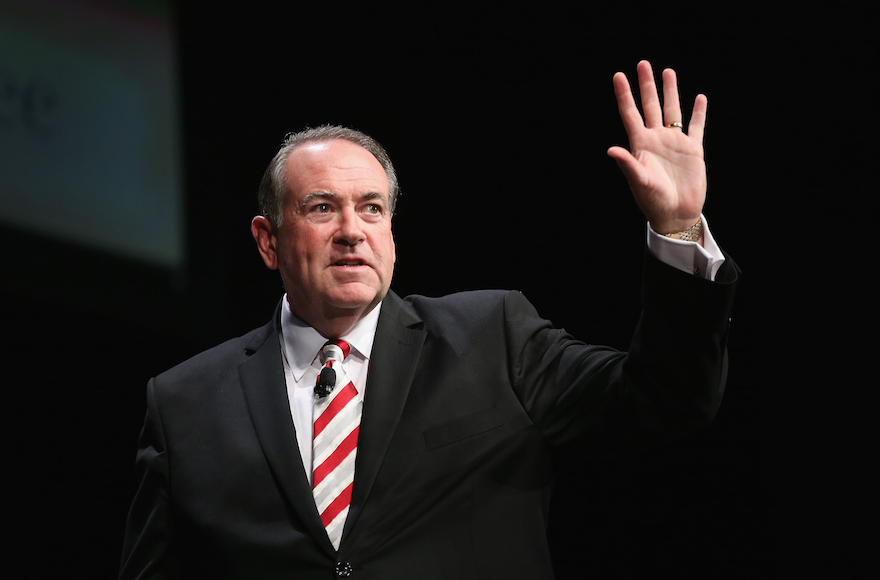 There isn’t much debate among the 15+ GOP presidential candidates over the Iran deal — they all say it’s a disaster. But there has been some back and forth over just how far it’s OK to go in criticizing the deal. Here’s how candidates have lined up on the issue.

The “Obama is marching Israel to the gas chambers” camp

Mike Huckabee: The question of how much is too much emerged this week when Huckabee told Breitbart News that by trusting the Iranians, Obama “will take the Israelis and march them to the door of the oven.”

In playing the Holocaust card, Huckabee pulled off the double miracle of stealing the media spotlight from Donald Trump for a few news cycles and spurring several GOP hopefuls to come to the president’s defense.

“I think what [Huckabee is] really trying to say is we’re in a bad place,” Cohen said, adding that he lost family members in the Holocaust and does not want to see it happen again. When pressed on the issue by Cuomo, Cohen said that Trump is not offended by Huckabee’s remarks because Secretary of State John Kerry is pushing an “agenda” on Iran that is a complete “disaster.”

Ted Cruz: Before Huckabee dropped his rhetorical bombshell, Ted Cruz declared: “If this deal is consummated, it will make the Obama administration the world’s leading financier of radical Islamic terrorism.”

The “Huckabee/Cruz went too far” camp

Jeb Bush: “Look, I’ve been to Israel not as many times as Mike Huckabee, who I respect. But the use of that kind of language, it’s just wrong. This is not the way we’re going to win elections, that’s not how we’re going to solve problems,” he said on MSNBC.

Chris Christie: “I don’t agree with the hyperbolic nature of the comment, and I also think that it’s somewhat offensive to the Israelis. … Israelis have a right of self-determination … they have the right to defend themselves. No one is going to lead them anywhere. Prime Minister Netanyahu and the Knesset are going to make a judgement about what they want to do to protect Israel’s national security. So, I thought it was kind of off-key in a number of different ways, and something I wouldn’t have said,” he told John Heilemann on Bloomberg Television.

Lindsey Graham: “I don’t question President Obama’s motives,” Graham told Buzzfeed. “That’s where Mike has gone down the wrong road. I like Mike Huckabee, but this is about the most sensitive subject matter I can imagine. I am not accusing President Obama of marching the Jewish people to the ovens. I’m accusing him of misjudging our adversary, the Iranian Ayatollah, and constructing a deal that will empower them, that will create a certain nuclear arms race. Not his motives, but the outcome. … I think we can get a better deal, we must get a better deal. But I don’t want to do anything to hurt our cause of stopping this deal, and this kind of rhetoric does not help.”

Mitt Romney (still time for him to hop in): “I am opposed to the Iran deal, but @SenTedCruz is way over the line on the Obama terrorism charge. Hurts the cause,” he wrote on Twitter.

I am opposed to the Iran deal, but @SenTedCruz is way over the line on the Obama terrorism charge. Hurts the cause.