Get your kosher dogs at Dodger Stadium! 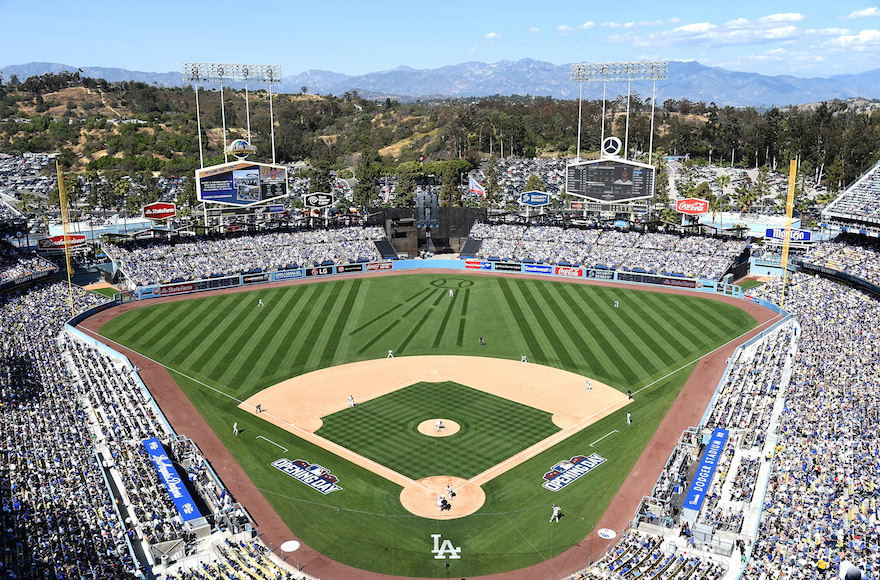 (JTA) — The Los Angeles Dodgers may never achieve the lore of their brethren in Brooklyn, but now at least they’ve brought a bit of Brooklyn to the West Coast — in the form of hot dogs.

Earlier this week, Dodger Stadium opened its first kosher hot dog stand, Jeff’s Gourmet Sausage Factory. The stand, which is open for the season’s remaining home games — except for those on the Jewish Sabbath and holidays —  is serving up three versions of its titular tube steak: regular and jalapeno, both $9, and sweet Italian sausage, $10.

The hot doggery, which opened Tuesday, was a welcome development for Dodgers’ fans and observant Jews alike.

“It was inconceivable to me that the second largest Jewish community in America does not have a kosher dog stand,” Michael Berenbaum, a professor at American Jewish University in L.A. and an outspoken advocate for a kosher dining option at the stadium, told the Jewish Journal. “It felt absolutely terrific to have a hot dog with all the trimmings.”

The Dodgers, of course, have a long history of Jewish ties, notably players from the legendary lefty Sandy Koufax — he moved with the club to Los Angeles for the 1958 season — to the current center-fielder, Joc Pederson. But at Brooklyn’s Ebbets Field, the hot dogs weren’t kosher. 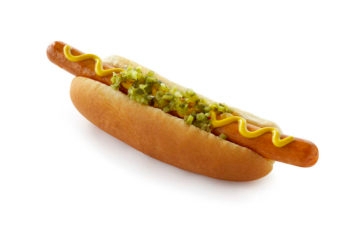 The famous Dodger Dog is 10 inches long but not kosher. (Wikimedia Commons)

In other Jewish-related snacking news: Lay’s recently unveiled four new potato chip flavors as part of its annual “Do Us A Flavor” contest in which average folks dream up their wackiest ideas for  tastes. The finalists this year are Greektown Gyro, West Coast Truffle Fries, Southern Biscuits and Gravy and — wait for it — New York Reuben.

While not technically kosher — most Reuben sandwiches have Swiss cheese, along with corned beef and sauerkraut — it’s a flavor evocative of Manhattan and its Jewish-style delis.

You can vote for the Reuben chip here (or not — reviews of the offerings have been mixed, to say the least). Serving a kosher hot dog on the side is strictly optional.