The best and worst driving music, according to Israeli research 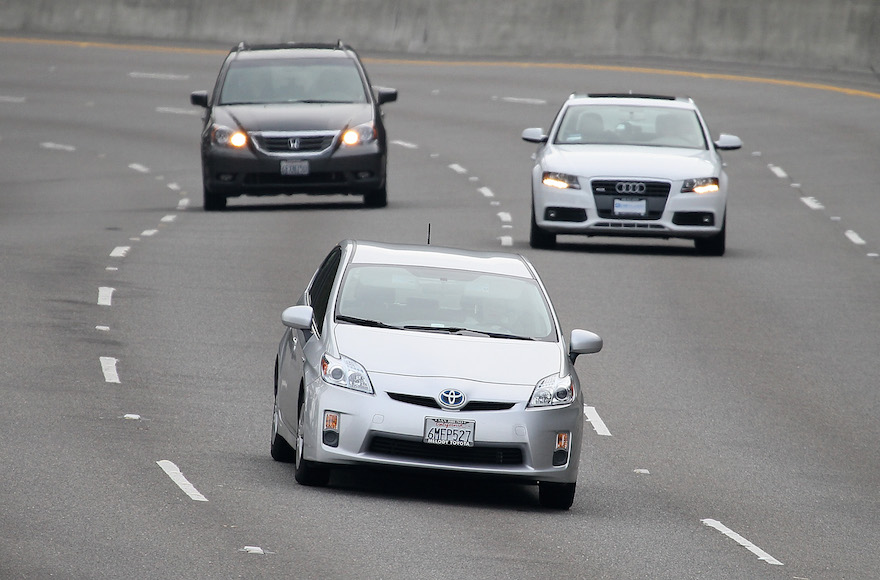 (Washington Jewish Week via JTA) – Israeli research has bad news for music lovers: When your favorite song comes on the radio, it may make you a worse driver.

“The research is irrefutable that listening to music in the car affects the way you drive,” especially if it’s a song you’re “involved with,” Brodsky said in a telephone interview last week. If a song jogs a memory or frequently changes tempo and volume, it’s distracting you from driving, he said.

Brodsky, director of music science research at Ben-Gurion University of the Negev and a Philadelphia native, laid out his findings across 400-plus pages in his book, “Driving with Music: Cognitive-Behavioral Implications,” published in April.

Like texting, eating, putting on makeup or having a conversation, he warned, listening to music while driving is a potentially deadly distraction.

Whether it’s rap, hip-hop, classical or rock, music that gets you singing along or drumming the steering wheel could increase the risk that you’ll change lanes without realizing it or react too late to avoid a crash, Brodsky said.

Brodsky spoke from personal – not just academic – experience. He admitted there are songs that take him right back to his basic training in the Israeli military. An old hit comes on, and suddenly he’s reminiscing about the three years he spent in the Israel Defense Forces entertainment groups, playing electric bass guitar.

Other times, he said, a song he has never heard comes on the radio, and he’s more focused on the new lyrics than on the road.

“Driving with Music” is based on Brodsky’s 2013 study with co-researcher Zach Slor, which tracked 85 drivers ─ all teenagers who had been licensed for at least seven months.

The participants each drove with an observer six times for a total of more than four hours. While behind the wheel, they sometimes listened to their favorite music. On other trips, they listened to background music provided by the observer or no music at all.

When their favorite music was playing, the young drivers were involved in the greatest number of miscalculations, motor vehicle violations and incidents of aggressive driving, according to the study titled, “Background Music as a Risk Factor for Distraction among Young-Novice Drivers.”

Funded by the Israel National Road Safety Authority, the research focused on young drivers, because they tend have the most accidents and fatalities.

Fortunately, the findings don’t mean you need to have your car stereo removed. After all, doctors don’t tell patients with high cholesterol to stop eating, Brodsky noted. More to the point, he said drivers’ minds tend to wander without the help of background music.

Rather than cruising in silence, Brodsky suggested listening to well-balanced music without lyrics and with a steady rhythm and tempo. Even this kind of music shouldn’t be familiar, he said. (Maybe it’s time to get into Philip Glass.)

Such background music “allows us to stay in a certain kind of emotional place” without distracting from the road, he explained.

So “Hit the Road Jack.” Just try to remember, Brodsky said, “You are not jogging. You are not in a spinning class on a bike. You are in a car.”