Al Franken backs Iran deal, 5th of 9 Jewish Senate Democrats to do so 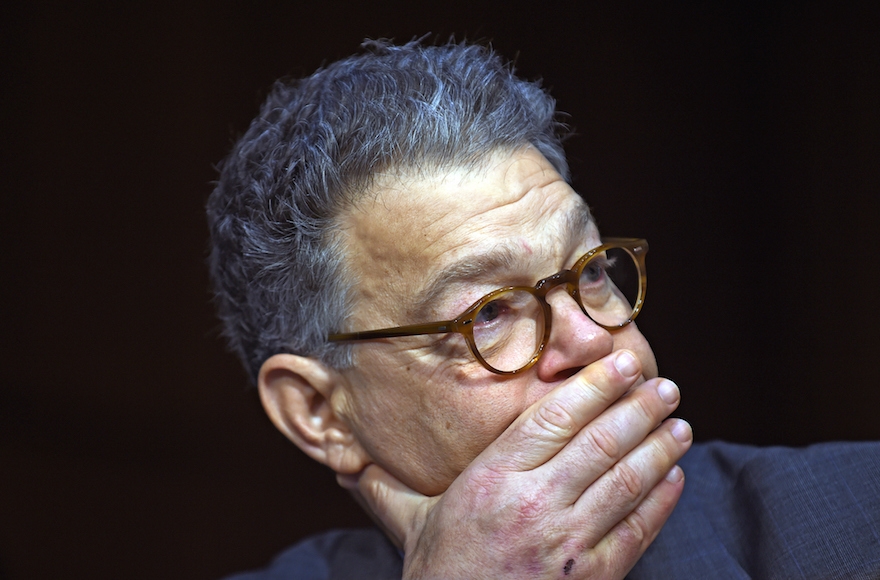 “Many have expressed reservations about the deal, and I share some of those reservations,” Franken, D-Minn., wrote in an op-ed published Thursday on CNN’s website.

“It isn’t a perfect agreement,” he said. “But it is a strong one. This agreement is, in my opinion, the most effective, realistic way to prevent Iran from getting a nuclear weapon anytime in the next 15 years.”

Among Jewish Democratic senators, or those who caucus with Democrats, Franken joins Dianne Feinstein and Barbara Boxer of California, Bernie Sanders, a Vermont independent, and Brian Schatz of Hawaii in supporting the deal. Among the four other Jewish senators, only Charles Schumer of New York has come out in opposition. The others, all Democrats — Ron Wyden of Wyoming; Ben Cardin of Maryland; and Richard Blumenthal of Connecticut — have yet to declare.

Overall 18 senators, all caucusing with the Democrats, back the deal. A majority in the Republican-led chamber is likely to favor a bill that would kill the deal. President Barack Obama needs 40 out of 100 senators to block any rejection of the bill from advancing, and 34 to kill any chances of overriding his promised veto of any such measure.

Franken said that the international community should use the next 15 years, after which key aspects of the deal expire, to prepare to keep Iran from acquiring a nuclear weapon.

“We also must begin now to make the case to the world that the danger posed by an Iranian nuclear weapon will not expire in 15 years — and remind Iran that, should it begin to take worrisome steps, such as making highly enriched uranium as that date approaches, we stand ready to intervene,” he wrote.

Others backing the deal are Carl Levin, a former Democratic senator from Michigan who retired last year and was a longtime leader on the Senate Armed Services Committee, and former Sen. John Warner, R-Va., another longtime Armed Services leader. Levin, who is Jewish and whose brother, Rep. Sander Levin, D-Mich., favors the deal, and Warner argued in a Politico op-ed Thursday that defense hawks should back the deal.

In the U.S. House of Representatives, Rep. Alcee Hastings, D-Fla., this week became the first black Democrat to oppose the deal and say he would vote to reject it.

Israel’s ambassador the United States, Ron Dermer, has worked hard to repair relations with the Congressional Black Caucus. Israeli Prime Minister Benjamin Netanyahu’s March 3 speech to Congress opposing the Iran deal, arranged with the Republican leadership without the knowledge of the Democratic leadership or the White House, drew the angriest responses from black lawmakers.

Ten Democrats in the House have said they will support a bill rejecting the deal. Opponents need at least 44 Democrats to override a veto.