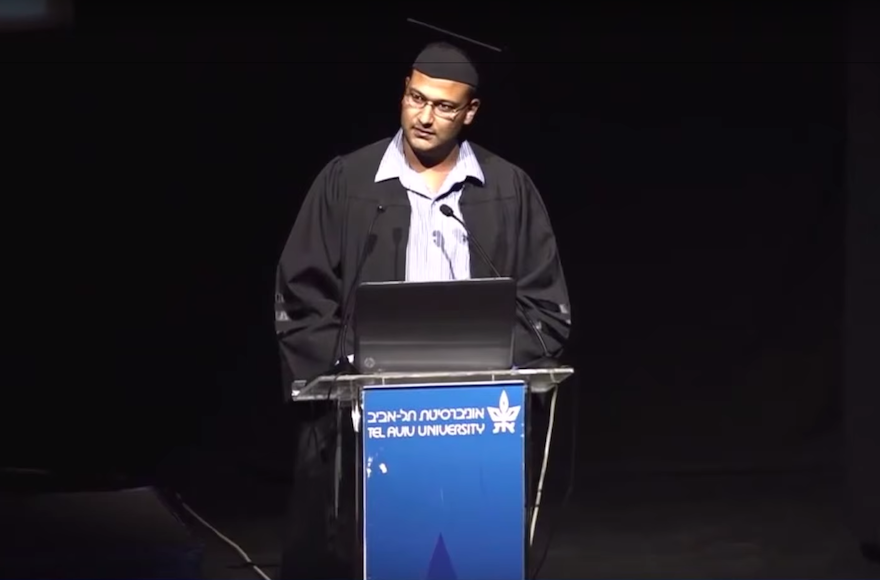 International master’s students at Tel Aviv University were graced with such a speaker at their graduation last week. The class valedictorian, Haisam Hassanein, was brought up in rural Egypt – a place not exactly renowned for its pro-Israel feelings. But in a speech that is sure to be cited for years to come, Hassanein praised Israel as a haven of diversity and co-existence.

“If you think you heard a million reasons why not to come to Israel, I heard a million and a half,” Hassanein said. “Growing up in Egypt, the entire country had opinions about Israel, and none of them were positive. All we knew was that we had fought bloody wars, and that they were not like us.”

Hassanein said that his first exposure to Israel in Egypt was through anti-Semitic and anti-Zionist music and television that depicted Israelis as spies and thieves. He said he expected to find Israelis “unfriendly,” but as soon as he arrived in the country, any anxieties he had quickly dissipated.

“On my very first day here at the university, I saw men in kippahs, women in headscarfs and hijabs. I saw soldiers walking peacefully among crowds of lively students. I learned there were people of every kind in the university, and the university had a place for all of them — Jews, Muslims, Christians, Druze, Bedouins and even international students,” Hassanein said.

“We must always question our assumptions. Being here in Israel has taught me that life is full of paradoxes and complexities — that nothing is straightforward, and that things are often not as they are made to seem.”