DJ diplomacy: 2 nightclubs in Tel Aviv and Berlin celebrating a half-century of friendship 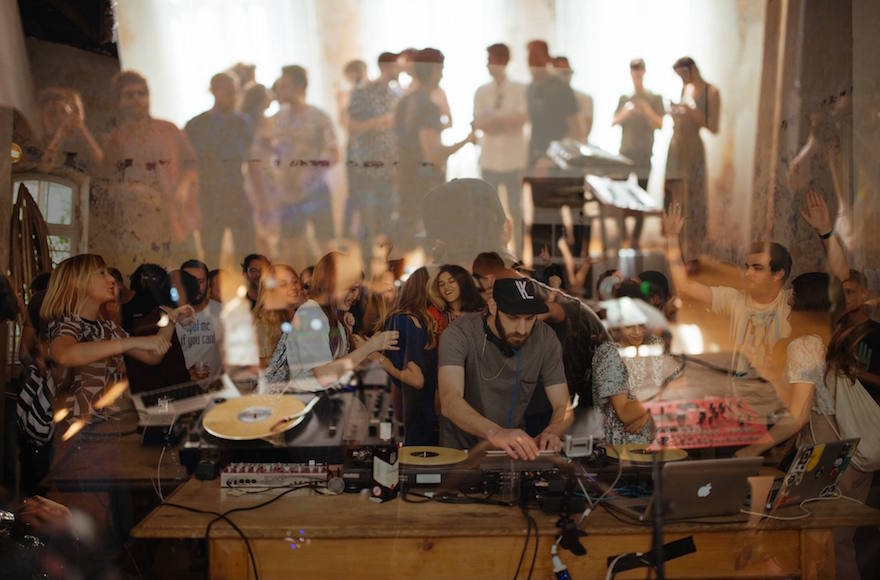 TEL AVIV (JTA) – Back in the summer of 1965, the first West German ambassador to Israel, Dr. Rolf Pauls, an ex-Wehrmacht officer, memorably kissed the hand of then-Foreign Minister Golda Meir. It was part of the early stages of official diplomatic relations for Germany and Israel — even if it was cold, informal and marred by protests.

What a difference a half-century makes.

Today, Israel and Germany have doffed their starched formality and emerged as true partners. More than just allies, the two nations can today call themselves real friends. This year they are marking 50 years of formal relations with a slew of ceremonies and official events.

Nowhere is this post-Holocaust evolution more passionate than in the romance between Berlin and Tel Aviv. The two cities, whose mutual admiration blossomed in tandem with a shared renaissance in the early 2000s, share the same kind creative energy, rough-around-the-edges urban charm and hipster-infused youth culture.

So it’s fitting that in the midst of the many starched-shirt commemorations marking Israel and Germany’s half-century of relations, Tel Aviv and Berlin are making their own little celebration — and doing it entirely their own way. On Aug. 27, these joint capitals of cool will mark a half century of mutual admiration in a manner that befits the gritty creativity that has put them both on the map: a foreign exchange of the cities’ best-loved DJs beamed live from a pair of local nightspots and sent via the airwaves back across the continents.

Israelis feel so at home in Berlin that thousands have moved there in recent years. Somewhere between 10,000 and 15,000 Israelis have traded Dizengoff Street for Alexanderplatz, according to the Israeli Embassy in Berlin. The Tel Aviv-to-Berlin exodus received considerable media coverage last year when an Israeli living in Germany made note of how much lower Berlin’s cost of living was compared to Tel Aviv — most notably that pudding was four to five times cheaper in the German capital, which led to the viral “Milky protest” campaign, a reference to the popular Israeli brand. 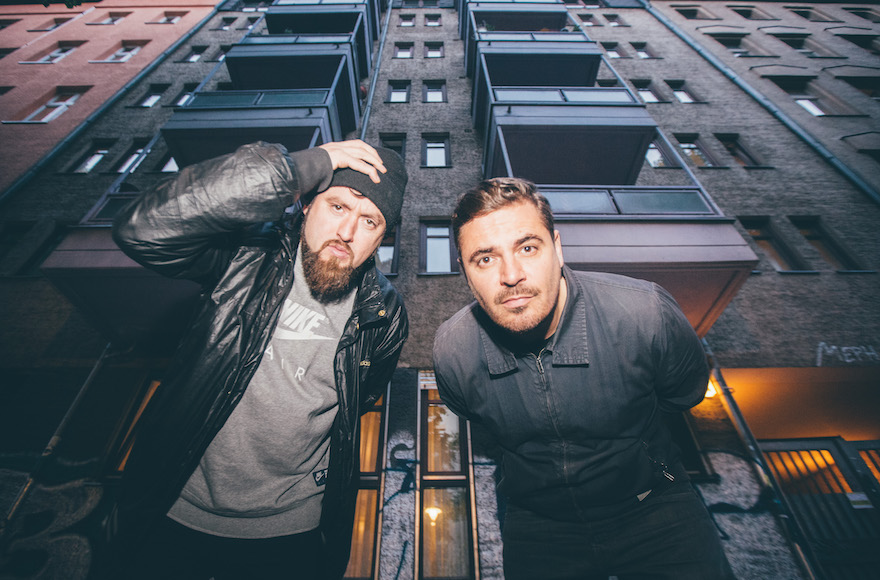 Berliners are not packing their bags and relocating to Tel Aviv at the same speed, but they certainly love to visit. Germany is the fourth-largest market for tourists to Israel after the United States, Russia and France, according to the Israeli Ministry of Tourism. (And among all tourists, Tel Aviv is the second-most visited place after Jerusalem.) Today, thousands of young Germans are traveling to Israel to learn more about the Jewish state and gain a deeper insight into their own country’s troubled past. Tel Aviv is almost always where they set up camp.

“Music is a language that everyone understands, and music is above our shitty politics,” says Claudia Frenzel of Wanted! International, the company producing the event on the German side.

Frenzel, who lives in Berlin, fell in love with the Israeli music scene during a trip here in 2003, when she wandered into a record store and was exposed to the Hebrew hip-hop of Muki and HaDag Nahash. The sounds were so fresh, and so unlike any Israeli music she had ever heard before, Frenzel says, that she became determined to expose the two groups to German listeners. This month’s exchange, which is cheekily being called “Charles Alma” — the joint surnames of both nightclubs — comes after a number of shared projects spearheaded on the German side by Frenzel.

READ: Israeli expats flocking to Berlin for the culture — and the passport

“It’s easy to present Israeli artists in front of an Israeli crowd in Berlin, but that was never our aim,” she says of her work with Wanted! “We were always thinking of how to get this great music to all kinds of people, no matter where they are from.”

The festivities will kick off with Tel Aviv’s Kuli Alma nightclub welcoming the German hip-hop DJs The Beathoavenzs. In Berlin, the Prince Charles nightclub in the hip Kreuzberg district will at the same time offer its stage to Tel Aviv spinners Yarin Lidor and Nadav Neeman.

As the musical ambassadors play their sets, Germany’s DRadio Wissen and Israel’s Kol Israel 88FM will broadcast them in tandem, creating a foreign exchange of club-level diplomacy. 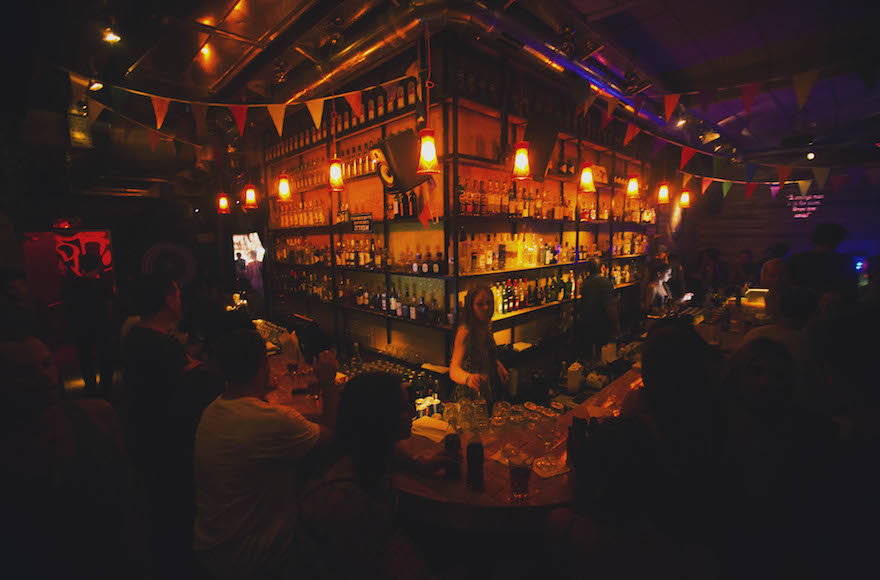 On the Israeli side, production of the event is being managed by Kuli Alma, a multifaceted, street-art splashed nightspot on Yehuda HaLevi Street, where art installations and film screenings are as much a draw as the pulsing dance floor. For Jonathan Lipitz, one of the club’s seven owners — he had his own personal love affair with Berlin — a night of shared music makes sense. After all, he says, Berlin and Tel Aviv are, in some ways, cultural conjoined twins.

“Both cities had a rebirth about 20 years ago,” Lipitz says. “When you took down the wall in Berlin, you unleashed something that wasn’t there before. It was like a trigger that unleashed something, made art more exaggerated, and club culture, too.”

In Tel Aviv, of course, there was no city wall to tear down, but Lipitz nevertheless says that politics have shaped the city’s creativity.

“We don’t have a physical wall here, but we can’t travel freely to the countries around us, so in the same way things build up, they bubble, they feel more intense,” he explains.

The Charles Alma weekend of club-level diplomacy, Lipitz adds, is an ideal answer to those walls because it proves that diplomacy can feel as fluid as the beats on a dance floor.

“This is the new world,” he says. “You don’t need a tie or a suit to be an ambassador. You just have to represent a place and go abroad, and watch as a relationship gets stronger and closer.”