Heinz no longer qualifies as ketchup in Israel 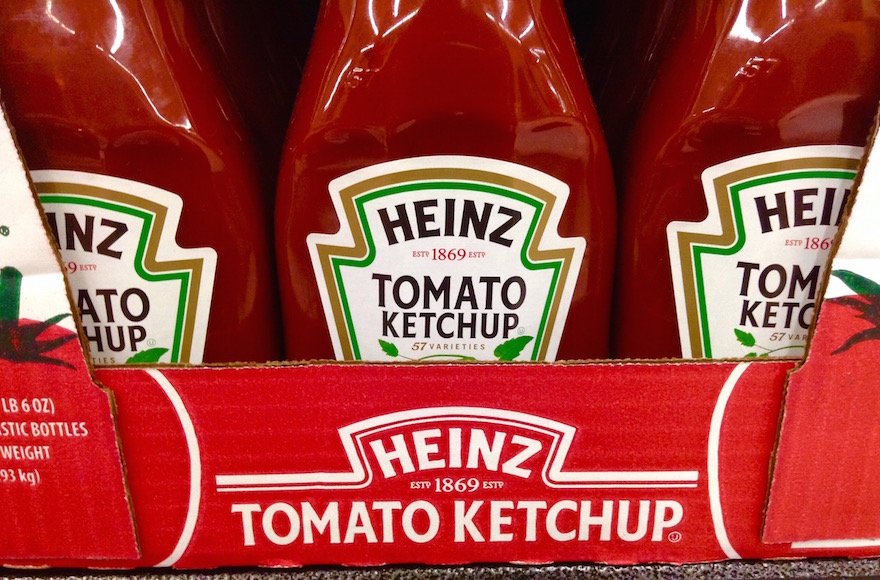 In the United States, Heinz is nearly synonymous with ketchup, but Israel has kicked the brand out of that category of condiments.

Israel’s Health Ministry ruled recently that the Heinz product does not contain enough “tomato solids” to be labeled as ketchup in Israeli stores. It will be relegated to the title “tomato seasoning,” Ynet reported.

The ruling followed a lobbying campaign by the Israeli food manufacturer Osem, which produces much of the ketchup consumed in Israel. Israelis have long complained that local monopolies distort the economy, especially the food market, leading to high prices on products like cottage cheese and Milky brand pudding.

The letter sparked a war of words between Osem and Diplomat, the company that distributes Heinz ketchup in Israel. Osem controls about two-thirds of the market for Israeli ketchup, leaving Heinz a distance second in terms of sales.

“Obviously, Osem, which has a monopoly, would be happy if it were only possible to sell their product in Israel,” a spokesman for Diplomat told Ynet in January. “But Osem’s claims have no substance.”

Osem fired back, claiming that no one else had raised legitimate concerns about the composition of Heinz’s product.

Diplomat is petitioning to change the Health Ministry’s standards in order to allow Heinz to qualify again as ketchup, Haaretz reported.

In the meantime, consumers may be left wondering about Heinz ketchup’s actual tomato content.